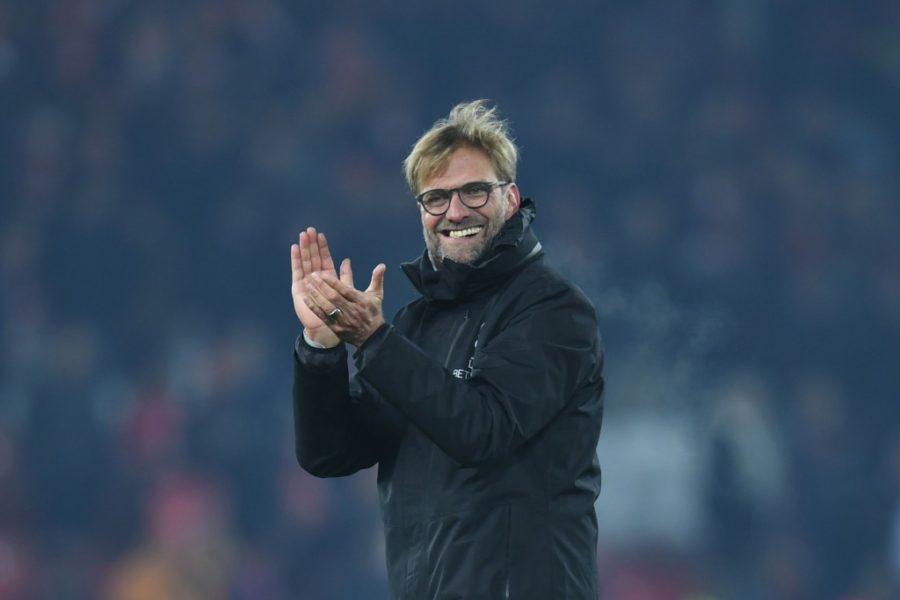 Thirteen matches into the Premier League season and the cream is beginning to rise to the top. It just so happens that there’s three different types of cream, and they’re all really good. There’s also these two substances from North London trying to get in on things. Somewhere in the midst of it all is an underachieving group of devils.

Here is a quick look at the six sides likely to compete for a Premier League title in the subsequent 25 matches of this season. We begin at the top.

Antonie Conte. N’Golo Kante. At Stamford Bridge, it doesn’t matter how you spell it, as long as you’re in first place. The former Juventus gaffer, Conte, has come in and rejuvenated the Blues and their fans. The defensive midfielder who was the centerpiece of Leicester City’s improbable Premier League trophy hoist last season, Kante, has been right in the thick of the good fight with his new club as well. Maybe Kante is at his best when playing for Italian managers in the Premier League. Maybe this unique 3-4-3 formation employed by Conte, which often looks more like a 7-3, perfectly suits Kante. Either way, he has picked up right where he left off, and has a much stronger supporting cast around him this season. With everyone from Eden Hazard and Diego Costa to Victor Moses pitching in with big goals in big moments, Chelsea look poised to take a serious crack at the league title.

In his first full season in charge at Anfield, Jurgen Klopp knew he had a fantastic opportunity to attain success in the Premier League. With no European football, the Reds knew they could have an added focus level for each league game. With Klopp’s high pressing, “heavy metal football” style of managing, the extra rest could also prove a major blessing for Liverpool players down the stretch of this campaign. There is an injury scare currently with Phillipe Coutinho, and the Reds can ill afford to lose their Brazilian playmaker. If there is one area where Liverpool are lacking in comparison with the other sides at or near the top of the table, it’s depth. That and defense, which they say wins championships. But don’t completely slag off the Liverpool backline. The team’s given up just one goal in their last three games. It’s gonna take everything going right for Liverpool to mount a serious title challenge. There’s no questioning the leadership, only the level of luck and good fortune to be bestowed by the footballing Gods.

It’s been a topsy turvy run of things for Pep Guardiola in his first season as a Premier League manager. The Man City boss has seen his team go five straight in all competitions without a win. He’s also seen them play utter world-class soccer that should be the envy of most any team. The health of Sergio Aguero is paramount to City’s title aspirations. The play of Kevin De Bruyne has been vital to the successes that City has seen early on in the league season. Champions League efforts may take their toll on the legs of the squad, but thankfully for Pep, he’s got as deep of a roster as exists in the Premier League, or any competition for that matter. He’s also got Yaya Toure back in the side and somehow in tip-top form, as if nothing ever changed for Mr. Birthday Cake.

Even after just thirteen games, it just seems fitting that Arsenal are in their rightful home of the last decade plus. Fourth place suits Arsenal like a warm winter’s glove. Now, they are of course just three points back of Chelsea in first, and the Gunners have been putting in gritty performances in the league, an adjective we don’t often apply to the Arsene Wenger led side. In addition to the spine that has been on display, Theo Walcott is having a renaissance of sorts, looking absolutely electric on a number of occasions this season. Mesut Ozil is scoring stunners across all competitions. Alexis Sanchez looks like he is in full swing for another run at a POY award. But do the Gunners have enough in their tank to make a run at the title, while also balancing their Champions League aspirations? Most people would say no. Recent history would agree.

All good things must come to an end, and so did Tottenham’s twelve match unbeaten run to start the Premier League season. It was not  a dominant streak, as Spurs drew as many matches as they won in that spell. They had a tough task to close out November, heading to Stamford Bridge to play Chelsea. It was the first meeting between the two sides since May of this year, when Eden Hazard and Chelsea helped to clinch the title for Leicester City with an enthralling 2-2 draw with Tottenham. This time around, Spurs led 1-0 thanks to a beautiful goal from Christian Eriksen until two late Chelsea goals, including the winner from Victor Moses, saw the Blues launch back to the top of the table and hand Tottenham their first loss of the campaign. It’s now been 26 years since Tottenham last won at Stamford Bridge. 1990!

Mauricio Pochettino recently saw his club eliminated from Champions League play, and their sense of belonging when it comes to the Premier League’s elite is being held onto by a thread. Their seven points off the dreaded Blues at the top, and very much trending in the wrong direction. The title might be a bit too much to ask. Top four is still very much a reasonable request for this team, especially after their Champions League exit.

Underachieving is fast becoming a pastime on the red half of Manchester. After new boss Jose Mourinho’s summer spending spree (I believe the official number spent was a bajillion), the Red Devils were expected to do big things in the 2016/17 season. Many had them pegged as odds on favorites to win the Premier League title.

After thirteen matches, a title is looking less and less likely. So is a place in the top four.

Paul Pogba has been a disappointment. Perhaps United fans didn’t realize the box-to-box thoroughbred they were getting in the record setting deal with Juventus was not the goalscorer certain highlight reels made him out to be.

Zlatan Ibrahimovic has proved average for much of the season, brief moments of brilliance followed by long spells of seemingly not giving an ounce of care as to what is going on around him.

Wayne Rooney is clearly on a steep down slope of a great career. The letters MLS continue to be uttered with every mis-kick, slow step, and occasional blast from distance like he had against Fenerbahce in the Europa League.

The team looks as it has an affinity for giving up early goals, specifically in the first and second minutes of games.

There has been perhaps no bigger disappointment through thirteen Premier League matches than Jose Mourinho himself. The Special One was sent to the Old Trafford stands by a referee for the second time this season in United’s most recent home ground stalemate, lowly West Ham holding on for a 1-1 draw. Mourinho’s record and a number of stats within are eerily similar to those of David Moyes and Loius Van Gaal, but the Portuguese mastermind gets nowhere near the amount of grief that those two received. Many United supporters, to their credit, have been very public in their support of Mourinho while pointing to the logic of “you cut down a whole forest to get to this tree, so how about letting this one grow a bit”.

One positive that is ever-present for this United team is the man between the pipes. In David De Gea, United have one of the best goalkeepers of a generation, and someone who can be the difference of a dozen or so points over the course of a full season. Where would this team be without De Gea? Possibly the lower half. Where can they go with him as their goalie? Only time will tell. Top four is still reasonable. Top of the table is becoming more and more of a stretch, even for the most ardent United supporters.