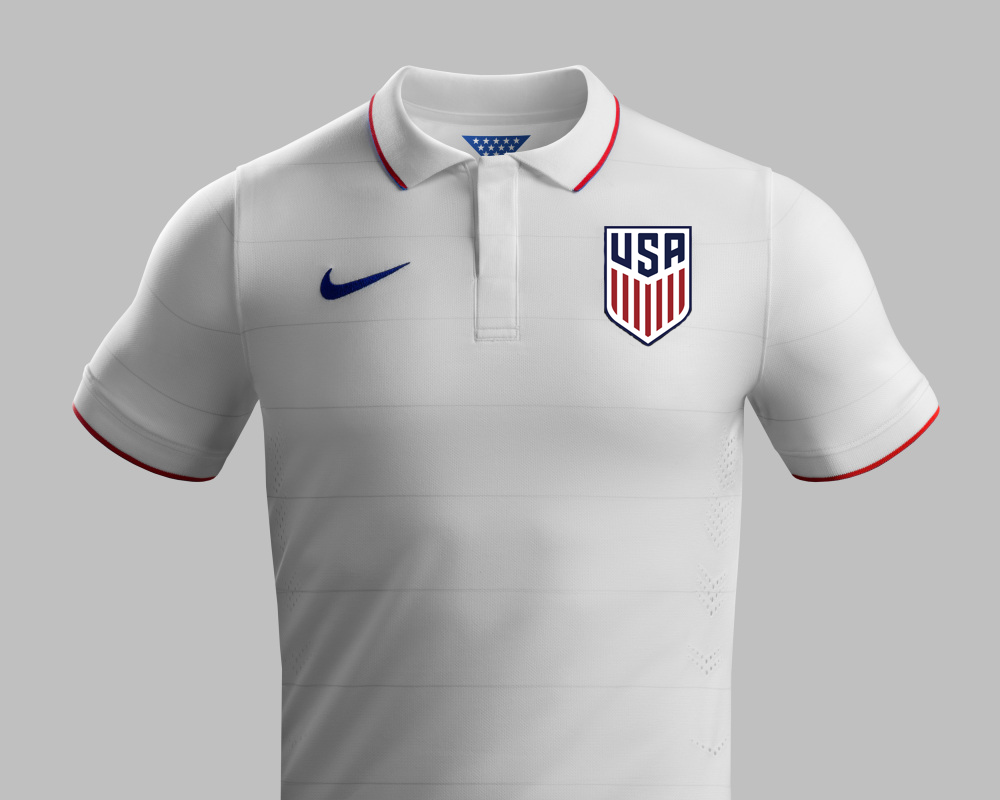 There have been rumors for some time now suggesting that the U.S. would be getting a new crest in 2016, which coincides with the year that Copa America will be held here in the United States. The rebranding of the crest and timing of released are definitely being planned out, as this will be the biggest tournament in the country since 1994 when the World Cup happened here. 2016 would just be the perfect timing for a released of the new crest, creating much hype and excitement for the U.S. team and fans looking forward to the tournament.

The design of this new crest is definitely more sleek than the current one, as it simplifies many of the elements. It also reinforces the national colors red and blue creating a more iconic design switching to darker colors that are less cartoonish. Instead of the soccer ball and the 3 stars, the new badge has in place a navy USA writing and the red stars in the bottom half. Even though there are many noticeable changes, the shape and stripes of the crest stay the same, maintaining somewhat the style of the current one.

The U.S. crest has barely changed since it was created in 1993, and it was often made fun of for its outdated look, so this change is really needed. The inspiration for the new crest comes from the centenary crest, which was very popular back then, so it seems like a logical decision to go with the centenary language and design, as this should please many U.S. soccer fans.

U.S. Soccer renewed their contract with Nike until 2022. The sports company has been working closely together with the federation on the new badge, which should be placed in the new 2016 kits.

There have been rumors also about the 2016 Copa America being cancelled, so it would be interesting to see what U.S. Soccer would do in case this happened. The debut of a new crest could be pushed back maybe even a year if the federation does not have the perfect stage to present the new badge. If Copa America Centenario does not happen here, they could potentially do it during the World Cup qualifier, which is also another high profile event.

One thing we know with confidence is that there is definitely going to be a change in the crest, we just are don’t know when exactly and what it will look like, but if this first leaked crest is actually going to be it, then it is definitely better looking than the current one.