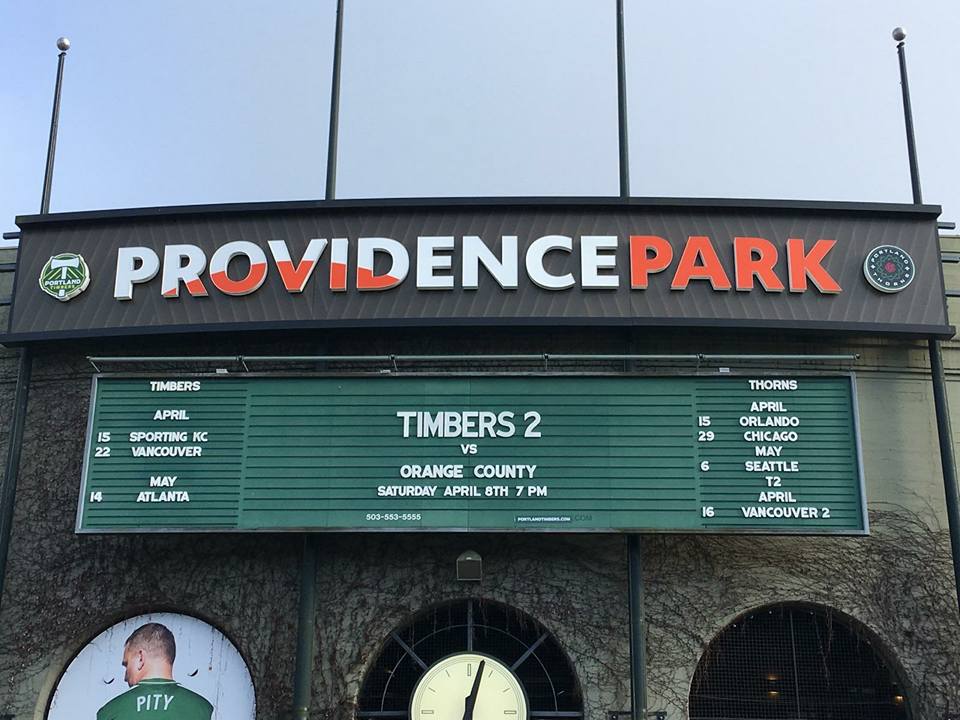 Orange County SC bounced back from a blowout loss last week with a 2-1 win over Portland Timbers 2 at Providence Park on Saturday.

The scoring started early, as Gustavo Villalobos drew a penalty for Orange County within the first 10 minutes. Jerry van Ewijk converted the subsequent penalty kick for the visitors, to give the Dutch import his first goal in USL.

But Portland battled back, tying up the game in the 19th minute, with Augustine Williams heading in a cross from inside the 6-yard box.

The game stayed tied into the break, with T2 holding the majority of possession but both sides more or less even in the other attacking categories. And ultimately it took a moment of brilliance to differentiate the teams, courtesy of Orange County midfielder Victor Pineda:

Pineda’s 58th-minute golazo was his first for the club and his first in USL play.

From there, Orange County did what they needed to in order to preserve the lead this time, and ended up getting the job done. The result is two wins out of their first three games, a good start to the season for Logan Pause and his squad.

What’s next for Orange County SC? Actually, they have a bye next week, which may seem like kind of a bummer on a timing front considering they’re off to a good start and sometimes byes can mess with a team’s form when they get back in action. On the other hand, having a new team and new coach, coupled with the fact that the team won’t be debuting at home this season for another month, and having a week off isn’t the worst thing in the world. Picking up six points from nine, all in road games, is a very good start to the season, and an extra week of preparation before facing local rivals LA Galaxy II may be just what they need to continue the hot start.