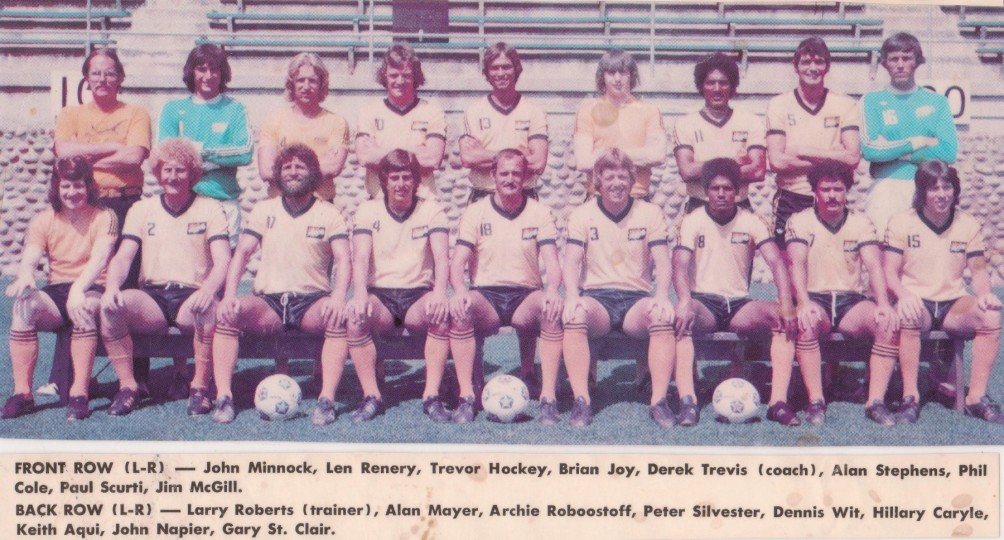 One season wonder: The story of the San Diego Jaws

The San Diego Sockers may be the NASL team that folks of a certain age remember, but there was a predecessor to the Sockers back in the day. In fact, the San Diego Jaws played just one season, 1976, in the league, leaving town almost as soon as they arrived.

Originally the Baltimore Comets, the team struggled their second season to pay the bills and got kicked out of their stadium. Needless to say, it was an untenable situation and the franchise was on the move the following year to Southern California.

The Jaws moved to the Aztec Bowl, a San Diego State University outdoor stadium that no longer exists, and apparently capitalized on the “Jaws” craze started the year before by the hit film, as the seaside city with a shark population in the waters nearby had a shark and a soccer ball as their logo.

Truth be told, the roster lacked the star power present in the biggest teams in the NASL of the era, and featured the likes of defender Brian Joy, father of future Bundesliga and MLS player Ian Joy, Welsh international Trevor Hockey, and a handful of players with a cap or two with the U.S. Men’s National Team or other countries.

English midfielder Derek Trevis, who had gotten his feet wet in NASL playing for the Philadelphia Atoms, served as player-coach for the Jaws. Though player-managers are nowadays extremely rare in most levels of pro soccer, they were more common back in the 1970s, though still not a regular occurrence at most clubs.

So how did they do on the field? Perhaps unsurprisingly for a one-year wonder, their record wasn’t great, as they finished fifth out of five teams in the Pacific Conference’s Southern division, missing the postseason with a record of 9-15. Announced attendance averaged around 6,000, a far cry from the full football stadiums other NASL teams, most notably the New York Cosmos, were pulling in during the era.

And after a couple seasons in Baltimore, and then a season in San Diego, the club was on the move yet again for 1977, as the Jaws morphed into the Las Vegas Quicksilvers.

So what was the legacy for the San Diego Jaws? On the surface, it doesn’t seem like much. Here one year, gone the next, in a sport trying to establish its footing on a mainstream basis around the country. Some locales hit the ground running better than others.

But dig a bit deeper, and you’ll find a handful of the players, most of whom came from the British isles, either as children or adults, settled in San Diego and became local coaches. A few remained on the squad when the San Diego Sockers, the latest iteration of what was the Quicksilvers, returned in 1978.

And while the history was a bit roundabout, the biggest legacy of the San Diego Jaws was in the Sockers. The second San Diego NASL team was far more successful, making the playoffs six out of seven seasons in the outdoor league and seeing attendance rise after a mediocre first season at the turnstiles. The Sockers brand endured, as the team found they had a real knack in the indoor side of the game, winning two NASL Indoor championships and after the NASL folded entirely continuing as an indoor club, winning seven MISL/MSL titles. The club folded in 1996, but was revived twice, including again in 2009, and they continue to play indoor soccer to this day.

Still, now you know that if you ever hear a question about the first NASL team in San Diego in pub trivia, you’ll know the answer is the Jaws, not the Sockers.