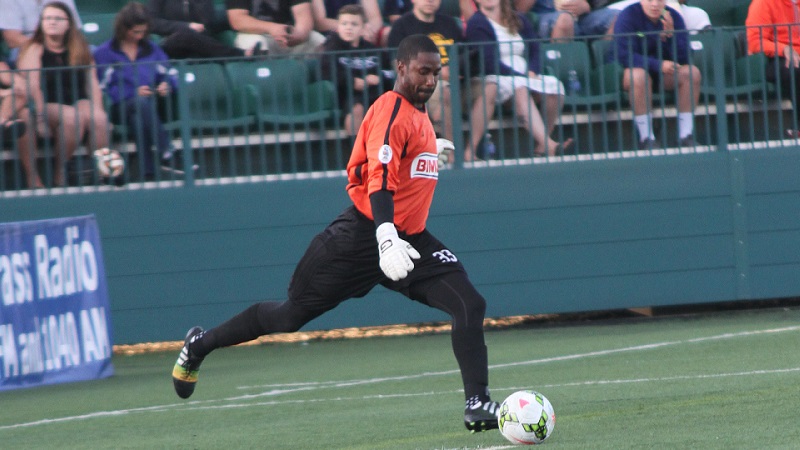 “At the OC Blues FC, it is always our goal to win the USL Championship,” said Head Coach and General Manager Oliver Wyss. “Brandon is a top quality professional and his signing shows the clear intention of our organization for the 2016 season.”

OC Blues FC Technical Director Barry Venison is also excited about the new signing. “I can’t wait to start working with Brandon,” said Venison. “Earning the title of USL Champion comes at a high cost of dedication, hard work, and professionalism. These are values our organization prides itself on, making Brandon a perfect fit for the OC Blues.”

Miller comes to Orange County after winning the 2015 USL Championship with the Rochester Rhinos. The Charlotte, NC native only conceded 11 goals last season as the Rhinos coasted to the USL regular season title. Miller broke the USL record for shutouts in a season, keeping a clean sheet in 13 of the 20 games he started. In 2015, Miller also set the USL record for the lowest goals against average (0.54) in a season.

“I’m very excited about my move to the OC Blues FC,” said Miller. “After speaking with some of the coaches and front office staff, I feel as though the organization is moving in the right direction having finished first in the West last season and I want to come in and help the team take the next step towards winning a USL championship.”

This is the first new signing for the club in 2016 after recently announcing the re-signing of midfielders Chino Santana and Nikola Ilich.