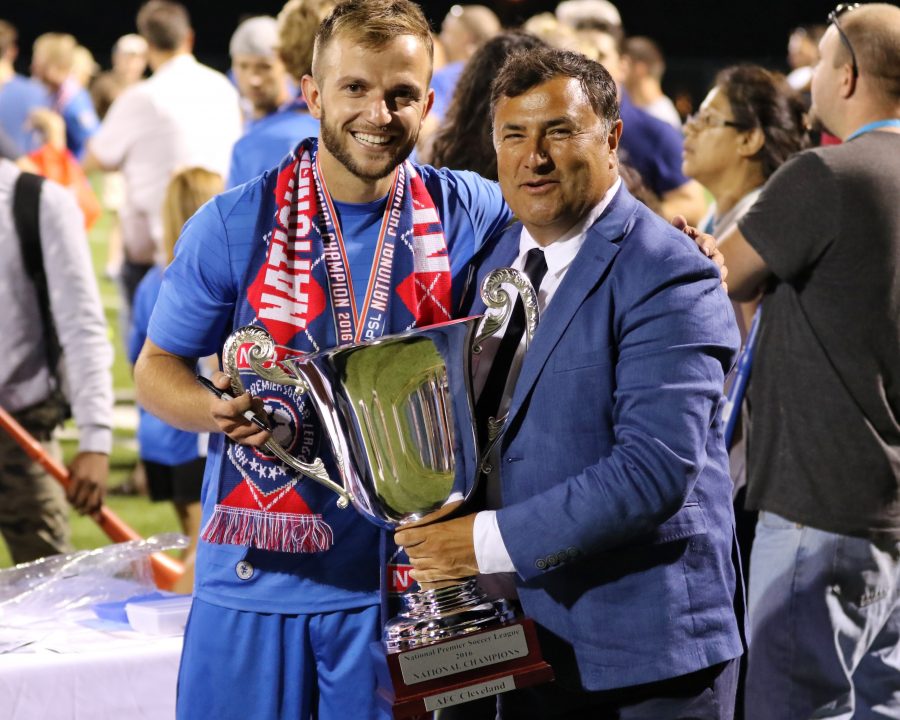 The American soccer pyramid is a tenuous thing. It tends to be both tedious and temperamental at times too. At the moment though, the pyramid is in flux, and at the center of that flux is “organized, structured chaos,” according the National Premier Soccer League (NPSL) Chairman Joe Barone.

The Chairman spoke exclusively to SoccerNation.com regarding the recent terminations of the North County Battalion, Tobacco Road FC, and the Myrtle Beach Mutiny NPSL clubs, and touched on some of the reasoning behind the movement in lower league American soccer.

“Our members dictate our policies, and included in our bylaws is a stipulation that if a member club fails meet the minimum requirements, then formal letters of termination are sent out,” continued Barone.

“Recently, a large number of NPSL and clubs have been contacted by a competing league or leagues, and incentivized to move away from our league. Some clubs have accepted these incentives, but the majority have not.

“There is a deliberate destabilization of the infrastructure we are trying to build here,” continued Barone. “It’s organized, structured chaos that is being foisted upon American soccer, with a specific outcome in mind, and we feel like that is dangerous. It is not healthy for the growth of the game at large.

“We here at the NPSL have worked very hard to create local rivalries, to stimulate local fan bases, and to give soccer fans something to truly care about. It is really dangerous to destabilize that foundation. We’ve invested time and resources into our clubs and to see them lured away with promises of pastures greener doesn’t leave a good feeling with us. Having been involved with soccer as long as I have, I can honestly say that what is promised isn’t always what is delivered.
“Take North County (Battalion) for example. They wouldn’t exist without the NPSL and they certainly wouldn’t have derived the attention they did had we not brought them into the league at the same time as Albion Pros.”

When asked what the NPSL’s next move would be, and if the NASL (North American Soccer League) would be involved at any level, Barone’s response was bullish.
“The (United States Soccer) Federation is aware,” replied Barone. “USASA (United States Adult Soccer Association) is aware, and we’ve got our own lives and our own league to tend to. We have our owners’ meetings coming up here December 1st-4th, and from there we’ll move forward. With regards to the NASL, we have a working relationship with them. Obviously one is a professional league and the other is an amateur league, but we share ideas and we share the joint belief that ultimately, at whatever level of soccer exists, it is vital for fans to engage with and support their local teams.”

There is certainly quite a bit to unpack here, but what is clear to anyone who is witnessing the shifting landscape of American soccer, is that there is much more going on that what meets the eye. The USL recently acquired the Tampa Bay Rowdies and Ottawa Fury from the NASL, and now it appears as though the USL’s Premier Development League has also recruited some of the NPSL’s more prominent clubs.

The USL has applied for Division II sanctioning, and it stands to reason that the league would seek to augment the current membership with clubs that have the capacity to meet those DII standards. The mechanism for absorbing NPSL teams with potential to meet professional standards via the PDL is an interesting one though; almost as if the PDL is functioning as an incubator.

None of the teams Barone mentioned, NC Battalion, Tobacco Road and Myrtle Beach Mutiny have publicly commented on what their next steps will be, but in an interview with SoccerNation.com from September, Battalion minority owner Jason Gerlach provided some insight into how he views the American soccer landscape.

“Right now it feels confusing, overcrowded, and frankly, ripe for some consolidation. On the one hand it’s very exciting that so many leagues and teams have launched across the country over the last decade. On the other hand, while soccer is more popular than ever here in the U.S., I doubt that all of these soccer “start-ups” can and will survive.

The good thing is that equilibrium almost always prevails in business and I do not think soccer will be an exception. Over the next decade, I have little doubt that we’ll see a proper three (possibly four) tier pro/rel style soccer system emerge here that will reward the clubs that are run the best and weed out the clubs that are run poorly. And there will be plenty of teams around the country for communities of all sizes to rally around.” – Jason Gerlach

With that sort of appraisal of the future of American soccer, one has to wonder what circumstances would motivate the Battalion, and other lower league teams to move into and out of the various leagues within the pyramid.