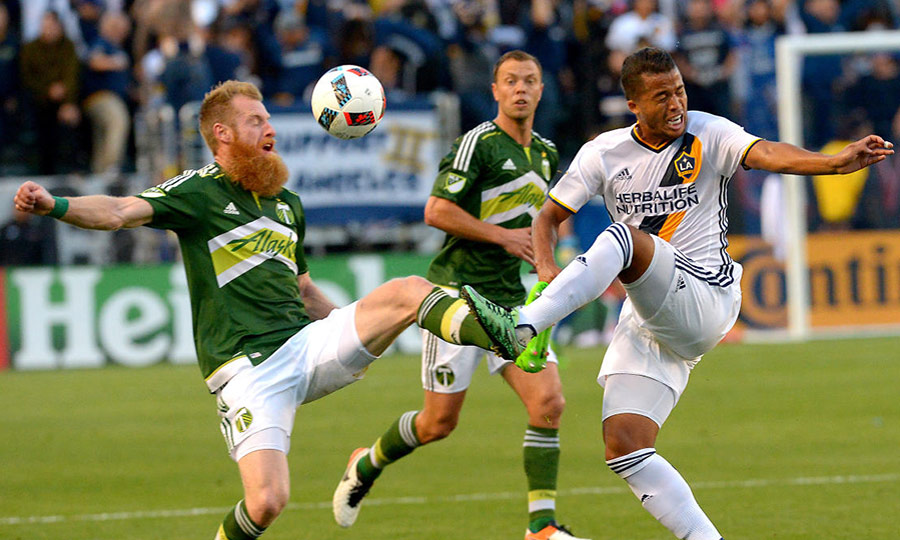 The Union handed Orlando City its first loss of the season thanks to Tranquillo Barnetta’s game-winning goal in the 90th minute on a free kick that hit the crossbar and dropped across the goal line. The match featured a handful of great saves as Orlando ‘keeper Joe Bendik came up with two big saves in the second half. Union ‘keeper Andre Blake had the save of the match in the 91st minute when he denied Adrian Winter’s near post volley.

2016 hasn’t been good to the Columbus Crew who are now winless through five matches following a 2-0 loss to Eastern Conference leading Montreal Impact. Hassoun Camara scored the opening goal in the 48th minute and Kyle Bekker added a late goal in the 86th minute.

On one hand, the New England Revolution picked up a point. On the other hand, this was the fourth time in six games they have played to a draw this season. Despite owning a significant advantage in shots on goal, the Revolution were only able to put one past Clint Irwin who came up with seven saves. The opening goal, in the 14th minute, was a thing of beauty as Je-Baughn Watson sent in a curling cross. Former UCLA forward Kelyn Rowe headed home his first goal of the season. Toronto FC equalized in the 58th minute on a quick counter attack when Jozy Altidore’s square ball found the foot of Sebastian Giovinco, who hammered home his third goal of the season.

D.C., heading into the match was winless in five matches and did they ever need this huge 4-0 win over the Vancouver Whitecaps. D.C.’s Fabian Espindola scored goals on either side of the half and Alvaro Saborio added a pair of late goals in the 88th and 91st minutes. The win helped move D.C. out of the last place spot in the Eastern Conference.

The Red Bulls are off to a horrendous start while Sporting Kansas City is already coasting. Playing in New York, Sporting Kansas City picked up its fourth win in five matches following a 2-0 win on Saturday. Benny Feilhaber scored in the 17th minute and Dom Dwyer added a second goal in the 60th.

Tough night for the San Jose Earthquakes who have to be pretty disappointed with a 2-2 draw. An Early highlight in the match for San Jose was the first goal of the season for newcomer Alberto Quintero, who hammered home a bouncing cross in the box in the 4th minute. FC Dallas caught a break in the 35th minute when Tesho Akindele converted a penalty. San Jose went back on top in the 55th minute on Chris Wondolowski’s fourth goal of the season. Things again went bad for San Jose as Victor Bernandez accidentally headed a cross into his own net for an own goal.

Is the Real Salt Lake from a few years back? Time will tell, but this year’s team is off to an outstanding start as the team has yet to taste defeat through five matches. On Saturday, Real Salt Lake defeated the Colorado Rapids 1-0 in the first leg of the 2016 Rocky Mountain Cup. Joao Plata scored the lone goal in the game in the 72nd minute when he slotted home an empty net goal.

Chad Marshall’s goal in the 94th minute helped the Seattle Sounders escape from Houston with a point after under performing for the majority of the match. Houston’s Giles Barnes scored the opening goal in the 35th minute.

Both teams combined for seven goals in their previous match this year. On Sunday, they both played to a scoreless draw in New York. Both sides are now 1-1-3 on the year with major mountains to climb before either side could contend for a top spot in the Eastern Conference.

The biggest thing to come out of this match was the poor tackle by Nigel de Jong who went in for a studs-up challenge on Darlington Nagbe in the 73rd minute. A yellow was issued to de Jong, but the replay looked brutal and it should come as no surprise if de Jong is suspended at some point this week. The game itself was an unfortunate one for Portland who took the lead in the 52nd minute of Fanendo Adi’s goal. LA caught a break in the 84th minute when Nat Borchers headed a LA cross into the Portland goal for an own goal.