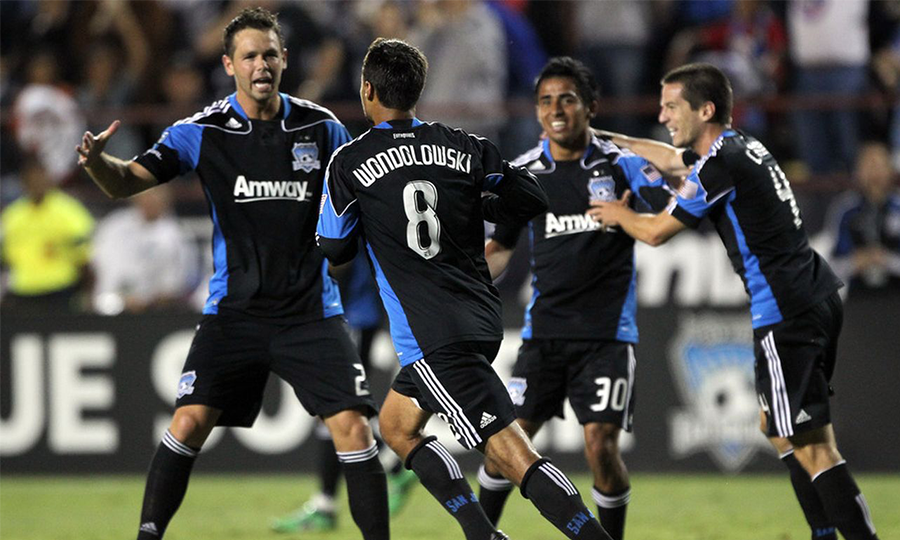 Some great matchups this weekend, along with some major cup clashes. Below are short previews for each match.

LA Galaxy vs. New England Revolution – Sunday, 12:30PM ESPN
Somehow, someway, the game on the West Coast got scheduled before an East Coast game on a Sunday. So that means waking up early with breakfast/brunch for the tailgate. As Galaxy fans will be waking up, they will be no need to wake up the red-hot Gio Dos Santos who has scored four goals in three matches. One major issue that is standing in the way of the Galaxy being able to extend their six-match unbeaten streak is to overcome the loss of Steven Gerrard, Robbie Keane, and Ashley Cole, who is quietly having a great season. That’s great news if you’re a Revolution fan hoping for a rare win, as the Revolution have played to seven draws in then matches this season.

San Jose Earthquakes vs. Seattle Sounders – Saturday, 7:00PM
Two squads will be battling it out for the coveted Heritage Cup this Saturday night. Ok, maybe it’s not coveted, but it does have huge significance as the cup is named after both clubs’ North American Soccer League predecessors. The Sounders, as home, will be looking for their fourth straight victory at home this season. Without getting giving him too much hype, Jordan Morris is living up to the hype as he has found his scoring touch. Knocking home goals in three consecutive matches. Chris Wondolowski will have something to say to that as he is tied for the league lead with seven goals this season.

Orlando City SC vs. New York Red Bulls – Friday, 4:00PM
These two teams squared off two weeks ago with the New York Red Bulls picking up a, 3-2, win after riding a four-match losing streak. New York then smashed FC Dallas at home the following week 4-0. So, this isn’t really the best time for Orlando City to square off against NYRB again. However, MLS is a crazy league and Orlando will probably win 4-1.

Vancouver Whitecaps vs. Portland Timbers – Saturday, 2:00PM
Vancouver at home is tough for any opponent. Vancouver at home wanting revenge is even tougher. Last year, Portland knocked out Vancouver on its way to the MLS Cup. These teams have not played since. Portland, on the other hand, is playing great soccer over the last few weeks and Fanendo Adi is tied for the league lead in goals with seven.

Columbus Crew vs. Montreal Impact – Saturday, 4:30PM
Things were going so well for the Crew. After an underperforming start, the Crew won back-to-back games before suffering a 1-0 loss to the Sounders last week. The Crew also lost to the Impact, on the road, 2-0 just four weeks ago.

Toronto FC vs. FC Dallas – Saturday, 4:30PM
Toronto is finally playing at home after starting the season with eight matches on the road, as their stadium was still being worked on. Toronto FC will be hoping that 30,000 fans will inspire them to victory against a tough FC Dallas side looking to forget last week’s 4-0 loss to NYRB.

Colorado Rapids vs. Real Salt Lake – Saturday, 6:00PM
Rocky Mountain Cup is back after RSL defeated the Rapids 1-0 in April. Since then, the Rapids have won three games and earned a draw last week. Both teams are tied for first in the Western Conference. It’s great to have the Rocky Mountain Cup back.

D.C. United vs. New York City FC – Sunday, 4:30PM FS1
The final match of the weekend will unfortunately not feature two stronger teams as both of these sides will most likely be competing for the final spots in the Eastern Conference Playoffs.