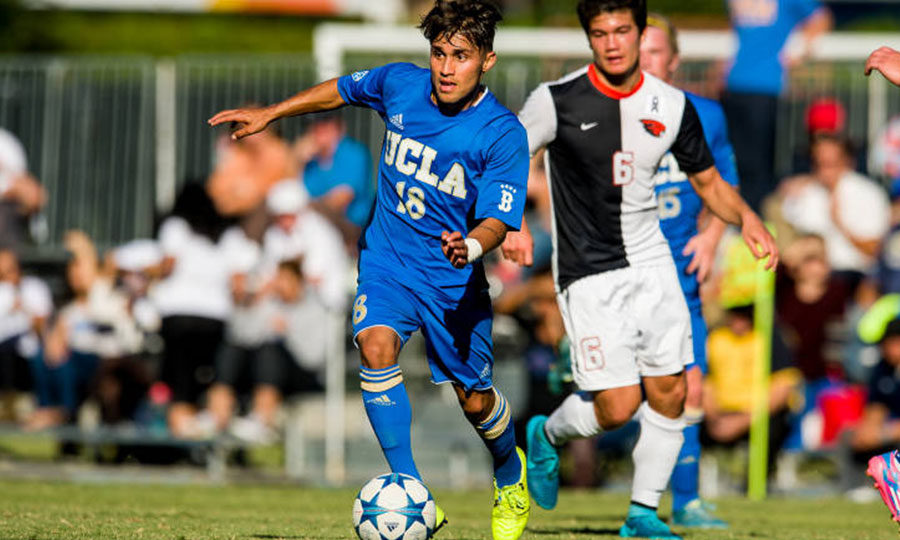 Postseason play has arrived and six teams from California will be competing for the 2015 Women’s College Cup title. A field of 48 teams has been announced with first round action starting on Thursday night.

Below is a preview for all the California teams in action tonight.

UCLA (10-8-1) vs Cal Poly (11-4-5)
at Drake Stadium (UCLA) 7:00 p.m. PT | Watch Live
UCLA didn’t have the best showing during the regular season, but did enough to earn an at-large bid in the 2015 Men’s College Cup (33rd consecutive berth). After a slow start to the season, UCLA came on strong in the second half, posting a 6-3-1 record that includes a win over then-ranked #6 Akron. UCLA is led by Freshman of the Year Jose Hernandez (11 goals, 4 assists) and sophomores Seyi Adekoya (12 goals, 1 assist) and Abu Denladi (6 goals, 10 assists). UCLA has the talent to make a deep tournament run and has a very favorable path in the College Cup.

Cal Poly makes its first NCAA Tournament appearance in seven years after an at-large selection. The Mustangs finished second in the Big West Conference North Division after posting a single-season program record of 11 wins. They have also been on a great run of form, posting an 8-2-4 record since September 20. Cal Poly is led by senior Chase Minter (7 goals, 6 assists) and goalkeeper Wade Hamilton (8 shutouts, 68 saves, 1.03 GA Avg.). Earlier this year, Cal Poly suffered a 4-1 loss to UCLA.

Winner of this match plays #11 Seattle on November 22.

Santa Clara enters the College Cup after winning its fourth straight West Coast Conference title. The Mustangs finished the season on a six-match unbeaten streak and are one of 18 teams in the nation with both its men’s and women’s team in the NCAA Tournament. Santa Clara is led by
sophomore forward Carlos Delgadillo (9 goals, 3 assists) and senior goalkeeper Kendall McIntosh (5 shutouts, 59 saves, 1.09 GA Avg.). Earlier this year, Santa Clara suffered a 2-1 loss to CSU Fullerton.

Winner of this match plays #8 Stanford on November 22