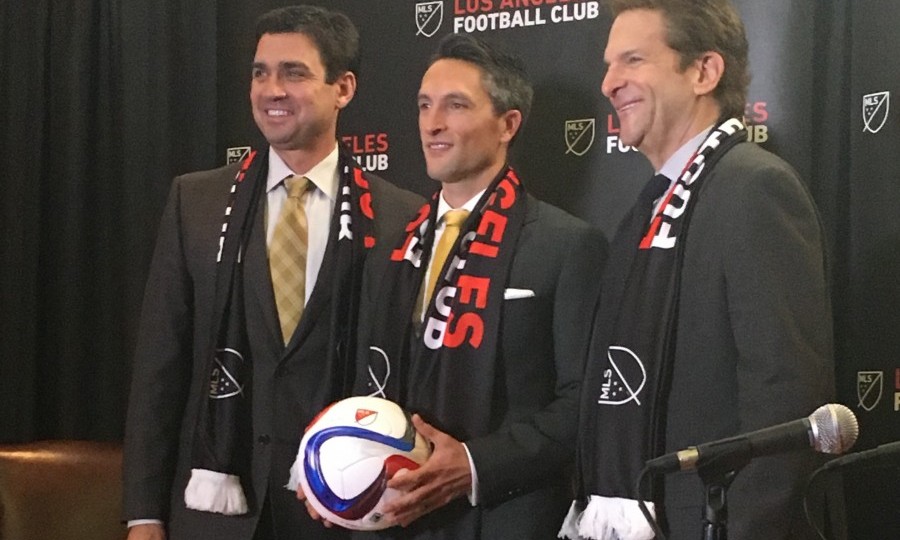 Los Angeles Football Club embarked on a new step in their history on Tuesday, as they announced the hiring of John Thorrington as Executive Vice President of Soccer Operations. The addition is the very first on the soccer side for the club, as Thorrington will be tasked with taking charge of building the soccer side of the organization, including establishing the academy and making player and personnel decisions ahead of the club’s debut in MLS in 2018.

Thorrington, 36, is a former professional player who played in England and Germany, and also spent nine years in MLS with the Chicago Fire, Vancouver Whitecaps, and D.C. United. He’s also a local, as he grew up in Southern California and attended Chadwick School in Palos Verdes Estates before signing a professional contract with Manchester United as a teenager.

At Tuesday’s press conference announcing Thorrington’s addition to the club, the former midfielder emphasized his local roots and coming home to embark on building a new soccer club.

“You have my wholehearted commitment to deliver on our great ambitions that we all have for LAFC,” Thorrington told reporters during the press conference. “It’s good to be back home.

“I grew up here, in the South Bay…I left here, at the age of 17, to pursue my dream, which was to play at Manchester United, and I can’t think of anything that could have gotten me to leave this amazing city other than soccer, and it is soccer that is now bringing me back.”

“Part of our objective and the mission of this club is to unite what is great about our city and it’s a very multicultural one.”

Thorrington, who repeatedly discussed his objective to make LAFC a champion, first turns to the part of the club that arguably will have the deepest roots in the local community: the academy.

He wouldn’t give a specific timetable on the launch of the academy, but it appears to be on the horizon and he called it “my priority.”

“We’re on [establishing the academy] now. And I would encourage all of you to stay tuned for exciting announcements.”

Above all, Thorrington seems to fit the profile of many MLS club hires of late. He’s got experience playing in MLS and abroad, he’s from the area, he worked for the MLS Players Union and is finishing up his MBA program. There’s risk, of course, in hiring someone who has never held such a position, but LAFC made a clear statement in hiring Thorrington, that they are valuing MLS experience in building the soccer side of the club. And that could prove beneficial down the line when they actually take the field.