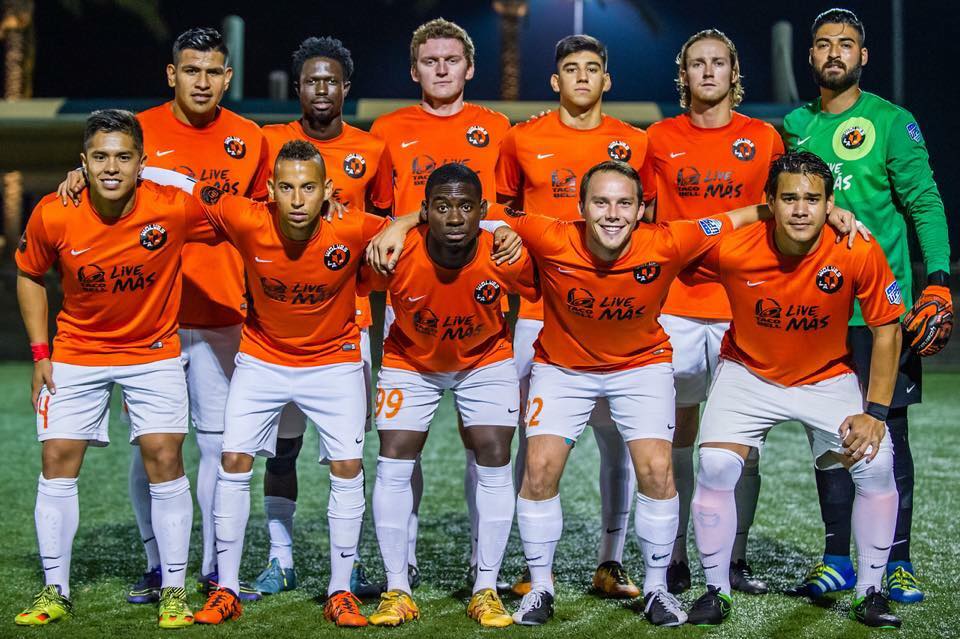 Wynalda, a Southern California resident who also works as a studio analyst for Fox Sports, returns to the coaching scene after previous stints with local amateur side Cal FC in the U.S. Open Cup, and former NASL team Atlanta Silverbacks.

“The decision to return to coaching wasn’t one that I made quickly, so it was a matter of finding the right opportunity at the right time,” Wynalda said in a team statement on the appointment. “L.A. Wolves FC is a club on the rise. It has the right kind of leadership at the top, and creates nothing but opportunities for players looking to find a way to climb up the ladder. The club has all the hallmarks of future success, and with a shot to make a deep run in the Lamar Hunt U.S. Open Cup in 2017, the trajectory for L.A. Wolves FC is through the roof right now. There’s much to do, and believe me, the work has already begun.”

The Wolves, founded in 2014, have quickly established themselves as a serious elite men’s amateur club in the region, punctuated by their first trip to the Open Cup last year, eventually reaching the third round before falling to fellow UPSL side La Maquina.

With a year of experience in the tournament under their belt, the hiring of Wynalda appears to be a statement of intent to try and go farther in the Open Cup, while also getting a leg up on their main competitors, which is no easy task.

“This is a very positive step for our club. L.A. Wolves FC is an organization committed to winning, and we think that bringing in Eric now as Head Coach will have an immediate impact as we prepare for the 2017 Lamar Hunt U.S. Open Cup Rounds that are just around the corner,” said Wolves’ sporting director Michael Collins.

“Eric’s knowledge and background as a successful player give him a resume we highly respect and feel players can connect with. As a coach, Eric has had some very good success in a brief but effective career starting with Cal FC in 2012 — and his unprecedented U.S. Open Cup run leading the amateur side in a historic win over MLS’s Portland Timbers in the 4th Round — and leading NASL’s Atlanta Silverbacks in 2012 and ’14. We look forward to a long-term relationship with Eric as he gets to work with his vision in molding a squad that has had a winning record the past three years and is on the cusp on even greater things in the future.” 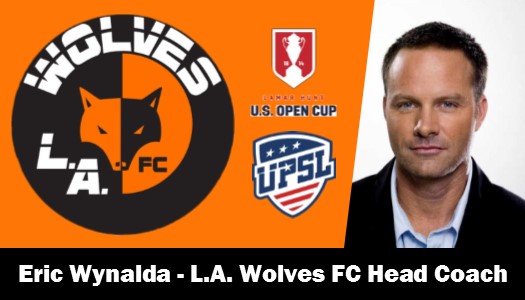 The next qualifying round for the 2017 U.S. Open Cup is scheduled to take place the weekend of March 11. The Wolves are among the local sides to have reached that round, although the draw has not yet been made. Due to the delayed decision to sanction both the NASL and USL as Division II leagues and the in-flux nature of teams in those leagues, with some moving leagues, others joining as expansion teams and others folding altogether, it would appear U.S. Soccer is still trying to figure out how the actual Open Cup tournament will be structured this year.

But with the next qualifying round scheduled in about a month’s time, it would appear an announcement on that round, if it does take place, will be coming soon. And Wynalda will get another opportunity to burnish his credentials as a coach in the U.S. Open Cup.