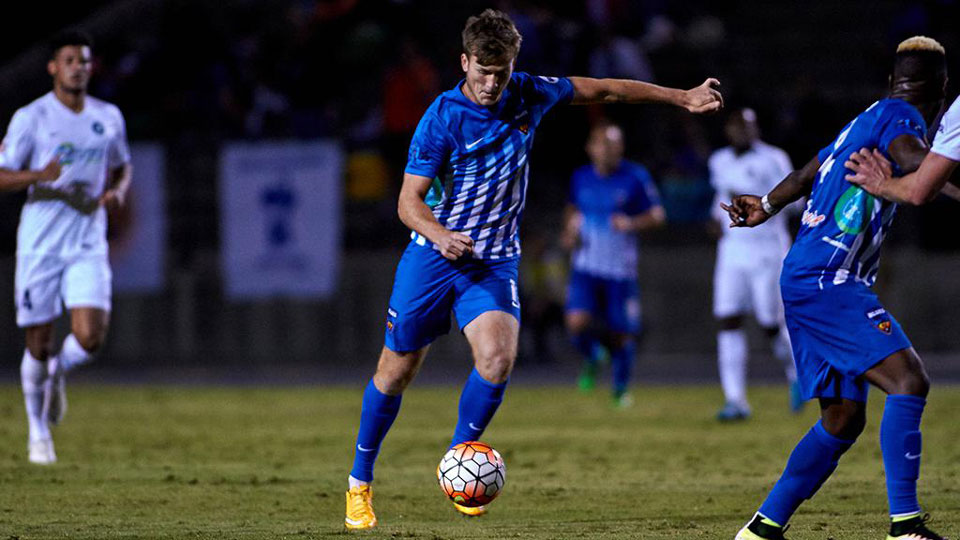 One of the best things about USL is that the games come thick and fast. Sure, most of the action is on the weekends, but there’s plenty of midweek action to whet your appetite if you’re looking for new games.

This week, LA Galaxy II continued their busy start to the 2016 season with another midweek game; this time hosting new USL team San Antonio FC at the StubHub Center on Wednesday night. For the third game in a row, LA tied, with a late Carlos Alvarez equalizer giving San Antonio a share of the points in a 1-1 result.

LA played in the main StubHub Center stadium again in this match, and while rather cavernous still had a smattering of fans, including Alvarez’s fan club, in attendance. The midfielder, raised in East LA has family still living in the area, and has a history of scoring late goals against Galaxy teams, as his first-ever professional goal came in the old SuperClasico for Chivas USA against the MLS Galaxy in 2013.

Jack McBean continued his hot start to the USL season by scoring LA’s goal in the game in the 40th minute, making a run to the near post and slotting in Kyle Turnley’s low cross. McBean is the early leader in goals in USL, with four to this point.

Now, Galaxy II will get a break this weekend before jumping back into midweek action next week, while the Orange County Blues will get their turn at San Antonio FC on Saturday at Anteater Stadium. As with the road swing Saint Louis FC took a couple weeks ago, OC will likely have to be wary of a team playing midweek and then finding a quick rhythm against them on the weekend.

USL largely seems to be a league where expansion teams don’t struggle as in most American pro sports. The Blues will face a new team, yes, but one that’s already hit the ground running. They have an unbeaten start to their debut season, and have a road win already to their credit, in their first-ever game. And with former MLS pros like Alvarez and Stephen McCarthy involved, this is a team that doesn’t lack for experience.

So the Blues will look to build on their first point last week and see if they can get a first win of the season. They’re looking better and better each week, so it’s bound to happen at some point, but San Antonio will put up quite a fight.

OC Blues vs. San Antonio FC will kick off at 7 pm ET at Anteater Stadium in Irvine. Support local soccer in person or watch the game stream.