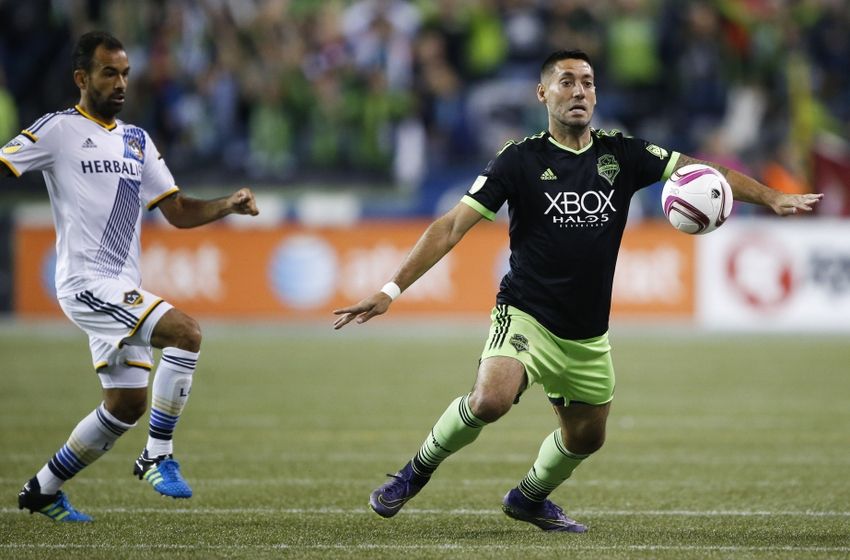 The LA Galaxy enter the 2015 MLS Cup Playoffs in a strange situation. They’re in the playoffs, a requirement, of course, for winning the title, but their form has been less than stellar, winning just once in their last seven games and slipping out of a first-round bye.

Their first test won’t be easy, as they are in Washington to face the Seattle Sounders Wednesday night (7 pm PT, UniMás) in the knockout round. The round is a one-game, winner-take-all match, and LA-Seattle is arguably the biggest game of the first round this year, one in which two of the best teams in the league the past several seasons will be squaring off in a surprisingly early point in the postseason.

What is going wrong with the Galaxy at the moment?

Contrary to hopes that midseason additions Steven Gerrard and Giovani dos Santos would hit the ground running (and in fact, both played quite well in their initial appearances for the club), the Galaxy have been trying to figure out a way to get the rhythm back that they had from mid-June to mid-August, when they won eight out of 10 games and racked up goals for fun.

Robbie Keane continues to score, but around him the rest of the offense has fallen flat and the defense has been especially poor of late. Add to that the Galaxy’s road form in league play this season, a paltry 2-9-6, and playing on the road in the difficult environs of CenturyLink Field looks like a tall task indeed.

Why there’s reason for optimism with the Galaxy advancing

Yes, the Galaxy’s form has been bad, they are clearly not clicking at the moment, and Seattle’s home field advantage and return to form of Sounders stars Clint Dempsey and Obafemi Martins should leave Galaxy fans more than a little worried.

But the Galaxy won the MLS Cup last year, with 21 players on the roster who won last year’s title, and of course they’ve won three of the last four MLS Cups. Even if they aren’t firing on all cylinders at the moment, they know what it takes to grind out results, especially in the playoffs, and that experience cannot be discounted. In contrast, a grand total of four Sounders players have won an MLS Cup in their careers. The Sounders may have won plenty of silverware in recent years, between the U.S. Open Cup and Supporters’ Shield, but the MLS Cup playoffs are a different beast and Seattle is still looking for that prize. If the Galaxy can play well enough to neutralize the Sounders, it may be enough for LA to live another day.

Galaxy head coach Bruce Arena isn’t worried about the Galaxy’s form heading into the game, telling the Galaxy’s website this week, “[Our slump to end the season] doesn’t matter. Doesn’t matter. Haven’t even thought about it, to be honest with you.

“We have a game Wednesday that we’re playing.”

In order for the Cup to remain in Southern California, the Galaxy will need to win that game, and in recent years, it’s not smart to bet against Arena’s team.

Seattle Sounders vs. LA Galaxy takes place on Wednesday at 7 pm PT. The game will not be aired locally in Los Angeles, and will only be available on UniMás.