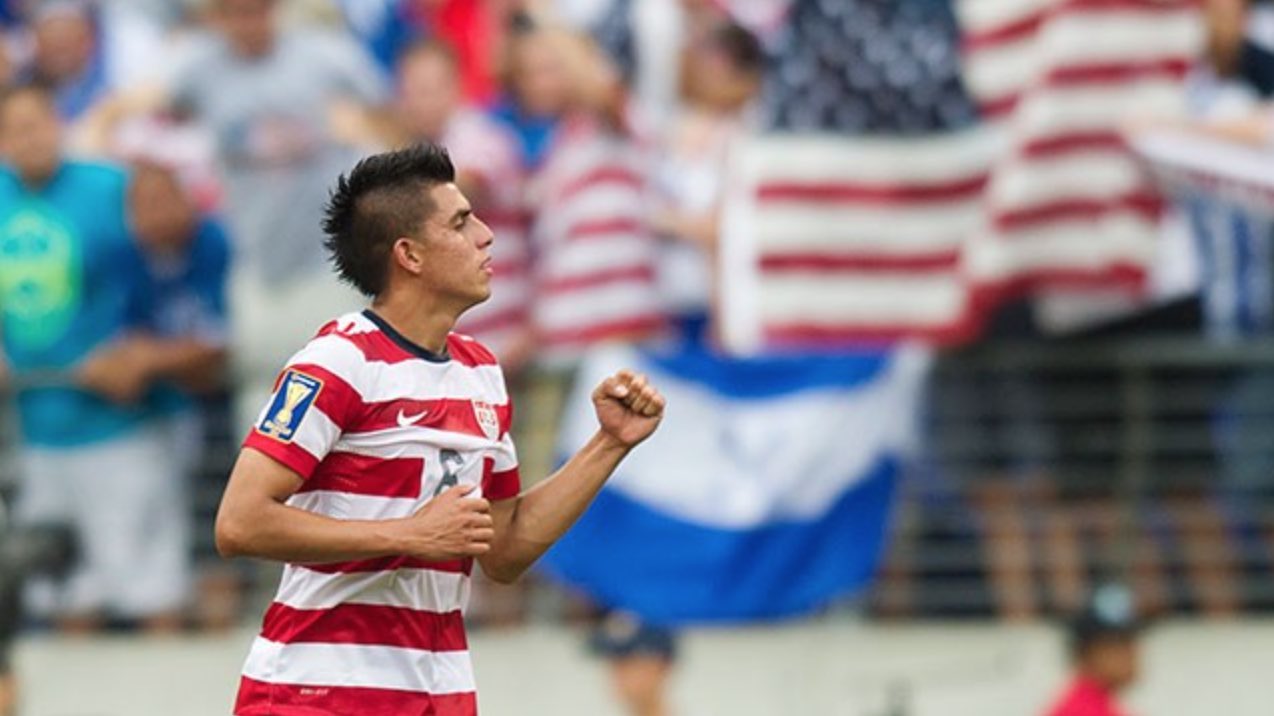 The CONCACAF rules states that each team can make up to six changes to their initial roster after the group stage. U.S. Men’s National Team coach Jurgen Klinsmann will take advantage of that rule replacing three players.

The three players that are leaving the team are Jozy Altidore, Alfredo Morales and Greg Garza. Altidore is definitely not playing at the level that the team needs him to play, mainly lacking the fitness. He had plenty of game time to show he could make a difference, but unfortunately he did not live up to the expectations.

[quote_box_center]“We believe that Jozy’s just not there yet. Jozy never really got into this tournament and never really picked up the rhythm. He’s just simply not in the shape right now to help us. For Jozy it’s just simply going back to Toronto, picking up his rhythm, getting in shape, working on his fitness and then he will start scoring goals again.” – Said coach Klinsmann [/quote_box_center]

The players that will be added to the roster are DaMarcus Beasley, and California natives Alan Gordon and Joe Corona. These players will be ready to go for the quarterfinals of the tournament, starting on Saturday.

Beasley is now a veteran with 33 years old, and he will be bringing experience to the team. However, according to Klinsmann, what he likes the most about Beasley are his character and quality. He comes back to international duty after almost retiring from the sport after the 2014 World Cup.

[quote_box_center]“Having DaMarcus come into the team is huge, because of his character, his giving nature, the spirit he brings, but also the high quality he brings. He brings a lot of experience into this group, and he’s hungry. He’s still as hungry as day one in his career” – Klinsmann [/quote_box_center]

Gordon who grew up in Long Beach, California, will be the special substitute who comes in late in the game and scores crucial goals. He is famous for doing that at the club level for the LA Galaxy and will most likely have the same role on the national team. Gordon has only played for the national team once in a 2012 World Cup qualifying match as a substitute and he made the game-winning assist. This season at the LA Galaxy, Gordon had 20 appearances, 6 starts and 4 goals (two game-winning goals). He is definitely that kind of a player that can come in late and be a game changer.

Corona was born in Los Angeles but grew up in San Diego where he went to Sweetwater High School and attended San Diego State University with a scholarship to play soccer. As far as his professional career, Corona was recently traded to Veracruz Tiburones, departing from Club Tijuana Xolos where was he such an important player in the club’s history. Corona has been playing for the U.S. since U-23 level and in 2012 made in his debut in the senior team. Klinsmann picked him to replace Morales in the midfield as he is more of a creative player while Morales is more defensive-minded. We have watched the U.S. struggling in the midfield during the group stage games, and Klinsmann hopes Corona will bring the extra help that the U.S. needs.