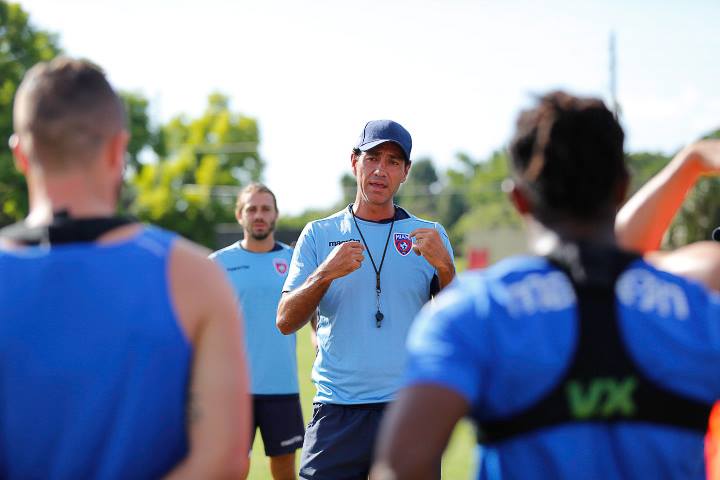 It’s a Tuesday night in Cary, N.C. and the NASL’s North Carolina FC are playing Miami FC for the fifth time this year. It seems an odd setting for one of FIFA’s Top 100 greatest players of all time. But there he is on the Miami’s sideline.

Alessandro Nesta, one of Italy’s all-time greats and head coach of Miami FC, is urging his team to keep its shape and get forward. Having gone without a win in the first four meetings, Miami FC, the league’s Spring season’s champion, is desperate to end the frustration.

This is Nesta’s second season as coach of Miami FC, and his second ever in the coaching business. Two years ago, he answered the call of an old teammate and another member of FIFA’s Top 100, Paolo Maldini, co-owner of the Miami franchise, and took his first coaching job.

“Ever since I was little, I knew my place was on the field,” he said. “If I wanted to stay on the field, I had to be a coach. The last three years of my career, I started thinking more about it.” 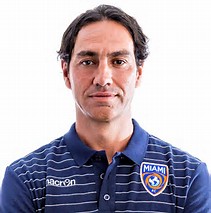 Nine wins and six draws in the 22-game season last year was a mediocre result for Nesta’s team, and nothing in his past indicated that mediocrity would be accepted. His career, after all, included over 400 games in Italy’s Serie A and 78 games for Italy.

What been his biggest challenge as a coach so far?

Communicating with players from France, the U.S., Mexico, Ghana, Jamaica, Brazil, Cuba, Ireland and Sierra Leone would be difficult for anyone. But Nesta has made it all work.

Miami ran away with the Spring season, compiling 36 points from 16 games and outscoring opponents 33-11. The fall portion of the NASL season started slowly for Miami with a win and two draws before the NCFC game on Aug. 15.

“Every time we play against North Carolina it is very difficult because they have good players, they are very organized and they have a good coach,” said Nesta.

After weathering a sustained NCFC attack through the first 15 minutes, Jaime Chavez gave Miami the only goal it would need in the 1-0 victory. The win gave Nesta reason for optimism.

“This is not the best moment for us,” he said. “We have some problems with injuries. But we got a win and we are ready to get more.”

Nesta has settled nicely in Miami. He’s up at 5:15 every morning and goes about another day of his new career, one he says he enjoys very much.

I hope for me, this is only the first step,” he said. “I am very ambitious.”