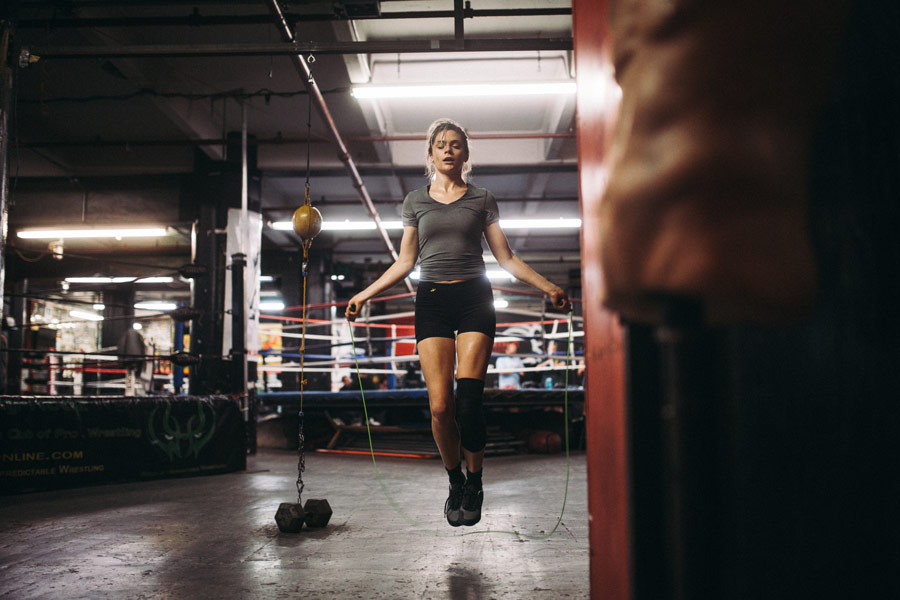 Hope Watson On Soccer in NYC, Her ACL Injury, and Storelli

Soccer truly is more than a game. It blends sport with culture and the passion of the game is felt by fans from all walks of life. Meet Hope Watson

Soccer truly is more than a game. It blends sport with culture and the passion of the game is felt by fans from all walks of life.

Hope injured her ACL in September and was featured in Storelli’s #InjuriesSuck video series. As she rehabed from her nasty injury, Storelli challenged her to get back to the field faster and stronger by training at Gleason’s famous boxing gym in Brooklyn. Gleason’s is where legends like Muhammad Ali sparred and movies like Raging Bull were filmed.

While Hope is still is a few months away from returning to the field, SoccerNation.com recently caught up with Hope to learn more about how she got started in soccer and what is up next for her.

SoccerNation.com: Where did your love for soccer start?

Hope Watson: Maybe it’s hereditary in my family?! I swear my Dad knows more about the game than Alex Ferguson. We would wake in the middle of the night in Australia to watch the EPL and Champions League.

How has New York City shaped your soccer life?

NY reignited my love for the game as a player. Before I moved here 5 years ago I was living in London where I didn’t play at all. It’s pretty irregular for girls to play there and I just took it as something I did when I was younger. When I came here and there were so many people who loved the game, happy to have girls play, and were also in creative industries I felt like I hit the jackpot. Dream hybrid!

What is your soccer diet and how does it fit with modeling + filmmaking?

Surprised the word diet didn’t fade out in the 90’s! I don’t juice. I’m not gluten intolerant. I don’t count calories. I try to see food as fuel and minimize neurosis about food where possible. I love to cook. Usually fresh veggies, meat or fish. I drink A LOT of coffee, balanced closely with a lot of water… I have a horrible sweet tooth but I really try and limit my sugar intake. Pre-game I keep a light stomach.

You travel the world for modeling, any soccer stories or experiences?

Endless stories. Every place I go I eye-off street ball games like a hawk. Last week I was in Cuba, and kicked around with some local teens. They kinda stood around gobsmacked. They’d probably never seen a girl juggle a ball. It’s funny to see those reactions. Hopefully it can make them question some of the prejudice they are likely to have about what girls can do.

I also went to two World Cups. Germany 2006 and South Africa 2010. A plethora of stories from those experiences.

What’s it like fighting your way back to the field?

It’s genuinely been a really long road. I hurt myself in August and I’m only just feeling like myself again now in March. Doing my rehabilitation sessions, like the one we shot at Gleason’s, have formed into a sort of meditative routine. Initially I was very frustrated but I really enjoy it now and feel in top form. A lot of this was about getting my head straight, accepting the change that I couldn’t play and then finding ways to enjoy the process of getting my body as healthy as possible.

How has this ACL injured affected your future as an athlete and how you approach the sport?

I’ll be changing a lot of things. Primarily more balance. The injury has given me a new respect for what I should expect from my body. I was playing around 4-5 times a week and didn’t consider how much pressure I was putting my body under. Changing a couple of those sessions with recovery or yoga will be essential.

What was your reaction to the Storelli BodyShield? Will you wear it when you return?

After I took my required medical knee brace off I wore Storelli’s BodyShield Knee Guard for that extra feeling of security. The brace was really firm and was way less bulky and lighter in weight than I expected. When I play again it’ll be important to have it on just as a little reminder to be in full control of my body. ie. Not take 3 pivot turns just to be tricky, I’ll just pass instead!!

What are your secret weapons as an athlete?

Good tunes and a sense of humor are essential. In most cases I add a lightness to the air and don’t like it when people come to a game with venom or a lame attitude. If the stakes are higher then visualization is really helpful. Seeing myself make a clean pass or good shot helps me to feel sharper on the field.

Check out the gallery below featuring Hope training at Gleason’s wearing a few of Storelli’s popular BodyShield products including the BodyShield Women’s Sliders, BodyShield Sleeveless Undershirt and BodyShield Knee Guard. 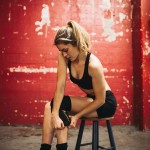 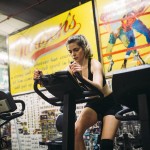 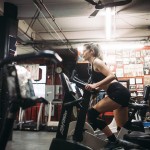 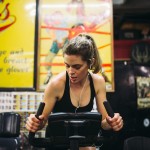 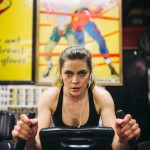 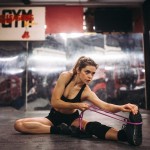 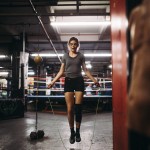 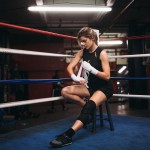 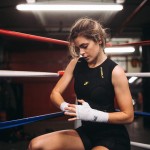