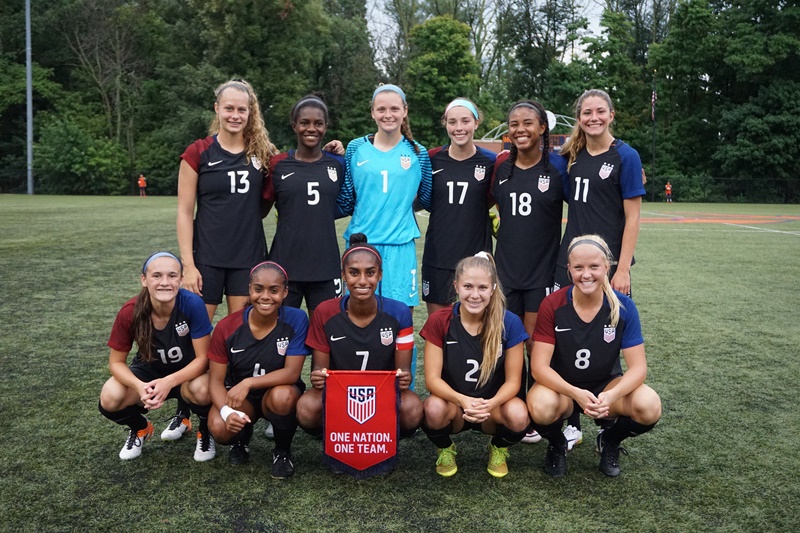 The U.S. has won Women’s World Cup multiple times at the senior level and the U-20 level. However, for all the success the program has had it has never brought home the title at the U-17 age group. This year’s U.S. U-17 Women’s National Team is looking to change that and their quest will kick off on Saturday, October 1st against Paraguay at 9 a.m. PT at the Prince Mohammed International Stadium in Jordan.

The squad has been in a great run of form this year. In 14 matches, the U-17s have won 12 and played Brazil to back-to-back draws in early August. The U-17s defeated Japan – who will is in their group – in February, along with Canada, England, and Mexico this past year. All four of these clubs are in the U-17 World Cup.

The U.S. was drawn into Group D with Japan, Paraguay, and Ghana. If the U.S. is able to advance, they will either play the winner or runner-up from Group C. Teams drawn into Group C include Nigeria, Brazil, England, and North Korea.

After Paraguay, the U.S. will face Ghana on October 4th at 6:00 a.m. and then Japan on October 8th at 9 a.m. All time are local California time and the matches will be aired on Fox Soccer Plus, Fox Sports GO, and FS2.

U.S. Soccer has done a fantastic job showcasing the entire team on their website.

Good luck to our California natives!