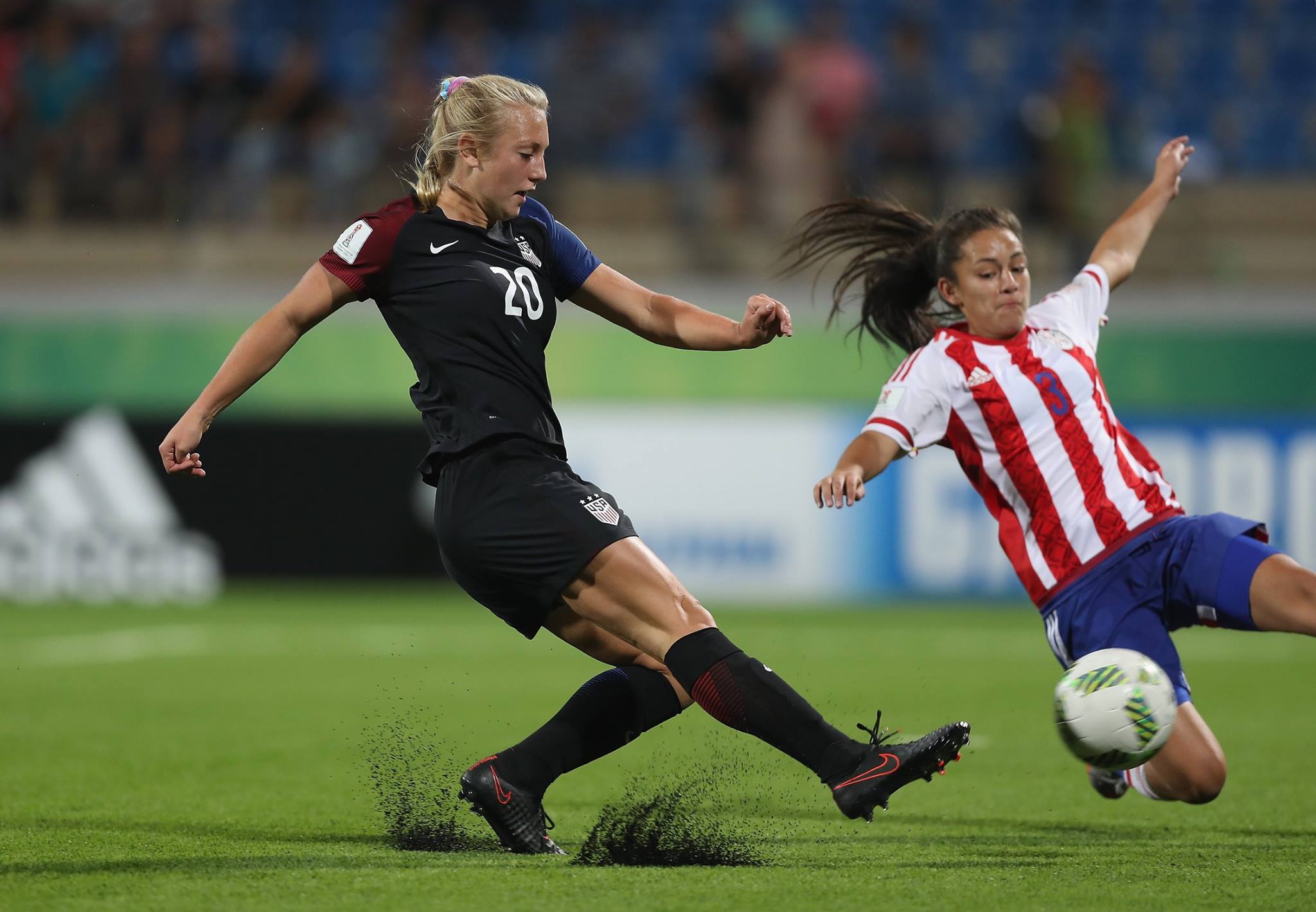 In the opening match of the U-17 Women's World Cup the U.S. squad, captained by California native Ashley Sanchez, defeated Paraguay 6-1, with two goal

Pickett’s goal came in the 63rd minute when Sanchez beat two defenders and sprinted down the left wing. Approaching the touchline and just on the outside of the box she sent in a low cross to an unmarked Pickett. Her touch was a tad heavy, but she sprinted to the ball and hammered home the fourth goal of the match.

Sanchez’s scored her goal in the 81st minute after she cut inside and dribbled into Paraguay’s final third. Just as she entered the box, Sanchez curled a shot for the far post and the USA’s fifth goal. Pickett picked up an assist on Civana Kuhlmann’s first goal and California native Kate Wiesner provided the assist on Kuhlmann’s second goal.

Two other California natives saw action as well. Defenders Naomi Girma and Karina Rodriguez got the start and played the entire match along with Pickett, Sanchez, and Wiesner. California natives who did not see any action were Hillary Beall, Emily Smith, and Kennedy Wesley.

Watch all the highlights below. Pickett is the 4th USA goal and Sanchez is the 5th.