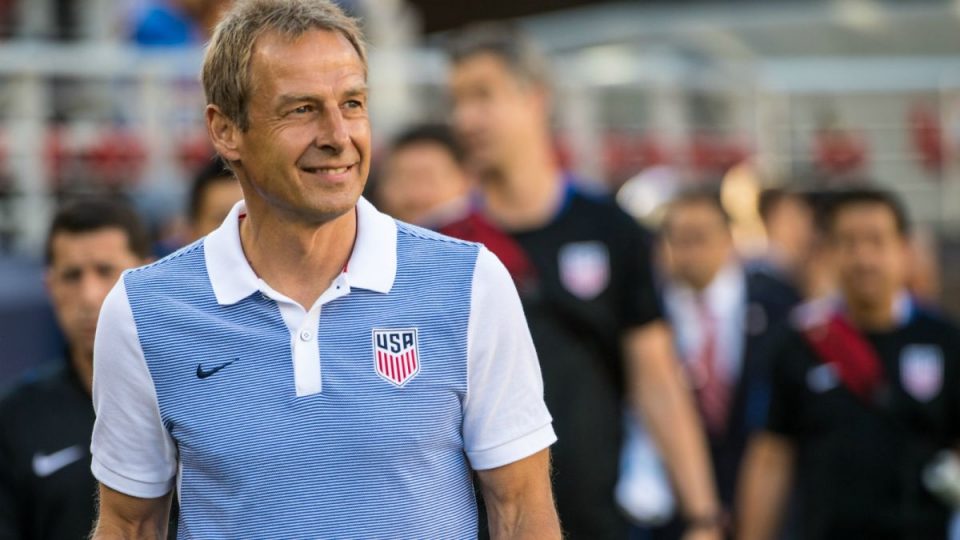 Jurgen Klinsmann has released the names of 26 players who will make up the United States Men’s National Team squad for next week’s World Cup Qualifiers against St. Vincent & the Grenadines and Trinidad & Tobago.

All but four players from the 23 man Copa America Centenario team have been recalled, with some youthful Yanks also being given the opportunity to show their worth.

21 year-old Seattle Sounders striker Jordan Morris returns to the squad, with fans anxious to see if the former Stanford All-American can get back to the form he possessed when first joining the national team in 2015, when Morris scored against Mexico on his international debut in a 2-0 victory at The Alamodome. Now as a bit more of a seasoned professional, Morris will be doing all he can to get some minutes in the two matches, with four other forwards competing for playing time.

One of those players is 20 year-old Rubio Rubin, the Beaverton, Oregon native who plays for FC Utrecht in the Dutch Eridivisie. Rubin has had a tough go of it in 2016, missing the first three months of this year (and the final two months of 2015) with a stress fracture in his foot. Since returning from injury and spending time with the Utrecht reserve team, Rubin has found good form of late, again catching the eye of Klinsmann and his staff.

While Jozy Altidore’s selection was to be expected, that of San Jose Earthquakes captain Chris Wondolowski was by no means guaranteed. Wondolowski himself had said “this may be it” in regards to his international career following the U.S. exit from Copa America. The former Chico State man is 33 years of age, and has been the brunt of countless U.S. fans since his close range miss against Belgium in the 2014 World Cup. “Wondo” (as he’s affectionately known) is viewed by his peers as one of the hardest workers in the American camp, and with the 2018 World Cup less than two years away, it will be interesting to see if his mindset shifts, or if these qualifiers act as a swan song of sorts. Wondolowski’s selection could also have something to do with the Americans being without both Clint Dempsey and Gyasi Zardes, both dealing with injuries.

The Flyin’ Hawaiian in Hamburg, the ever tenacious Bobby Wood, returns to the U.S. team to round off the front line list.

21 year-old Kellyn Acosta has made the team as one of nine defenders. The FC Dallas man has been in fantastic form, his side the cream of MLS with the highest points total in either conference.

Fans in the San Diego and Tijuana areas will be happy to see Chula Vista native Paul Arriola in this latest U.S. squad. Arriola, who scored on his international debut against Puerto Rico in May (his only cap with the senior team) has been playing a super sub role for the Xolos of Club Tijuana in Liga MX. Xolos and former Mexico World Cup manager Miguel Herrera has had a mixture of kindness and motivation when talking about his 21 year-old American winger, saying recently in a press conference that Arriola “has work to do to become a starter, but is a weapon off the bench”.

Xolos are currently the first place team in Liga MX, with U.S. international Michael Orozco being a fixture in Herrera’s lineup. Orozco, who played briefly and rather poorly in the Copa America, has also been called in to this qualifying squad for Klinsmann. Orozco has been a staple in the Xolos backline, and instrumental in his side’s stat of not conceding a single goal at home in four league matches to start the season.

The baby of the bunch is none other than Borussia Dortmund teenage sensation Christian Pulisic, the 17 year-old midfielder looking to truly get on track for the senior national team after some encouraging performances at the Copa America.

Caleb Stanko is getting his second call up from Klinsmann. Stanko is a 23 year-old defensive midfielder who is currently on loan at FC Vaduz (a Liechtenstein based club that plays in the Swiss Super League) after playing over five years for SC Freiburg in Germany, albeit sparingly (just five times) for the full senior team. Stanko was in the U.S. camp in May, but did not play. He will certainly be looking to the match against St. Vincent & the Grenadines as an opportunity to register his first cap.

Omar Gonzalez will mark his return to Klinsmann’s team after being surprisingly left off the Copa America roster. Gonzalez, who has become a fan favorite at Pachuca in Liga MX (winning a championship less than five months after arriving at a club is never a bad way to start a relationship with a group of supporters) is viewed by much of the Mexican soccer media as one of the best central defenders in the country. The form he found after leaving MLS and the LA Galaxy and hitting the ground running in Liga MX had fans and journalists north of the border wondering if Gonzalez was on his way back to the heights seen with the national team, most notably his performance in a 0-0 draw against Mexico at Estadio Azteca in the 2013 Hexagonal. Gonzalez will be in a tough spot with the U.S., facing a fierce competition for central spots spearheaded by Geoff Cameron and John Brooks, the Stoke City and Hertha Berlin becoming quite the duo during the Copa America.

With the rest of the roster featuring familiar faces, the U.S. look primed to pick up two valuable wins, which could be necessary to win the qualification group outright. They head to the southeastern reaches of Caribbean for Friday’s match, kicking off at 12:30 PT from Arnos Vale Stadium, a cricket ground in the capital city of Kingstown. The U.S. will then make the short flight to Jacksonville, Florida, where they will host T&T to finish off the group on Tuesday, September 6th.