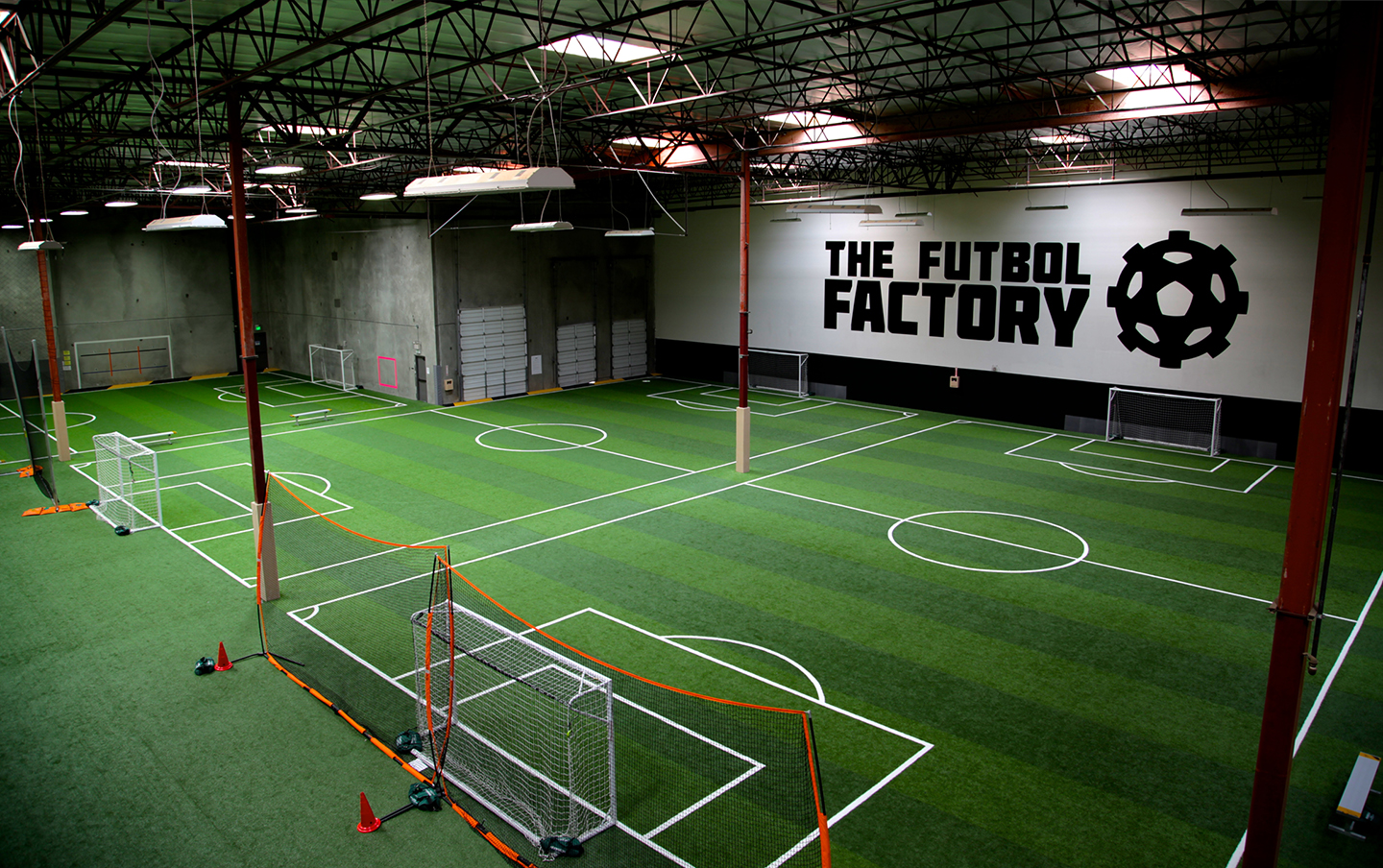 “We know the U.S. will win the World Cup sooner than later, and we want to be part of it,” states Juan Carlos Paz y Puente, one of the founders of The Futbol Factory (TFF) based in Chula Vista, California.

Juan Carlos began his business ventures prior to opening the notable soccer training facility as founder of a music school in Mexico City twenty-two years ago. He compares teaching a person how to play an instrument with teaching how to play soccer at TFF today.

Juan Carlos and his three partners opened The Futbol Factory on September 3rd, 2013 with the motivation to contribute to the progression of training techniques in the United States.

“We think that the missing ingredient in U.S. soccer is individual technique. The whole structure is focusing on team coaching, not individual teaching. We decided to add that element to the U.S. soccer scene,” explains Carlos. 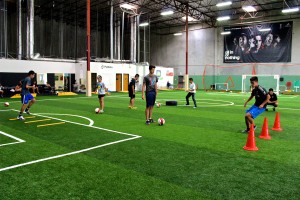 Active drills in a wide variety give your child any form of practice they need.

With the facility containing numerous training opportunities for youth players, TFF differentiates itself by being strictly a soccer school that includes training sessions but does not have leagues.

Sessions are held during the week and on weekends to provide flexibility for parents to bring in their child. Other services provided are group clinics, private sessions, summer and winter camps, corporate team building activities as well as party packages.

The factory also includes skills challenges for its players that allows for the training atmosphere to extend past much more than just a standard practice. These opportunities give the facility that ultimate ‘wow’ factor that has put TFF on the map in San Diego. 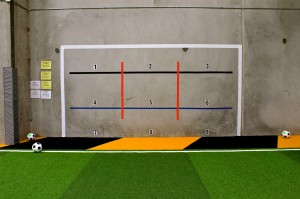 The numbers on the wall gives us the opportunity to create a lot of different drills, games and challenges. Try hitting your phone number! 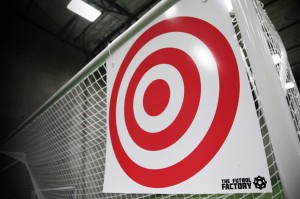 Targets in the top corners of the goal to show off your accuracy! 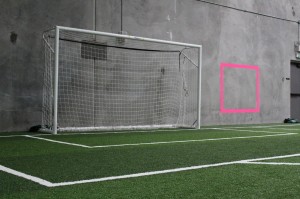 The pink square is used to make controlled passes to the same spot over and over again. 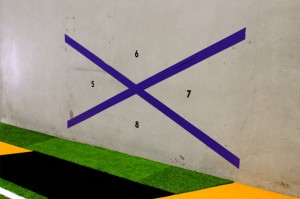 The purple X is great to make small adjustments; a little bit lower, higher or more to the left or right. 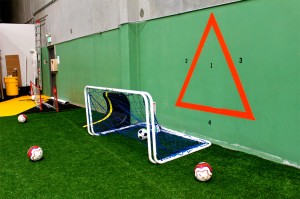 The triangle makes the player more precise on high passes as the higher you go, the smaller the target.

During a typical two-hour session the training focuses on trapping, dribbling, passing, shooting and also includes a practice game to conclude the session. The organization of the training sessions varies based on the age and particular skill level of your child.

TFF provides a well-distinguished ratio of instructors to players in order to allow for kids to receive the attention and focus that is not always available with ordinary training sessions.

[quote_left]“Coaches don’t have the time during their training sessions to make every player take 100 shots, we can,” states Carlos.[/quote_left]

When asked about which aspects he believes makes TFF a contributable soccer facility, Juan Carlos explains that it extends past being an amazing facility with unrestricted equipment.

TFF consists of a great staff that cares about results and wants to make every kid a better player training in an amazing facility combined with dedication to the method and philosophy of allowing kids to learn in a fun and enjoyable manner.

The staffing of the instructors at TFF is what provides that higher level of credibility. They are much more than just coaches with a job, they are dedicated teachers and heavily show it in their focus and mannerisms. 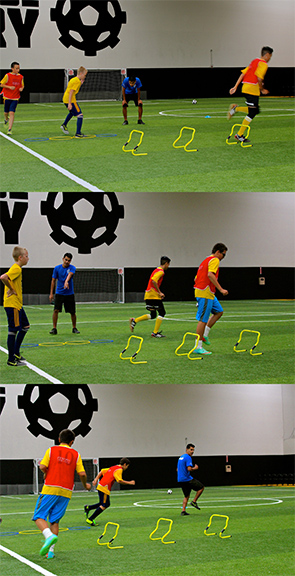 “We looked for great people that are very good players, not the opposite,” declares Carlos.

When asked about his job at TFF, Christian Garcia explains, “You get a whole variety of kids. Each kid has a different personality and not every kid learns the same. You have to build ways around that so they can learn at the same pace.

The Futbol Factory instructors heavily interact with the players and provide them with a fun and friendly atmosphere while also performing highly proactive drills.

Trainer Hector Rivera commented on the success and influence The Futbol Factory has on its players and the joy they get out of the training.

‘You can just see it on their faces, when they are really into it and they’re motivated, that’s when you know they’re enjoying themselves,’ states Rivera.

With the level of soccer in the United States growing, The Futbol Factory has provided San Diego with that next step of commitment to keep soccer development in the United States moving in the right direction. San Diego brings some of the most competitive teams in the country and is now provided with a facility to strengthen the competitive and influential growth in the city.

The Southern California hotspot for soccer has began to show its true colors and sees our first stop at this training facility in Chula Vista. Be sure to check out our first of many developmental facilities as we begin here in San Diego. 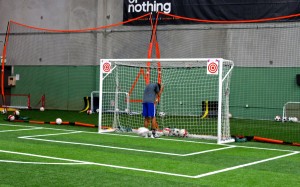 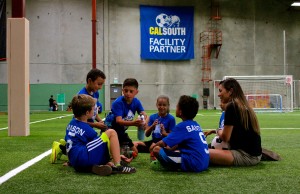 The instructors remain personal with their players during training sessions. 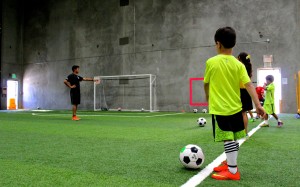 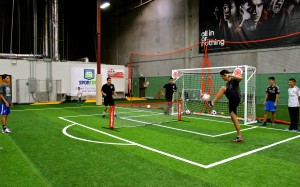 Soccer tennis to help practice your touch and provide students with a friendly activity. 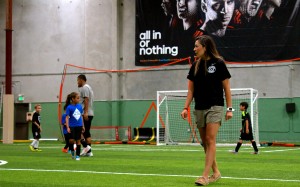 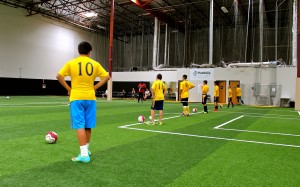 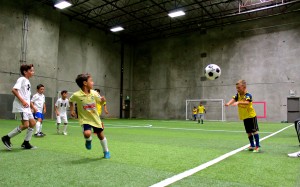 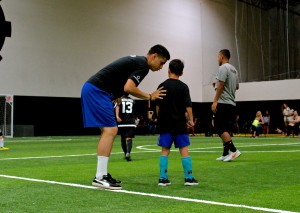 The concentration and concern of the instructor is captured during this practice game. 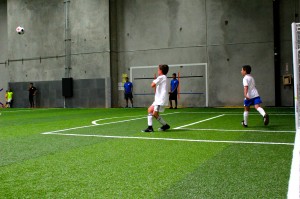 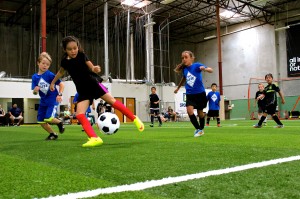