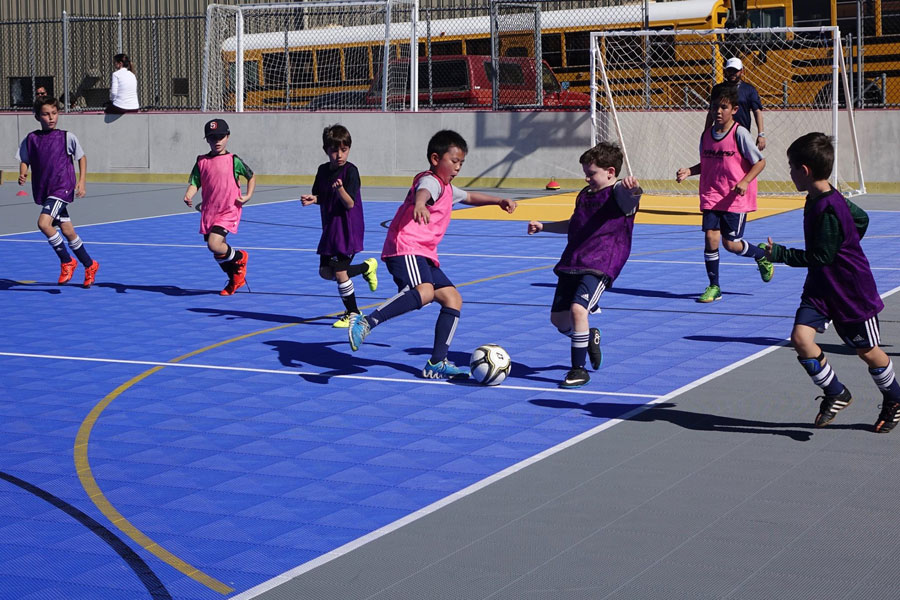 Commander’s Intent as a Weapon for Cultivating Creativity Within the Choke Hold of Robot Coaching.

In our last discussion, we reviewed steps to help coaches be prepared for the unexpected. No matter how well prepared you are for a session or a game, chaos will find a way to upend your plans.

You must be able to adapt, have a plan Z, and overcome the realities of life coaching youth soccer. Everyone has a good session plan, but no session plan survives contact with the enemy.

I also mentioned in that article this is a great way to model adaptation and improvisation to your athletes.

Players must learn to be independent-thinking problem solvers in the game. They cannot freeze every time Murphy has a laugh at their expense. They also must stop looking to the sidelines for the answers. The double-edged sword being used today is we preach “creativity” in our players but expect obeyance in order to meet the standards of “development”. You have to do exactly as we say so you learn what you need to get better. Hence, our players get stuck in a tennis match of looking back and forth to the sideline.

I misquoted Mike Tyson in the last article. Apparently, he is known for saying “everyone has a plan until I hit them”.

That quote is far more apt to today’s topic. You can be the best coach in the world, teach awesome technique and method and provide great processes as a framework, but your players will get smacked hard by Murphy’s Law. Worse, your players must still adhere to the requirements of playing for a big club with its own “mission” or they will get left behind for those players who do stay in line.

How do we teach our players to adapt in the game but still succeed in our long-term development goals as coaches?

Doesn’t it seem counterproductive to let them be “free thinkers” when we are expected to accomplish technical and tactical goals set forth by the club or the “pyramid”?

If we never require them to adhere to standards of play, they won’t meet the overall club goals and we will fall short in our mission and they will be seen as not good enough for the elite level.

Most large clubs have a tried and true process and expect us to follow that process in order to groom players for the “upper echelon”. Do we robot coach or allow for creativity?

This is a very real concern I hear often. We want creativity but the choke hold of adhering to club philosophies and development standards makes us more puppet master than art teacher.

It’s one I also dealt with as a coach. I wanted my players to solve the game and own the experience. I wanted them to be analytical, independent-thinking problem solvers but my club had “goals”. I was expected to let them be “free” within the confines of the machine itself. Very Matrix-like. Are they ever “free to express” themselves if they are locked into what the Club and DOC expect of them short and long term?

Also, what happens when the entire plan goes to pot because contact with the enemy blew it up on us? Do we teach them to break protocol?

The answer is simple. Too simple. Stupidly simple.

Yes, if you employ a simple military technique.

If you use Commander’s Intent as a tool in your overall player development model, you can allow your players to own the experience and still adhere to the needs of the “machine”.

First, lets examine Commader’s Intent more closely. The Commander’s Intent is, simply put, what the commander wants the battlefield to look like at the end of the day. It is the ideal outcome. It is what success is for that battle. It is the ultimate reason you engage. Even more simply put, it is the WHY.

The military realized that with so many moving parts, so many units, roles, and responsibilities involved in a battle and the deep level of details, rules, protocols heaped upon the personnel, there was a good chance that when they “got hit in the face” all of those players involved in the mission would not know how to react. When the plan did not go as well as it was drawn up on paper and practiced in a vacuum for months on end, soldiers and leaders would freeze.

Not always out of panic. Many might freeze because to make a decision would mean to go off script. To go against the stringent protocols. “Do not break protocol”.

We are taught in war, business, and life to follow the proven process. To not fix what is not broken. If we follow the process, adhere to the goal, and use the methods hammered into us during training, we will ultimately succeed.

In a perfect world or a vacuum this is true, but real life has a way of tossing curve balls when we plan for fastballs. The military is wise enough to see that sometimes improvisation is the only way a plan can be carried out to fruition. So they employ Commander’s Intent and allow their personnel a spectrum of improvisation within the arena of the battle.

Imagine this. Your job is to storm the isolated airstrip guarded by a rebel force. You plan for months and have every detail worked out to the moment. The day of the event, anything and everything that could go wrong does go wrong. Enough is awry in your plan that you should abort to prevent mission failure. If you cannot adhere to the plan and cannot meet the goal, you abort to reduce loss.

But…Your Commander gave you the why beforehand. You must secure this airstrip so supplies and supporting troops can be flown in for the greater mission. If this support does not make it to this airstrip the entire war could be lost. This is your why – your Commander’s Intent.

Knowing the importance of your mission, you would adapt and improvise in order to accomplish the why. You wouldn’t freeze. You wouldn’t abort. You wouldn’t fail because your why defines your what and allows you to adjust the how.

This is pure genius.

In very basic terms, every military strategy has a Commander’s Intent stamped in the upper corner of every page. No matter your unit’s role, mission, or orders there on the top of the page is the WHY.

Every unit, every leader, every soldier has orders, proven processes, work techniques that strengthen the likelihood of the outcome, but they also have the freedom to adapt only the portions that require adjustment in order to achieve the WHY (this is the spectrum of improvisation). Improvise along that spectrum only what needs it.

Imagine employing that within your team or club? You start each season with a WHY that is linked to the WHAT and allow your sessions, your game plans, and your player’s decision-making to evolve around that WHY. As long as they adhere to teachings that still work but adapt where the chaos has won, they will achieve the WHY. If they achieve the WHY, leading to the WHAT, mission accomplished.

It allows total freedom to choose as long as they adhere to the WHY. The HOW can be their creative freedom!

Players stop being robots and spiders. They start becoming analytical, strategic, problem-solving. They won’t freeze out of fear of going against the protocols of the machine or the coaches “wants” but will adapt where needed to stay within the framework of the overall WHY and still achieve your and the club’s goals. You as the club leader or coach are willing to allow the spectrum of improvisation as long as the why is being met by the players in the long run.

That’s a game changer. No more debates over “free play” and “adherence to development needs”.

You can teach your players to adhere to the guidelines of the greater machine while also learning to play more empowered as independent problem solvers who don’t need to be given orders all game long. Give them a what, backed by a why, and let them figure out the how.

I have a story that shows the power of Commander’s Intent. Keep an eye out for it soon.