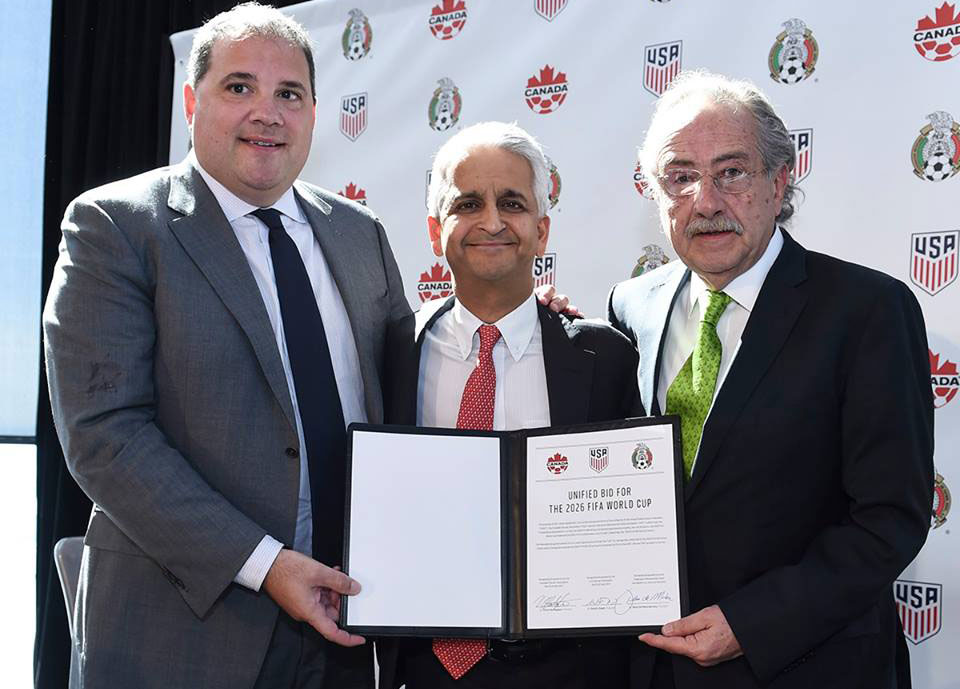 Image Courtesy of US Soccer

Nate Abaurrea and Dike Anyiwo reunite for the latest edition of the SoccerNation Podcast: Powered by soccerloco.

In this episode the boys discuss the results of the Generation Adidas Cup group stage from the weekend. Why is it that MLS clubs appear to be so far behind the rest of the world when it comes to developing world class soccer players? Is it a question of mentality?

The talk then turns to the big news of the day with the United States jointly bidding to host the 2026 World Cup along with Mexico and Canada.

Nate then tells the story of his experience in Tijuana as Los Xolos hosted Club America in Liga MX action on Friday.