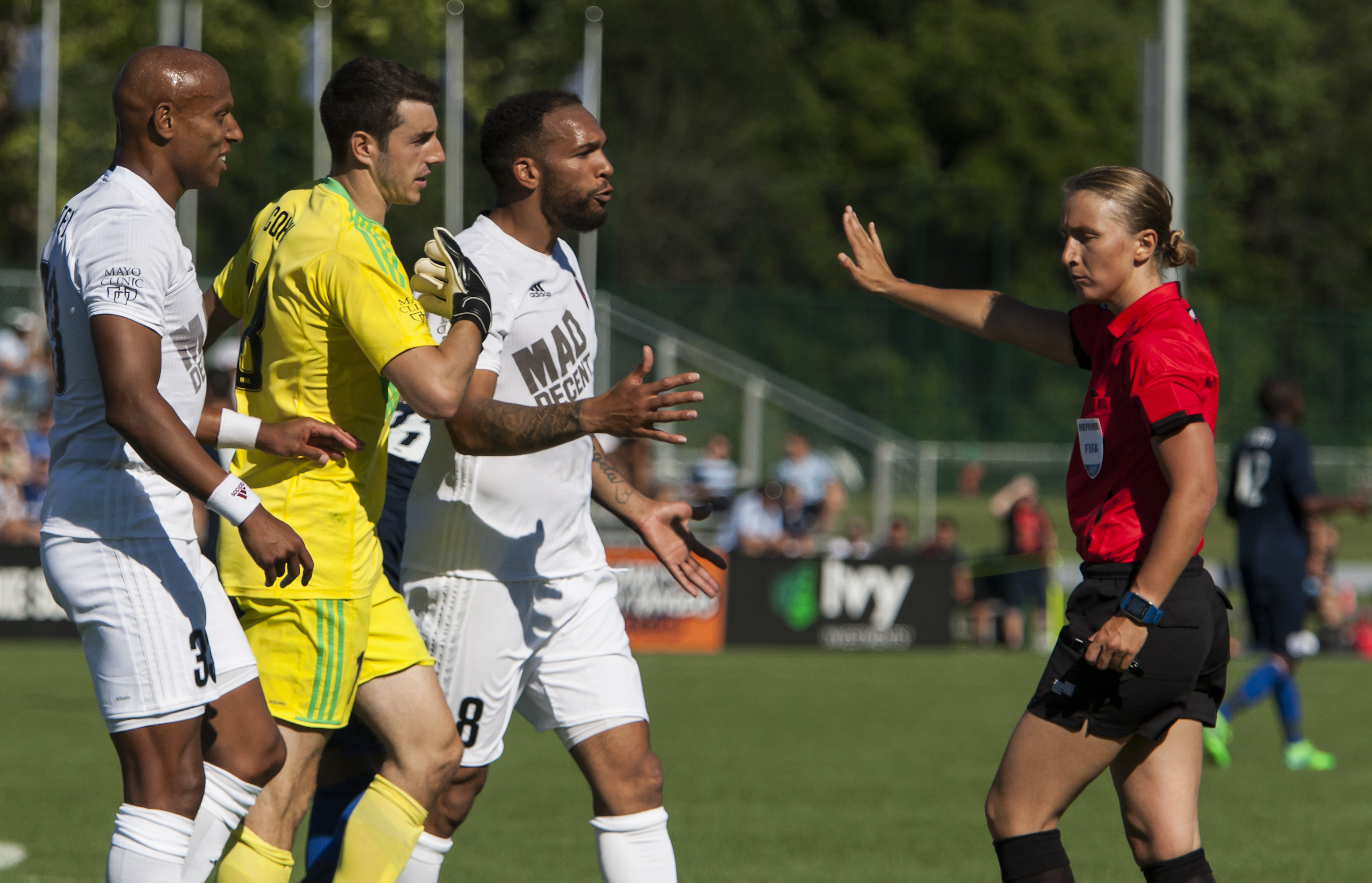 Drawn Together: Phoenix and Swope Park share the spoils in frustrating affair

Looking to string together consecutive wins for only the second time this season, Phoenix Rising FC had to settle for a draw, finishing 2-2 with Swope Park Rangers at Children’s Mercy Victory Field in Kansas City.

In Didier Drogba’s second match for Phoenix, and first on the road, Rising FC had rare opportunities to score, but played well enough on defense to register their first clean sheet of 2017. The referee disagreed.

After a long opening stretch of possession play on both sides, Shaun Wright-Phillips was sprung down the right side, but was brought down from behind with a dangerous sliding tackle from Liam Doyle, who received a caution for his decision. Drogba’s 19-yard free kick cleared the wall but sailed harmlessly to Swope Park goalkeeper Adrian Zendejas.

Thereafter, the momentum swung decidedly in the direction of the home team, with the Firebirds absorbing pressure without giving up many dangerous chances, until the 25th minute, anyway.

With Swope Park forward Lebo Moloto attempting to receive a cross in the Phoenix box, Rising FC defender JJ Greer sent the ball out of bounds, and Moloto went flying. Despite protests from Greer and his teammates, a penalty was awarded, and Kevin Oliveira converted.

In the 43rd minute, Swope Park nearly capitalized on another blown call, when Kharlton Belmar was the recipient of a ball headed on by a teammate while he was offside. His 1v1 shot on Phoenix ‘keeper Josh Cohen was smothered.

Drogba drew a foul in the 52nd and stepped up to take the free kick, which went off the wall and over the end line. Doyle hit the turf on the play, and replays showed that already carrying a yellow card, the big defender may have deflected the ball with his hand. A corner was given, but it came to nothing.

In the 57th, the SWP-Drogba connection drew blood for the second time in as many weeks, when a broken play allowed Wright-Phillips to feed Drogba outside the penalty box. The Ivorian legend took a look at the players in his path, and drove a low shot to the left post that caromed into the net.

The tie score wouldn’t last long, however, as AJ Gray was flagged for a penalty in his box. Both Gray and SPR captain Christian Duke were after the ball, and upon their innocuous collision, Duke fell to the box in blatant simulation, but the penalty was given anyway. Nansel Selbol converted the kick for the Rangers.

Rising FC had a decent chance in the 85th, when a short corner from Eric Avila resulted in a soft chip by Eder Arreola which was caught by Zendejas.

Justice, such as it is, would finally be served in the 89th minute, when Drogba beat Zendejas with a penalty kick that would seal the scoreline. Bravo had received a call in the box after going down easily from contact with Amer Didic.