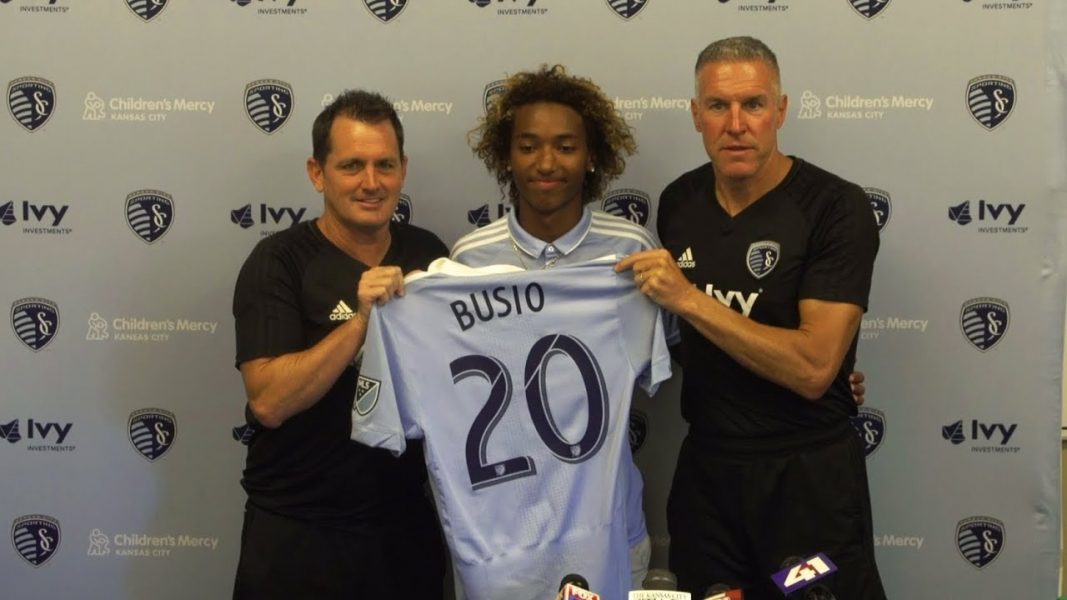 Busio and Adu, What a Difference 13 Years Makes

On Aug. 24, Gianluca Busio became the second youngest player ever to sign a professional contract with Major League Soccer.

That, of course, brings up memories of the youngest.

I first saw Freddy Adu when he was 11 and playing for the Potomac Cougars at the 2001 US Youth Soccer National Championships in Lawrence, Ind., just outside Indianapolis. A native of Ghana, Adu moved to the U.S. when his mother won an immigration lottery when Freddy was eight years old.

In Indy that year, there was a buzz around the field every time Potomac played. Word had gotten out about Adu’s prodigious talent, and I first heard about him from an adidas rep who spotted me walking between fields and said, “Come on, you gotta see this kid.”

College coaches had come to see him play and soon realized they were wasting their time. “He’ll never play in college,” one told me. He was right. Freddy signed an MLS contract in 2004 at age 14 after two years at the IMG Academy in Bradenton, Fla.

The second time I saw Freddy Adu was at the 2004 MLS Draft in Charlotte, N.C., when DC United made him the league’s No. 1 pick. He had been in the country for just six years and he was a millionaire. They threw a scarf around his neck, shoved a Sierra Mist in his hand, and he did his best to answer questions about becoming the savior of pro soccer in the U.S. before he could drive.

The rest of the Freddy Adu story is a bit bewildering. He clearly had the talent to play professional soccer, but he is currently without club at age 28. Last year, he was with the Tampa Bay Rowdies of the NASL, his 13th club in 12 years. 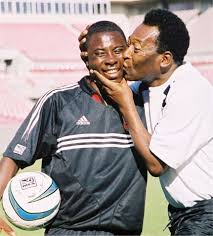 I first met Gianluca Busio when he was playing recreation soccer in Greensboro as a five-year-old. His older brother Matteo, now a junior at UNC Greensboro, was an outstanding youth player, regularly playing for state and region championships. His mother Dionne, started a TOPSoccer program for children with physical and mental disabilities, His dad Alex was an Inter fan who had a reasonable approach to his children’s soccer careers.

The similarities between Adu and Gianluca Busio end with their rare talent, their ability to do whatever they want with the ball whenever they want. The health of MLS couldn’t be any more different today than it was in 2004. And Busio, who is spending time in the Sporting Academy program and lives with a host family, is in a program at Sporting KC that allows for sufficient time and education before being thrust in a glaring spotlight.

Don’t expect to see Gianluca in a commercial with Pele, like Freddy did, or in Sporting’s starting lineup, or on the bench, until he is ready to be successful.

But there’s little doubt that Busio is special. US Soccer fans learned that when he scored five goals in five games at the CONCACAF Championship in August. But Darren Powell, who coached Gianluca as a 12-year-old, saw it early.

“Gianluca and my son Caleb are the same age and played on the same team when they were little,” says Powell, the former Academy Director at Orlando FC who is now head coach of the USL’s San Antonio FC. “Even as a five-year-old, he stood out on the field with exceptional technical ability. He had the ability to run with a soccer ball with coordination and balance. It’s just looked very natural.

“As he got older, in each environment he was the top player,” says Powell. “From a U13 state-wide team playing up, to the NC Fusion Academy, to an MLS Academy, to opportunities with US national team … everywhere he goes, he keeps succeeding. He still has a long way to go to reach his ceiling, but as long as he keeps working hard, he’ll do well. He has fantastic ability. I still think his best days as a player are way, way in the future.”

Major League Soccer Academies are getting good at showing their young player a clear-cut path to the first team and helping they get there. Gianluca understands the situation he is in and the work it is going to take.

“I learned that it’s all driven by the player, really,” Busio said. “Others can help you but they can’t do it for you. If you are motivated enough and work hard enough and push yourself enough, you will be successful, no matter where you are or how old you are.

“I never really thought about being too young. Yeah, I’m younger, but like they say, if you are good enough, you’re old enough.”

He’s training with Sporting KC’s first team now, learning on the job with a goal of getting game time with Sporting’s USL affiliate, the Swope Park Rangers. 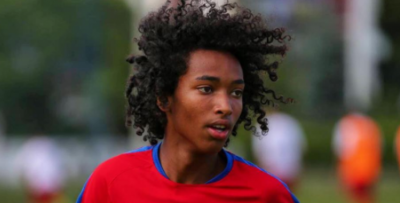 Gianluca first approached his parents two years ago with the idea of leaving Greensboro to go to an MLS Academy. He was regularly invited to US Youth national team training camps and was learning the value of MLS Academies. Even with the Red Bulls, Seattle, Philadelphia and Kansas City interested, Dionne and Alex quickly squashed the idea, telling Gianluca he was too young.

“But he was really relentless,” Dionne said. “He really wanted it. Matteo told us we were crazy if we didn’t do it. He was 100 percent behind it. He would have loved to have had that opportunity. He would have taken it in a minute. He said, ‘What’s the point of keeping him at home just because you don’t want to let him go?’

“Like any parent, I worry,” Dionne says. “But we hope that having 14 years with him doing things we hoped would make him a decent human being gave him a good foundation. He is with a great host family, and there are lots of things in place in Kansas City to make life as normal as possible, including a Player Welfare person.

“He’s not going out tomorrow and buying a Maserati. He’d need my signature to do it anyway.”