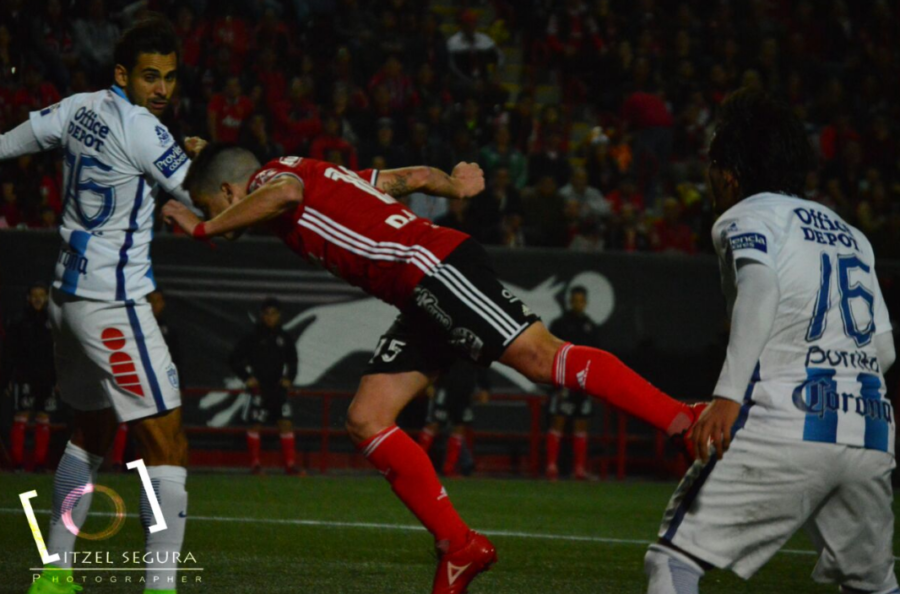 After allowing three goals in the second half, Tijuana emerged from Friday night’s match at the Estadio Caliente with a disappointing 3-2 loss.

Despite the fact that Los Tuzos were forced to substitute out an injured Hirving Lozano during the 16th minute, Xolos were never able to capitalize on the fact that Pachuca was playing without its star player.

In fact, it was Los Tuzos who appeared to be bolstered by the unfortunate Lozano injury caused by Tijuana’s Michael Orozco. Somehow rallying behind the absence of their winger, Pachuca quickly bounced back against a Xolos side which held a tenuous 1-0 lead at halftime.

Thanks to clever passing and playmaking from Los Tuzos, Tijuana found itself constantly chasing a Pachuca squad which easily scored three times by the 74th minute. Making matters worse, Xolos went down to ten men after Joe Corona earned a second yellow in the 77th minute.

Credit must be given to Milton Caraglio for Tijuana’s late goal, and Damian Perez for the home side’s first, but both opportunities were not enough to at least secure a point on Friday night.

Here are three Xolos talking points from the recent loss:

1. No Rodriguez, no Tijuana party

Following a knock in the first half, Xolos midfielder Guido Rodriguez was substituted out during the 54th minute of the defeat.

Although it’s unfair to put all of the blame on his replacement, Jorge Ortiz, Tijuana looked completely lost without Rodriguez bossing the defensive midfield position. Pachuca had little trouble sprinting past Ortiz, and thanks to their dangerous counters, Los Tuzos were able to find the back of the net twice after Rodriguez was taken out of the match.

Without the Argentine 22-year-old, Xolos lacked a serious amount of leadership during the second half. Tijuana needed someone to steal back possession, or halt Pachuca’s movement, but failed to produce that through Ortiz’s time on the pitch.

Keeping all of this in mind, Xolos fans should have their fingers crossed that Rodriguez will be fully fit before next week’s game against Queretaro.

2. Was Pachuca a reality check?

For those watching who were unfamiliar with the league, it would have perhaps been shocking to be told that Tijuana was Liga MX’s first place team.

Pachuca was clearly the better side and a bit unlucky to not get a fourth goal on Friday night. As for Xolos, the roster was consistently hesitant in the attack and playing without much spirit or energy in front of a packed home crowd.

This then raises a question: Are Xolos truly title-contenders?

One week after looking like one of the front-runners for a league trophy, Tijuana has faltered in a match which could have easily been a preview for the playoffs. Granted, Rodriguez was taken off early in the second half, but manager Miguel Herrera must find a way to earn points with or without his most important player.

Looking ahead, another Friday-like performance would do little to help Herrera and Tijuana in a playoff series.

3. It’s time to reassess Lucero’s role in the attack

Although Xolos newcomer Juan Martin Lucero scored a goal in the previous win over Monterrey, the striker has arguably been one of the more quiet players during the past couple of weeks. The 25-year-old, who has been poor with his distribution in recent matches, was at times forgotten during the loss to Pachuca.

Lucero does have a noteworthy amount of pace, but if Herrera is looking for a player with speed and better crossing abilities, it’s a bit confusing why the manager has left Paul Arriola on the bench.

Unless if Lucero is able to sneak in another goal in the near future, expect Herrera to give more minutes and a starting role for Arriola.

The only member of the attack who was willing to take several risks on Friday night. Hurtado was once again the catalyst in Tijuana’s movement forward and the main source of dangerous opportunities against Pachuca.

In a starting XI filled with countless average to underwhelming performances, the Colombian was able to occasionally shine with his dribbling and intelligent runs.

On Lozano’s injury caused by Orozco:

“It was one of those accidental plays that happen in soccer that you wish didn’t happen, especially against players like ‘Chucky,’ ” stated the manager.

“I’m very sad, because he [Lozano] is a figure that is growing. He is very important to the league, to their team. I offer an apology to him, to Pachuca and the entire league,” said Orozco.