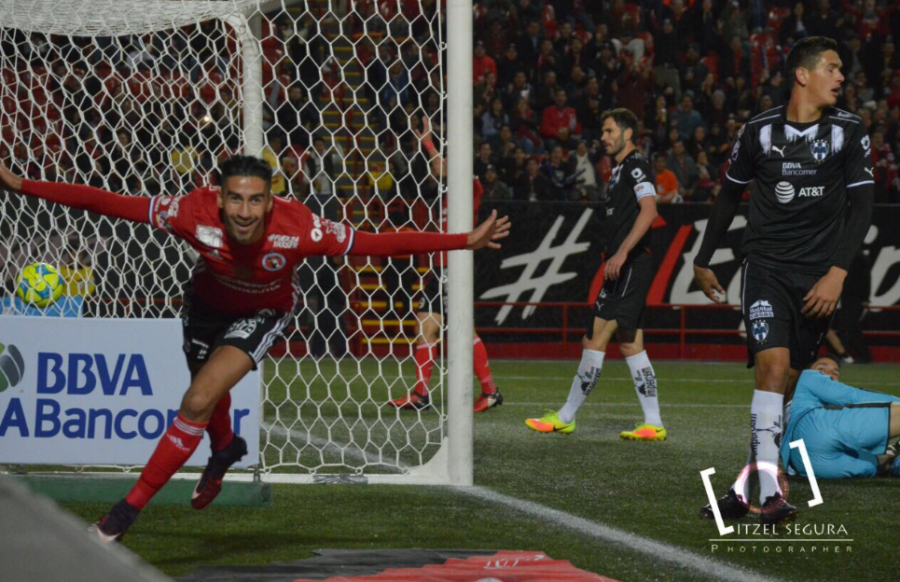 Following two disappointing matches without a victory, Tijuana quickly repulsed any inklings of a slump with a 2-0 win against Monterrey on Friday. Thanks to goals from Ignacio Malcorra and Juan Martin Lucero, Xolos had little trouble waltzing past a Rayados side that was mostly absent during the 90 minutes in the Estadio Caliente.

With the halfway point of the regular season around the coroner, and 16 points in hand, Xolos are well on their way towards another successful tournament. If manager Miguel “Piojo” Herrera is able to maintain this momentum during the next several weeks, his squad should easily emerge as potential title-chasers.

On Friday, Malcorra’s well-placed shot was by far the highlight of the match. The attempt, which was nearly saved by goalkeeper Hugo Gonzalez, marked the second time this season that the Argentine has scored off a free kick.

Although Joe Corona typically hovers over the ball as well during set-pieces, and occasionally takes them, there is no doubt that Malcorra is the current best option in the roster when it comes to accurate free kicks.

At the rate that the midfielder is going, it wouldn’t be a surprise to see him finish with four or five goals off set-pieces this season.

2. Herrera continues to tinker with his formations

Whether it be due to injuries, player selection, or just a desire to experiment, Herrera has gone through a few different formations with Tijuana during the past couple of months.

After initially starting the Clausura with a high-pressing 5-2-3 setup, the manager then switched to a more standard 4-4-2 during the past few couple of weeks. On Friday, Herrera caught several off-guard with another change in his starting XI and tactics through an unexpected 4-3-3 against Monterrey.

Believe it or not, it’s becomingly increasingly difficult to anticipate what the once highly predictable coach will do. Gone are the days of him incessantly using a 5-3-2 and announcing his starting XI the day before a game.

At this point, it wouldn’t be much of a shock if he were to once again alter his tactics and setup before the next league match.

It’s foolish to make predictions this far ahead of the Liguilla, but Tijuana is currently one of the favorites to clinch a championship this season.

Led by a strong and adaptable attack, Xolos have scored more goals this season than any other Liga MX side. With support from a promising goalkeeper, a decent backline and one of the best defensive midfielders in the league, Tijuana is capable of keeping up with any Mexican squad.

The big question now for Herrera, and local fans, is if the manager will be able to continue racking up points and confidence before a likely return to the playoffs.

The stats speak for themselves.

No other Tijuana player finished with more passes, tackles and interceptions than Rodriguez on Friday night. The Argentine took control of the midfield and was the key reason why Monterrey failed to finish with very many shots. 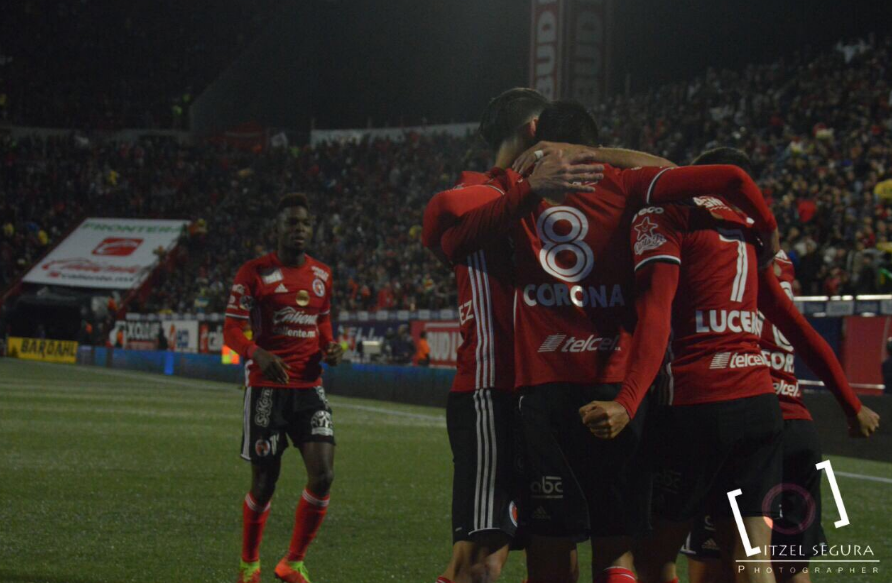 On his recent recovery from injury:

“I had two weeks off because of the injury. Obviously, I was doing hard sessions of fitness and gym work to try and be ready for this game,” said Orozco. “To be honest, I felt really good. The coach and the team gave me that confidence as well, so going out there and giving my 110% was the idea.”

On his favored position in the backline:

“To be honest, anywhere in the back. I like to defend, I like to help my teammates get the shutout. Anytime I can attack as well. Most of all, just defend. Anywhere in the back: left-back, right-back, center-back, it doesn’t matter. As long as we get that win, at the end of the day, that’s my goal,” he stated.

On Herrera’s different formations this season:

“Like you said, he [Herrera] has been using different formations,” said Corona. “Sometimes he plays with a line of five, a line of four. I feel comfortable playing in both because I am so familiar with them. I think a 4-4-2 is what we were adapting a little bit more to.”

On the possibilities of Bruce Arena keeping an eye on him:

“Hopefully, hopefully he is. I’m just trying to focus here and do the right thing, and I keep having minutes, so hopefully in the future he will call me up,” stated the American.