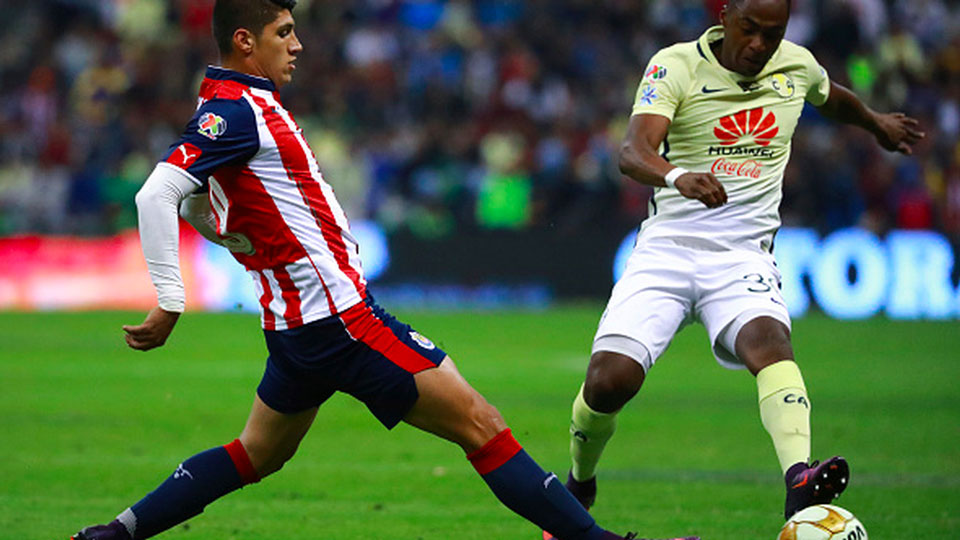 It was an evening of history for Univision Deportes on Saturday, as the network followed through with the first ever Liga MX match to be streamed in English on Facebook Live.

El Clásico Nacional, the biggest rivalry game in Mexico between Chivas and Club América, may not have lived up to the hype on the pitch, but the English language broadcast was a breath of fresh air for fans and media members alike who have been desperate for bilingual coverage of Liga MX to truly kick into gear.

The broadcast was made to be interactive, the trio of match commentators utilizing the Facebook platform to shout out viewers and engage with the audience throughout the ninety minutes of play.

Nico Cantor, Ramses Sandoval, and Guad Venegas called the game from Univision’s Miami studios as the action heated up 2,100 miles to the southwest.

The Facebook Live broadcast (which was available only to Facebook subscribers in the United States) received over 1.1 million views.

“I thought it went pretty well,” said Cantor, who also spoke to SoccerNation.com in the the buildup to the historic broadcast. “The feedback we received was very positive.”

“There was no precedent to a Liga MX online stream in English. So we tried making this broadcast informative for those watching the league for the first time but also appealing to the hardcore Liga MX fans. As we have more broadcasts, we’ll get more of an idea of who our audience is and what they want to hear. But overall I’d say it was a success.”

The match ended with a 1-0 win for Chivas, Los Rojiblancos playing at home at Estadio Omnilife in Guadalajara. Las Aguilas of Club América looked sluggish throughout much of the affair, the visitors never able to bounce back after falling behind to an Angel Zaldivar penalty in the 30th minute.

Zaldivar converted from the spot after teammate Alan Pulido was fouled inside the area moments earlier by América’s Pablo Aguilar, a clumsy challenge from the bleach-blonde defender that left referee Luis Enrique Santander with no choice.

América goalkeeper Augustin Marchesin was sent the wrong way by a smooth hip movement from Zaldivar, opening up his body and slotting home a left footed shot that rippled the netting and sent the home fans into an eruption of clásico joy. Chivas Manager Matias Almeyda and his assistants celebrated emphatically on the touchline. The hosts had been the superior side for much of the opening half hour, and they had gotten their due reward.

Unfortunately, that was to be one of just a handful of clear cut chances in the entire match.

With Almeyda’s Chivas team already developing a reputation for not possessing that killer instinct that it takes to be a true championship contender, the hour that followed Zaldivar’s goal did little to extinguish that public perception.

As the game’s second half turned into an episode of organized chaos, Chivas simply could not find the recipe for a second goal. This was despite playing a man up for the final 38 minutes plus added time, America’s Miguel Samudio being shown a red-card for a supposed stamp on Chivas defender Jesus “Chapo” Sanchez.

Television replays made it seem as if the stamp to the mid-thigh area was an inadvertent step at worst, with Sanchez also proceeding to grab his face during the brief tangle, despite Samudio’s boot having never come close to making contact with Sanchez’s head.

Ricardo La Volpe, the under-fire América manager, was shown his marching orders late in the second half after inexplicably entering the field of play and taking the ball off the feet of Sanchez, sending the Chivas player to the ground in the process.

(The challenge may have been all ball, but La Volpe will surely see a suspension for this bizarre moment.)

“It’s a shame that the game wasn’t that great,” Cantor said in his chat with SoccerNation. “América were pretty poor and Chivas were rarely threatened on the defensive end.”

“Almeyda’s team has a clear idea of how they want to play. But the execution of the game-plan still needs work. If Chivas would’ve been more authoritative inside the box, they could’ve annihilated América.”

Though it was in an ugly and downright wacky fashion, the win garnered three points for a Chivas side that now sits in second place, behind league leaders Toluca, in the Liga MX Clausura table.

With La Volpe’s seat now even hotter, and with a possible suspension for the manager looming, uncertainty is hovering all around the Eagle camp. America now sit in 14th place, just four spots off the bottom.

The current standing of Las Aguilas was just as noteworthy to Cantor as La Volpe’s peculiar antics.

“La Volpe has some explaining to do, and not just because of what he did,” said the Univision Deportes match commentator. “Him invading the pitch and tripping Sánchez was unnecessary. He could get suspended several games for that. And that won’t help América because they need to start winning. It’s the worst start in the Peláez era and now they’ve got an important clásico against Cruz Azul this week.”

Ricardo Peláez, the Club América Sporting President who is currently engulfed in a cluster of scrutiny himself, will be faced with the difficult decision of whether or not to continue with La Volpe at the helm.

Interestingly enough, América now have an identical record to that of Tigres, the side that beat Las Aguilas in the Apertura Liguilla Final less than two months ago on Christmas Day, an instant classic affair that saw four red cards, an all out brawl in extra-time, and a last minute equalizer to send the game to penalties, a shootout owned by Tigres goalkeeper Nahuel Guzman. It seems as if both teams still have yet to fully recovered from that wild holiday night and extraordinary culmination of 2016 in Mexican Soccer.

As for the Facebook Live broadcasts from Univision Deportes, stay tuned for more this coming weekend, as Club América and Chivas will both be featured on the English language stream for a second time.

Las Aguilas return to their home of Estadio Azteca on Saturday to battle Cruz Azul in the Clásico Joven. Live match coverage will begin at 7 PM PT. The Facebook stream will then bring Jaguares vs. Chivas to the online airwaves on Sunday, with coverage starting at 3 PM PT.