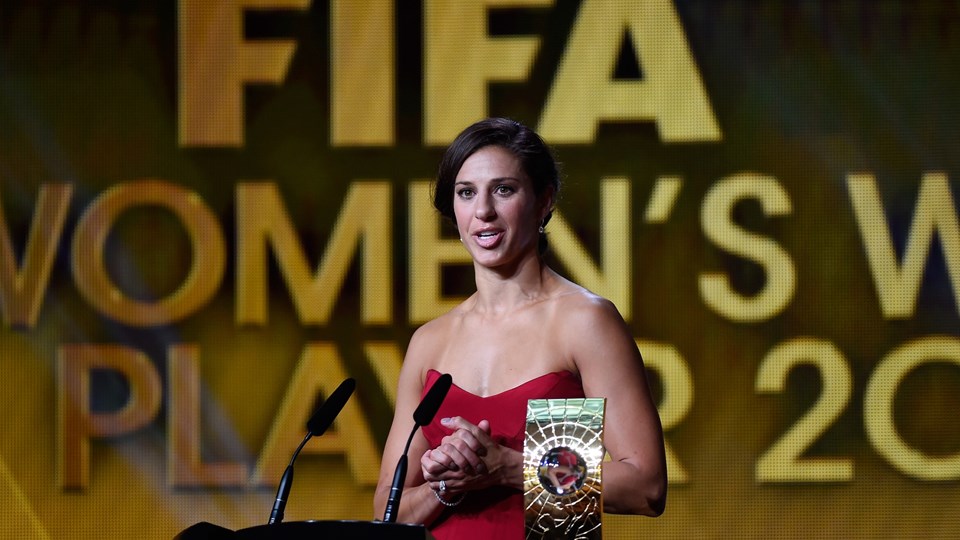 A little over six months ago, Carli Lloyd’s three-goal effort helped the U.S. Women’s National Team (USWNT) capture its first World Cup title in 16 years. Today, she was awarded for her performance, becoming just the third USWNT to be named FIFA World Player of the Year.

The award comes as no surprise, as Lloyd single handily won the World Cup title for the USWNT after scoring off a corner in the third minute and then off of a rebound in the fifth minute. Her third goal was the most impressive on the trio when she launched a shot from the halfway line that sailed over the Japan goalkeeper to put the U.S. up 3-0 in 16 minutes.

Lloyd looks poised to be a main contributor for the USWNT during the next World Cup cycle, as other veteran players have started to retire. As an added boost, she was named the captain of the USWNT just last week.

Fans in San Diego will have a chance to check her and the USWNT out as they will face the Republic of Ireland at Qualcomm Stadium on January 23.