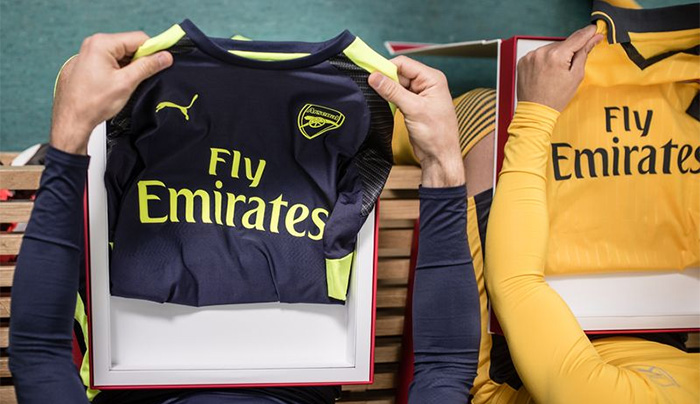 New Arsenal away kit draws inspiration from the Gunners' foundations in the Woolwich armaments factory; third kit by the club's focus on the future.

Following their 2-1 victory over the MLS All Stars on Thursday and ahead of their pre-season showdown with Chivas Guadalajara, Arsenal Football Club launched their away and third kits for the 2016/17 season at a special event in Los Angeles. Jamie Foxx hosted the event and was joined by current Gunners Santi Cazorla, Hector Bellerin and Nacho Monreal, as well as former star Freddie Ljungberg. 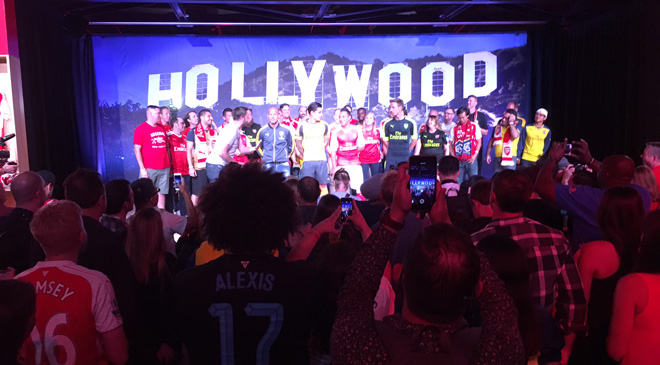 Soccer Nation was on hand as Arsenal players debuted the clubs new away and third kits. 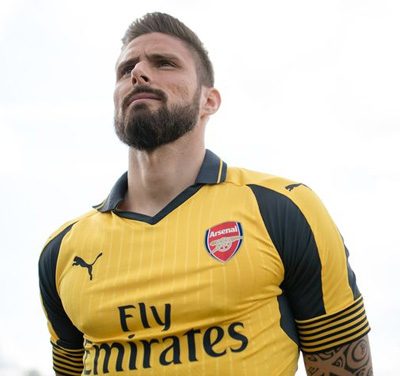 Arsenal’s Olivier Giroud shows off the 2016/17 away jersey

The Arsenal away strip for the upcoming season features a classic yellow and gunmetal grey look that draws inspiration from the Gunners’ foundations in the Woowich armaments factory, The Royal Arsenal. The yellow focused away color scheme has been used consistently over the club’s history since the late 1960s.

The 2016/17 Arsenal away jersey includes Jacquard pinstripes on the body, with gunmetal details from the collar down to the sponsor logos. The grey fold over collar compliments the v-neck and includes yellow detailing. The arms of the jersey are grey with the yellow Puma form strip running down to thin, alternating colored hoops around each sleeve cuff. Matching grey shorts with a yellow stripe down each side along with yellow socks featuring the same hooped pattern as the sleeve cuffs, round out the away kit.

Inspired by Arsenal’s focus on the future, the third kit features a very modern dark navy look with Safety Yellow contrasting highlights. Yellow form stripes run down each arm, meeting up with the wide sleeve cuffs also in yellow. Sleeve inserts on the front and back shoulder areas use a carbon surface sublimated design to add to the futuristic look. A special one color Arsenal badge design fits perfectly with the yellow Puma cat and sponsor logo. This third kit will be worn during cup matches including the UEFA Champions League during the 2016/17 season.

“I’m loving the new Away and Cup Kits for this season. I’m pretty into fashion so I think the Away Kit is great – the shirt has a cool collar and pinstripes, what else could you want? I really like the colours in the Cup Kit too – the Safety Yellow details will definitely help us stand out on pitch!” – Héctor Bellerín 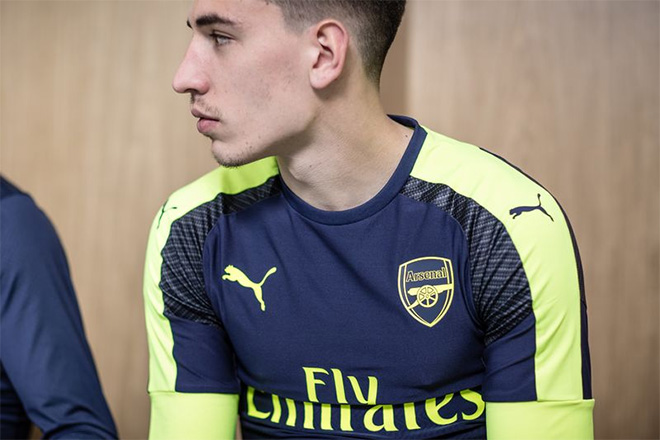 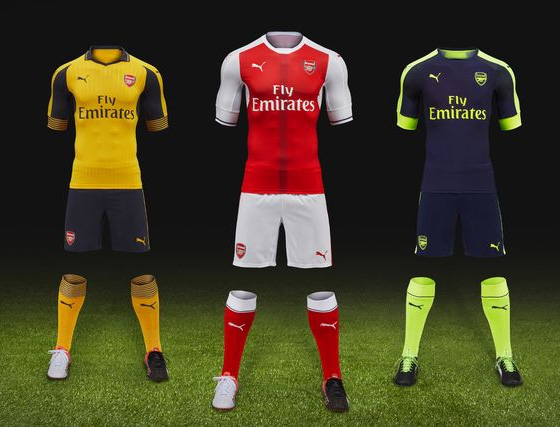 The 2016/17 Arsenal away and third jerseys are available now at http://www.soccerloco.com/arsenal.