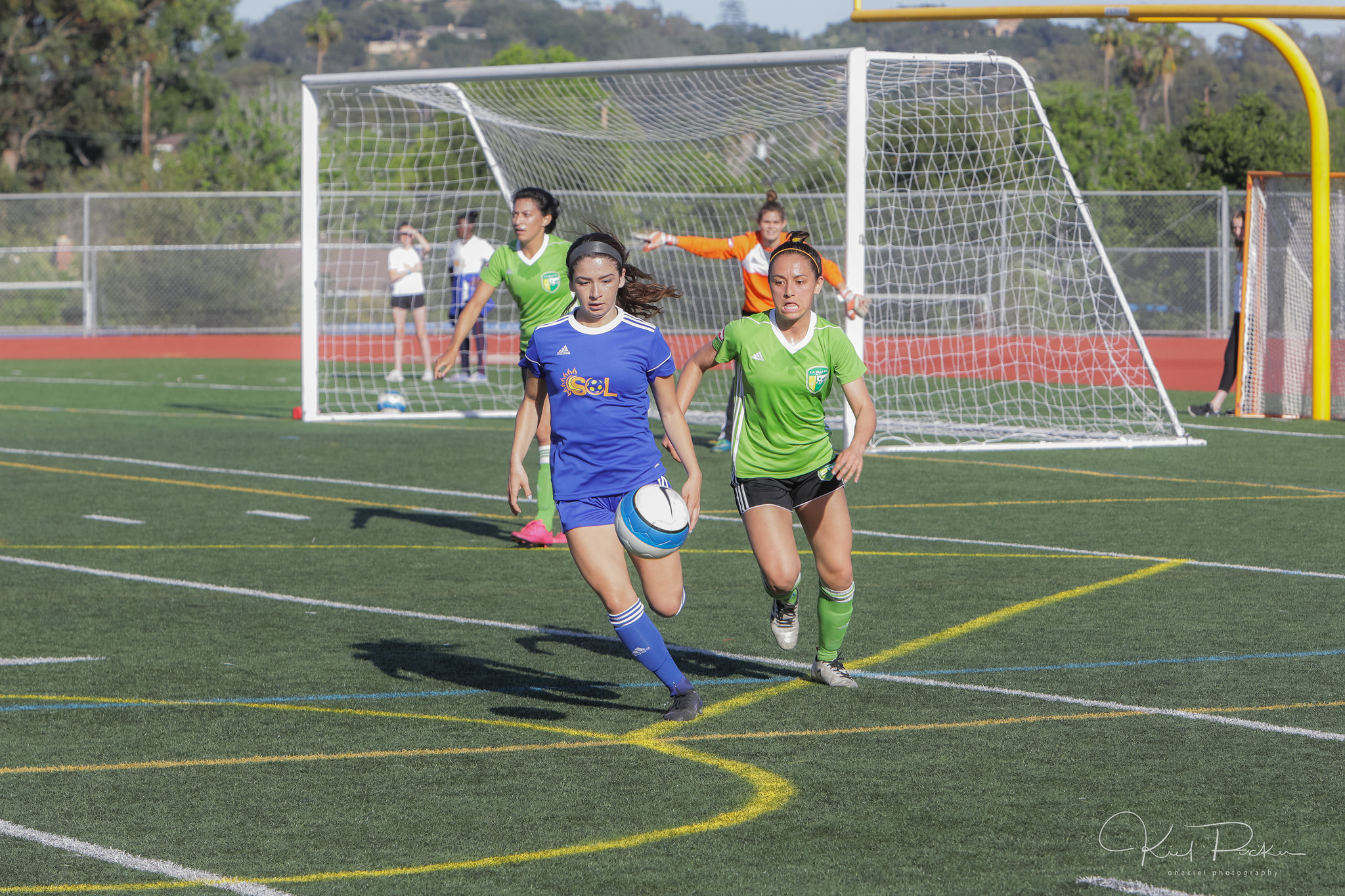 On April 29th a two groups of women battled played 120 minutes of soccer, culminating in a penalty shoot out, in which the LA Villa team coming out on

On April 29th a two groups of women battled played 120 minutes of soccer, culminating in a penalty shoot out, in which the LA Villa team coming out on top. Those who watched the live stream or who were present at the game missed a back and forth match.

LA Villa led 1-0 at halftime off a break away goal scored by Veronica Ramos, the second half provided to be an exciting one. In the 84th minute, Sol punched back with a goal by golden boot winner, Yadi Toraya, to send the game to extra time.

The Sol scored first in overtime with a finish by Daisy Cardona. LA Villa then answered back right away to conclude the first half of extra time with the scored knotted at 2-2. Neither team would score in the second period of additional time, so the game was to be decided by kicks from the penalty mark.

LA Villa came out on top 3-2 in the shootout. Goalkeeper Nicoline Jorgensen won the golden glove award as well for the tournament.

For the ladies involved, this tournament was about much more than the score. Cal South’s Women’s State Cup represented an opportunity to continue playing the sport they love at competitive level. There are limited outlets for women to continue their love for the game, and while this tournament was small this year, it can be grown in the coming years to be an competitive option for women.

A very powerful part for the Sol women was also that each player was asked to reflect about what they love about the game and what advice they would give to younger players.  Here are a few points that two of the Sol players shared:

Who inspired you to play soccer?

Shayne Wells: My Uncle Dino was a car driver for Ford Racing. He raced Ford trucks professionally in numerous of events. He tragically had an accident when I was young and became quadriplegic. He eventually lost his eyesight but never lost his hearing. For as long as I could remember, I was in and out of the hospital visiting him and tell him about soccer practices and my games. He never gave up fighting for his life and living for as long as he could, but after 18 years he passed peacefully. I strive for the fight, determination and dedication he had so he’s inspired me since day one to play.

Amanda Tewes: My parents began getting me involved in sports at a young age and after I tried almost every sport possible I wanted to try soccer and I fell in love with it and never looked back!

What would you say to a young player to inspire them?

Shayne Wells:  Never give up. You’re not always going to have perfect games and practices, mistakes are inevitable but there’s always room for improvement and being a better player than you were the game before. Believe in yourself always, and never stop striving for your goals.

Amanda Tewes: I would say to young players to embrace every chance you are able to play and if soccer steals your heart and entices you like it did for me, work hard and stick with it because the people you meet, the doors it opens and the memories and experiences you will gain are irreplaceable.

What’s a memorable moment for you playing soccer?

Shayne Wells: My senior year in college soccer, my team and I put away one of the top teams in our league. We just worked together really well that night, read off each other like we could read each other’s mind. It reminded me of how much soccer takes a team to be successful and working

Amanda Tewes: I’ve had so many memorable moments throughout my soccer career, but the top ones have to be winning a state championship my Junior year of high school, receiving a soccer scholarship from Oregon State and being able to play in the Pac 12 and being given the opportunity to go back and play my last year with my best friend.

Overall, all the teams enjoyed the event, many women were able to make new connections and hopefully next year there are even more teams entered so that more women can continue to stay in the game.