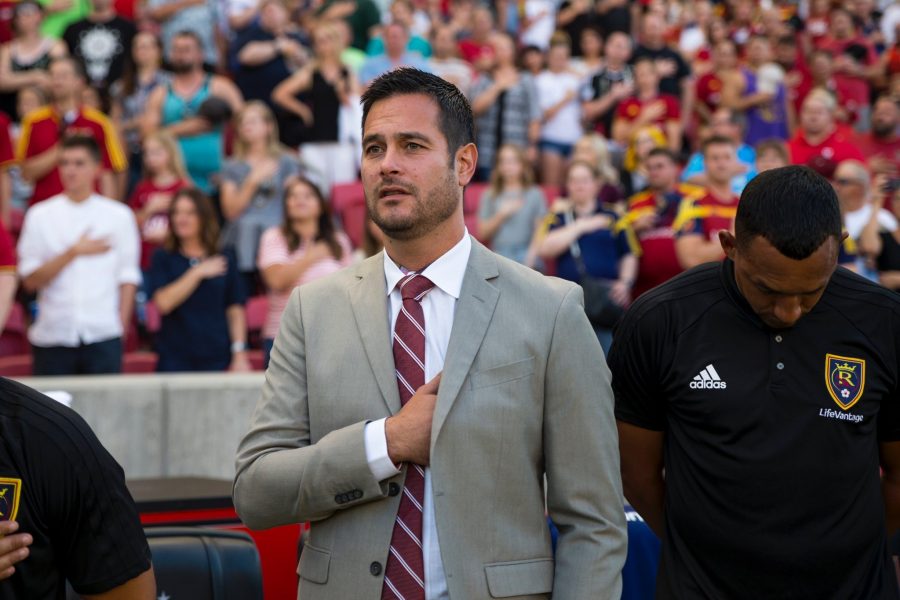 Get your Petke catchphrase T-shirts while they last!

What happened this past weekend in soccer? We’ve got three stories to help you stay on top of the headlines around the North American game.

“Pass these out, Trey”

Mike Petke has always been a respected coach around MLS, and one who’s seen as a straight shooter. The current Real Salt Lake boss took that reputation to the extreme on Saturday night, as he had one of the most entertaining press conference rants seen in league history.

Not does it look like RSL have started to turn a corner in their season — they won’t be contenders this year, but they at least look competitive — but Petke’s somewhat cogent remarks, peppered with instant catchphrases, has endeared him to all of MLS, and the consensus is we need more of it in the league.

Flying under the radar a bit in a busy weekend of soccer was Clint Dempsey, who not only played a supersub role to perfection for the U.S. Men’s National Team in their 2-0 Gold Cup semifinal victory over Costa Rica on Saturday. The game’s second goal came courtesy of Dempsey, whose free kick put him level with Landon Donovan all-time in the USMNT record books, with 57.

Donovan’s message to Dempsey: You can stop now. https://t.co/tKk2ZBjX4n

Donovan’s joking aside, it will be just one more goal until Dempsey has the mark all to himself. And while he didn’t take the accomplishment for granted after the game, considering the heart issue that sidelined him for the end of 2016 and threatened his career, one figures the Texan will break the record sooner rather than later.

Megan Rapinoe is having by far her best year in NWSL to date, and the Seattle Reign have had a penchant for being involved in high-scoring games this season. Those factors converged on Saturday as the Reign won 5-4 over Sky Blue FC, with Rapinoe scoring a hat trick.

Last night in the #NWSL:@mpinoe scored the 1st, 2nd & 9th goals of the game in @reignfc’s wild 5-4 win. #SEAvNJ ? pic.twitter.com/TM2HLlISDm

There are two extremely impressive aspects of Rapinoe’s performance here. First, her opening goal, a free kick, was a thing of absolute beauty, the kind of fluid set piece that you want to watch again and again.

Second, she scored the game’s first two goals, but saved the most decisive moment for last with an 87th-minute winner when the game was tied 4-4(!). Rapinoe clearly has more great soccer in her, but definitely enjoy this season she’s having while you can.