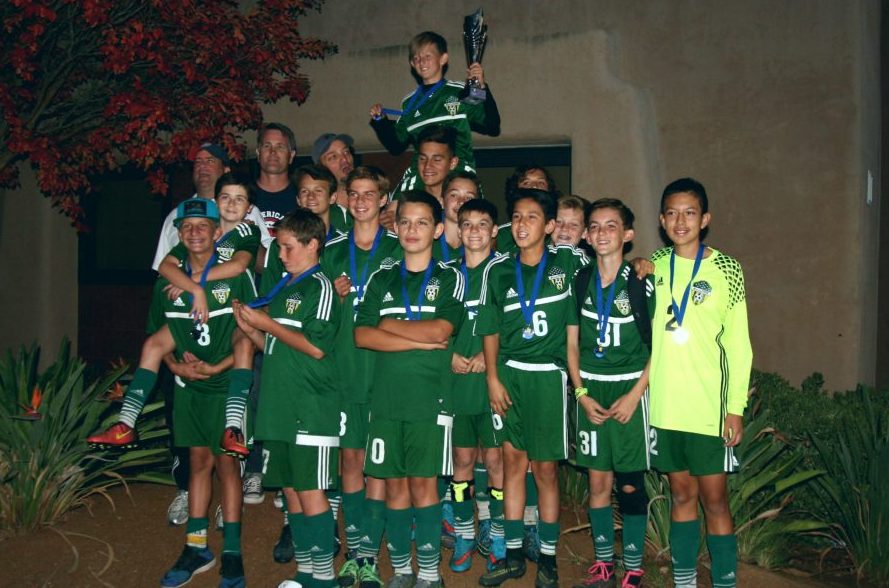 The Presidio Cup is a tournament that began over 20 years ago, between all Presidio Soccer League members. The tournament was held on December 3rd & 4th this year, and was another great success.

For teams that did not do so well this past league season it is a second chance, and for teams that came out on top, it is another hurdle to maintain and establish their winning title.

The tournament was played on fields throughout all of San Diego, from the Coronado Cays to as far as the East County at Los Coaches Creek — and the San Diego weather did not disappoint with a beautiful sunny December weekend. 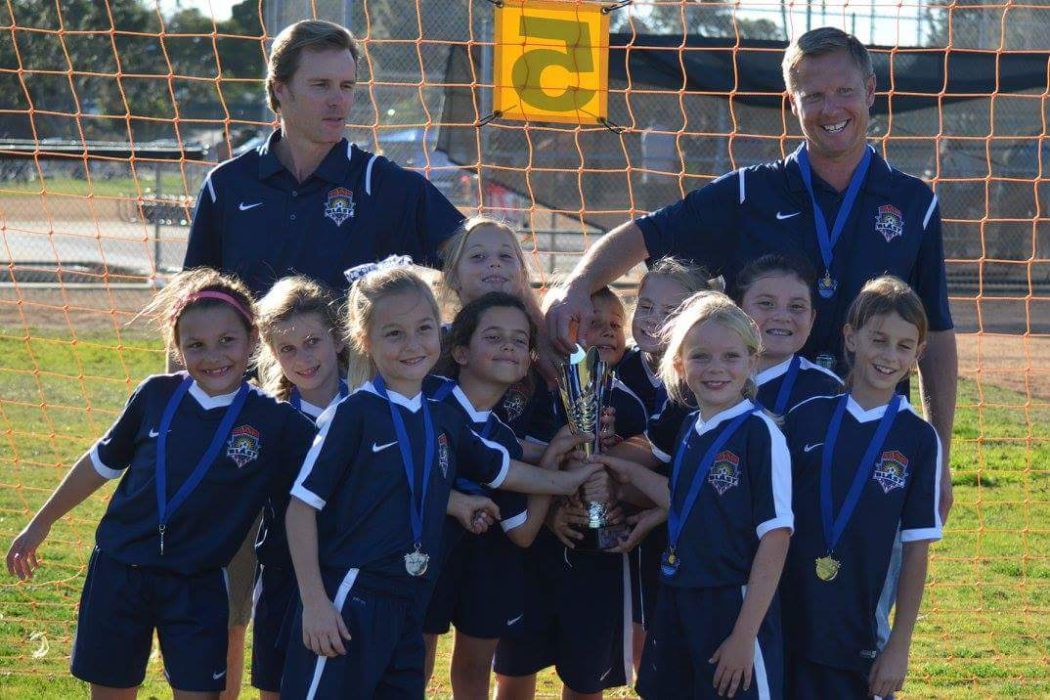 “The PYSL 2008 Blast girls played as a team and passed the ball extremely well.  The defense was on fire and allowed us to keep the ball on our side and have scoring opportunities. We could not be more proud of them.” – Coach Jason Grzyb 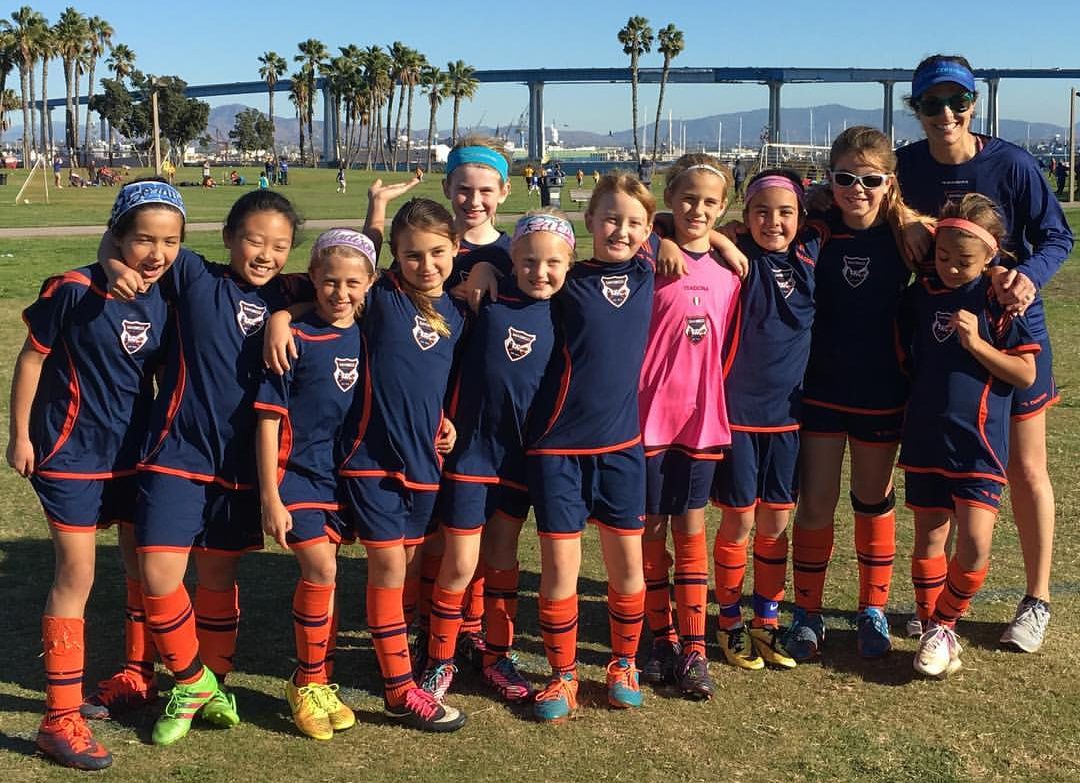 “I can’t express how much joy and happiness this team brings to me. The girls fought incredibly hard during the tournament and never gave up.  Even when the final came down to PK’s against the league champs, they believed.  Never underestimate the power of positive thinking and hard work.” – Coach Cyndi Muylle 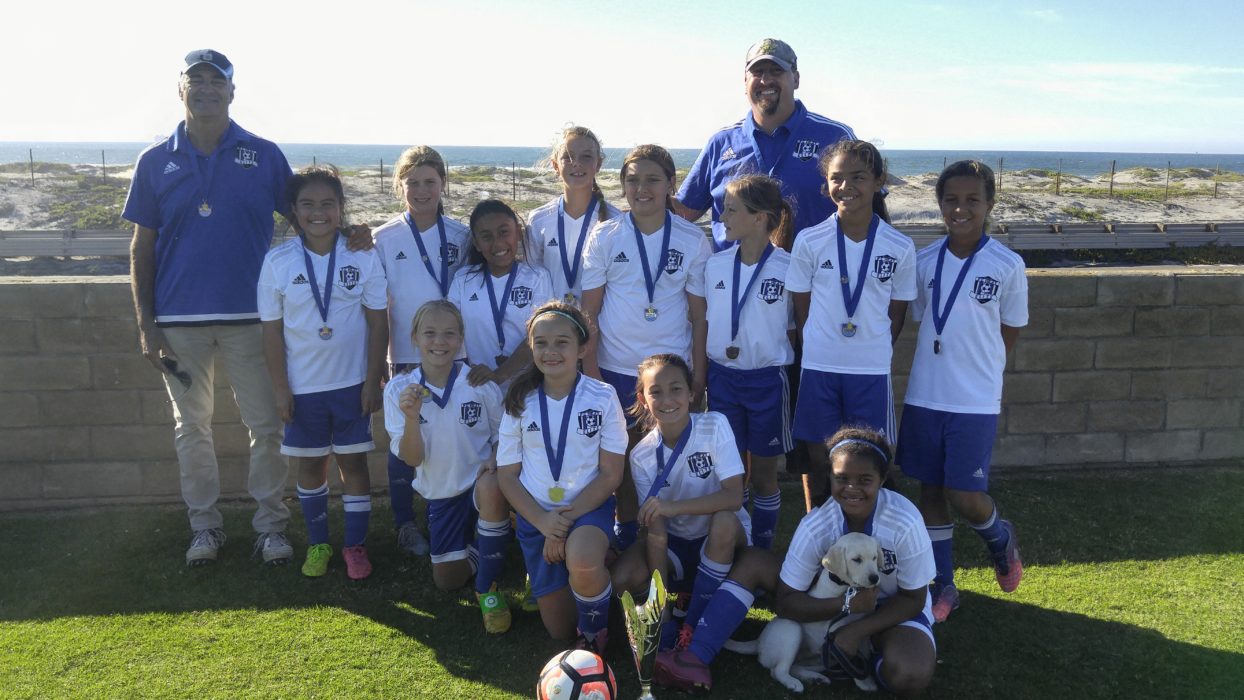 “The tournament was very well run. The girls enjoyed playing next to the ocean and it made it even more enjoyable because they won. They played really well and it was a great way to end the year after also winning the Presidio league.” – Coach Marcelo Marino 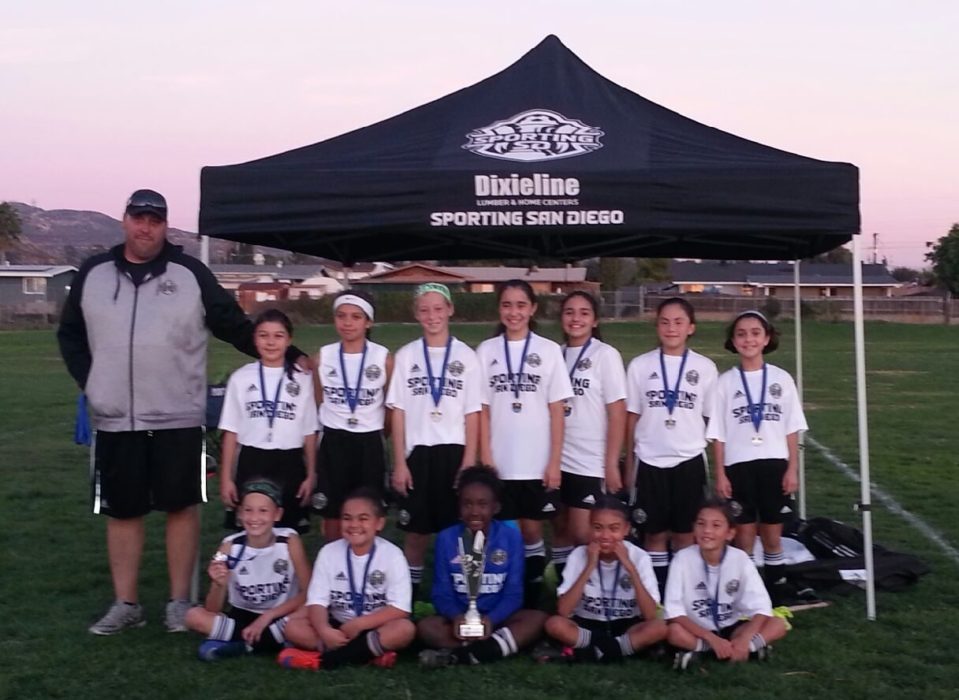 “It was a difficult weekend as we had no subs for Saturday’s games and only one sub for Sunday’s games, but my girls fought hard and gave it 100%. I’m very proud of the efforts each of my players gave in each game.” – Coach Patrick Yeatts

“It’s been an absolute pleasure to coach these girls throughout the year.  Many teams had to reassemble this year with the age changes; this great group of players were one of those teams.  Combined they brought together a sense of determination of wanting to prove themselves more than ever.  They have overcome adversity and injuries. Within our season I have watched them grow as players but more importantly as people.  The girls merged, to create their own family on this team.  That is what made us successful this season; winning our league and Presidio Cup. I am honored to be their coach and included in their family.”   – Coach Steven Leacock 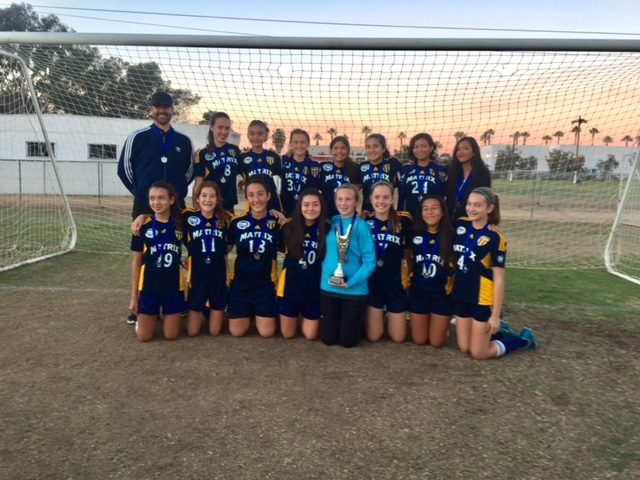 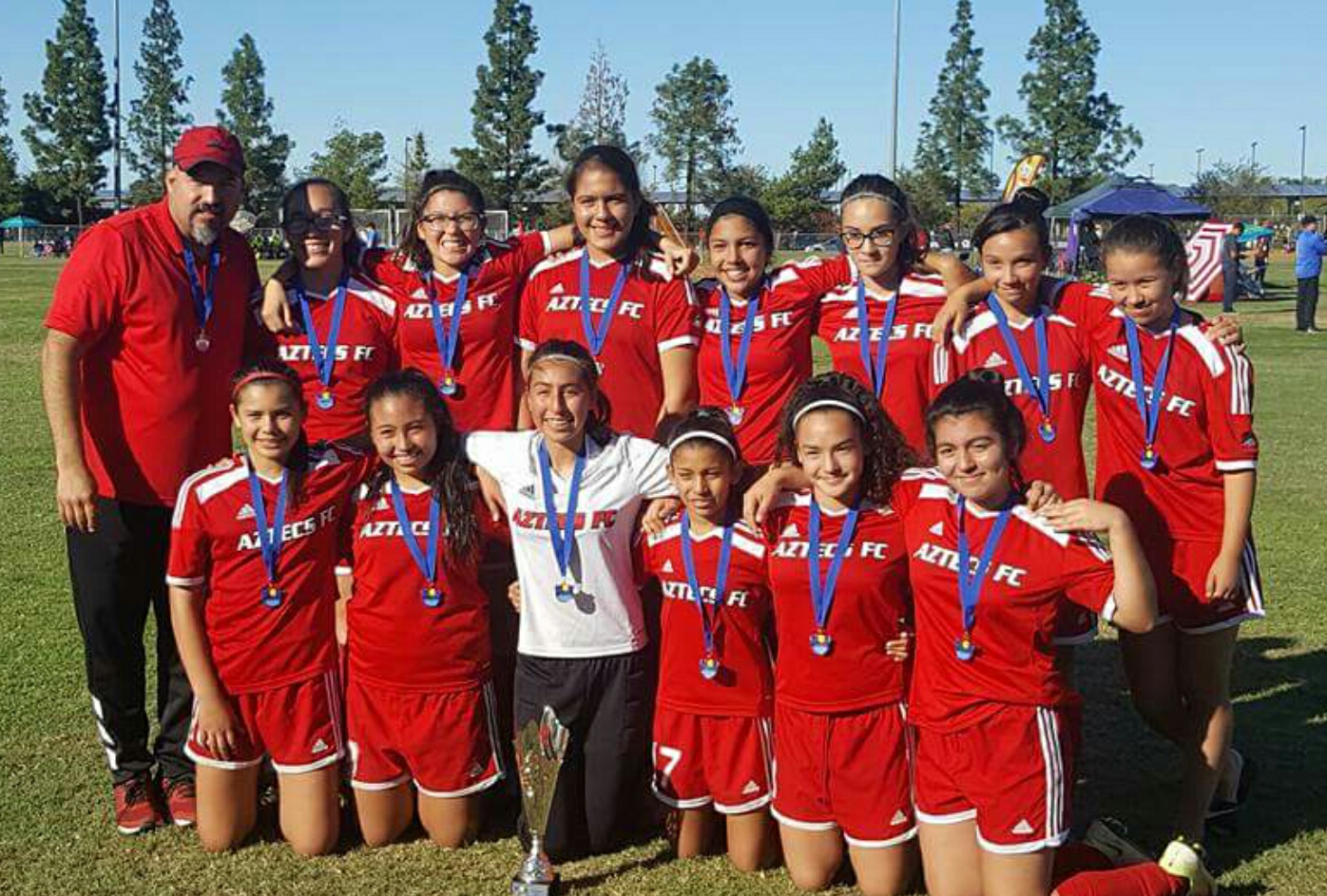 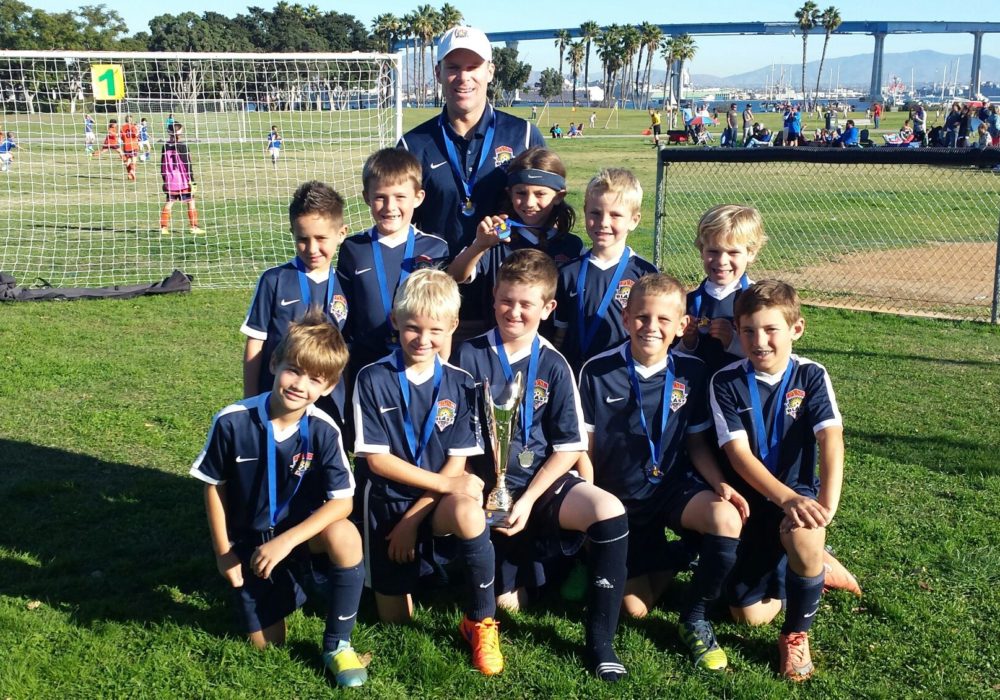 “I am so proud of my boys for winning the Flight 1 Division of the prestigious Presidio Cup.  We were losing 1-0 with five minutes left in the Final, but my boys never gave up.  We scored two goals in the last five minutes to win 2-1 against Scripps United, who was the second best non-SDDA team in all of San Diego County.  It is an honor and a privilege for me to be able to coach such a great group of boys.”  – Coach Rhett Souders 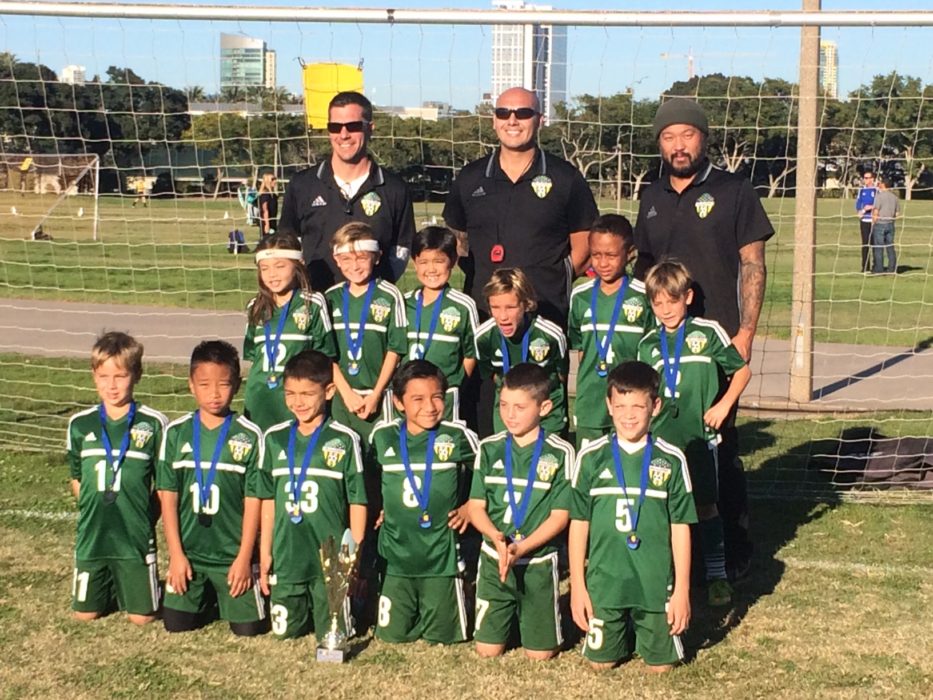 “It has been my privilege to coach these boys and be a part of this team.  They are all great soccer players but watching them learn how to work together as a team over the course of their first competitive season has been amazing.  Our success was a direct reflection of the effort and determination each and every player contributed throughout the entire tournament.  The tournament administration, location, officiating and other clubs participating were all really exceptional and overall was a great experience for the team.” – Coach Karl Belisario 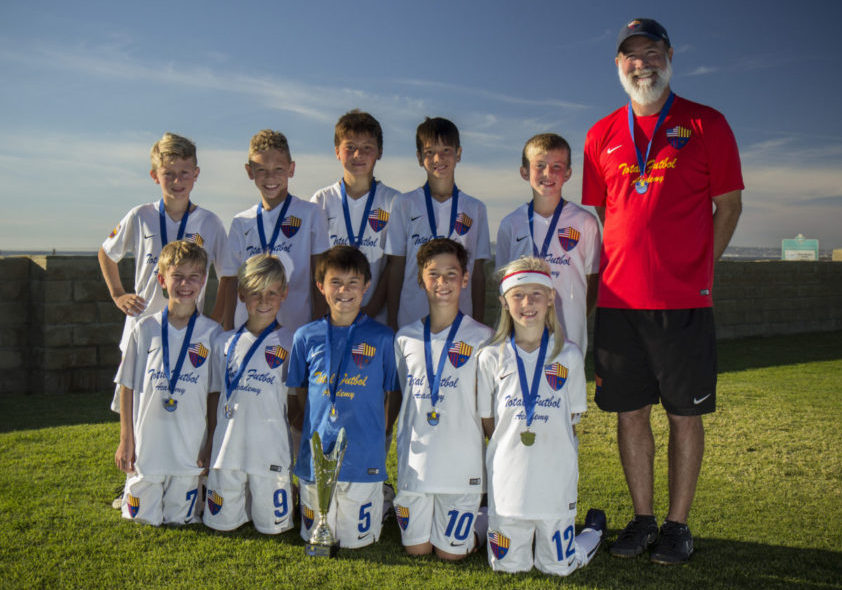 “My boys have been playing in the top flights of every tournament this year, and it absolutely prepared for us for the Flight 1 competition at the Presidio Cup.  Our play got better as the weekend went on, and we played our best game of the year in the finals for our first title of the season!  A well-run tournament from start-to-finish, my boys had an experience that they’ll always remember.” – Coach Bennett Fisher

B2006 Flight 2
AYSO Matrix Bonita – Montano
“We are proud of our player’s effort throughout the year. It’s been a learning experience for all of us. Great to see them be able to adjust in time to have a good end of the season. They’re always prepared for the next challenge. I thank God for the opportunity to coach this great group of kids.” – Coach Jose Montano 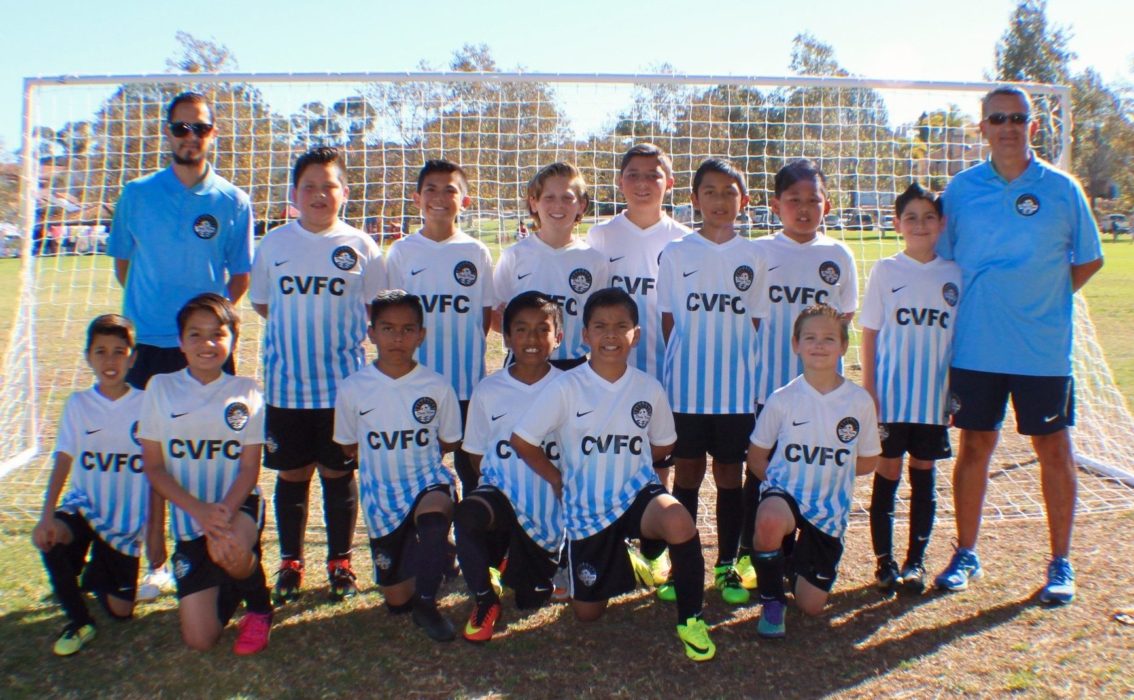 “Soccer is a game played with your heart, mind and spirit. Physical ability with the ball will take you only so far but your mental capabilities in soccer will bring the stars to your feet.” – Coach Marcelo Benitez 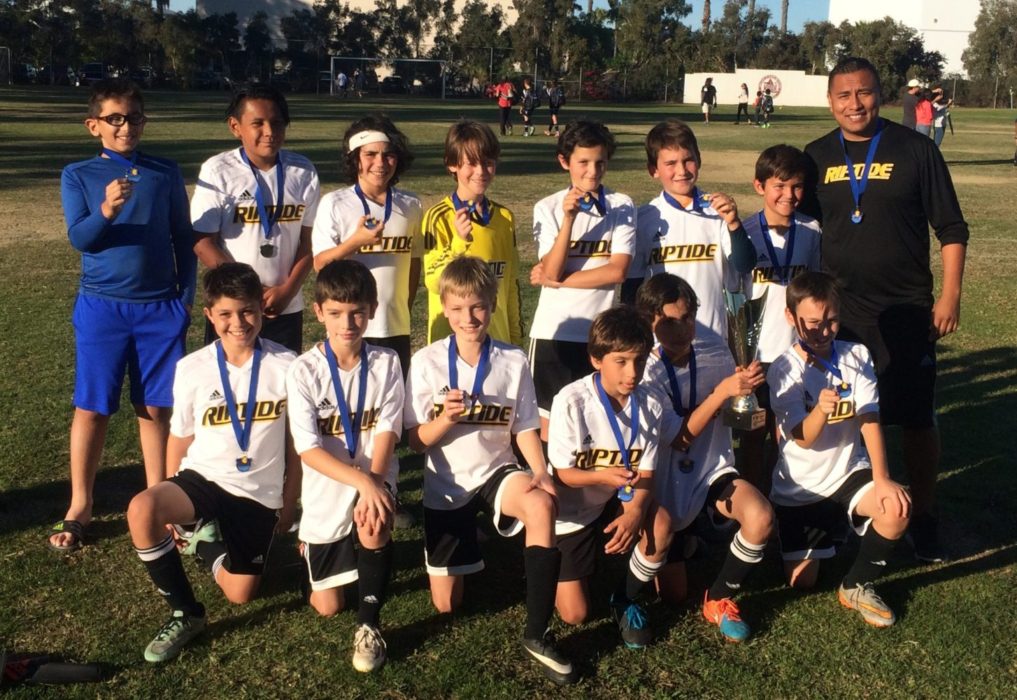 “Defense wins championships and offense wins games. My boys worked so hard, all the way to the end of the the year with the championship note.” – Coach Cajica 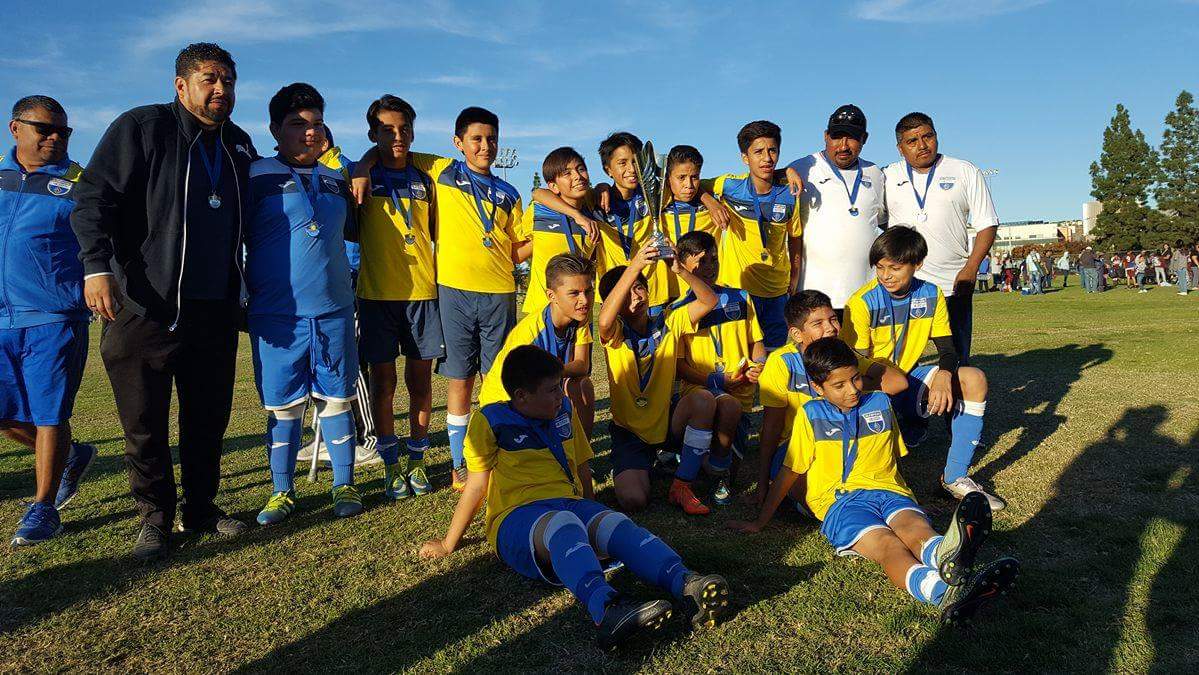 “I am very proud of these boys for all the effort they put into each game. They play their hearts out and I am very honored to congratulate my champs. Congrats Olympicos.” – Coach Alex Reyes

B2003 Flight 2
San Marcos Revolution – Green
“We played in the Presidio Cup last year with less than desired results, so we came into this year on a bit of a down streak, but felt that we were a better team than our record showed. We faced tough competition and knew it would be a battle. We went undefeated in our first three games, including a close 2-1 win over our rivals, San Elijo Matrix. We went into the Final with a lot of determination, and they were hungry for a Championship, like I haven’t seen before. We played a tough, fast, well coached team from Mira Mesa Matrix, and the game was decided by a converted PK with about 10 minutes left in the game. I have never been more proud of this team and their resolve, their grit, and their determination. They were not going to be denied that day. It was a great way to finish off the Presidio season. Couldn’t be more proud of my Revolution team.” – Coach Dave Reeder

B2003 Flight 3
PYSL Blast SC – Kerch
“Thanks to Presidio for hosting a fantastic tournament. Such a great concentration of our local clubs playing over the weekend, and always amazing to see the improved play year after year at all ages. Hats off to our opponent in the finals – the Cardiff Mustangs. They’ve tested us every time we’ve seen them – a very strong team with excellent character. My compliments to the coach, parents and players.” – Coach Eli Kerch 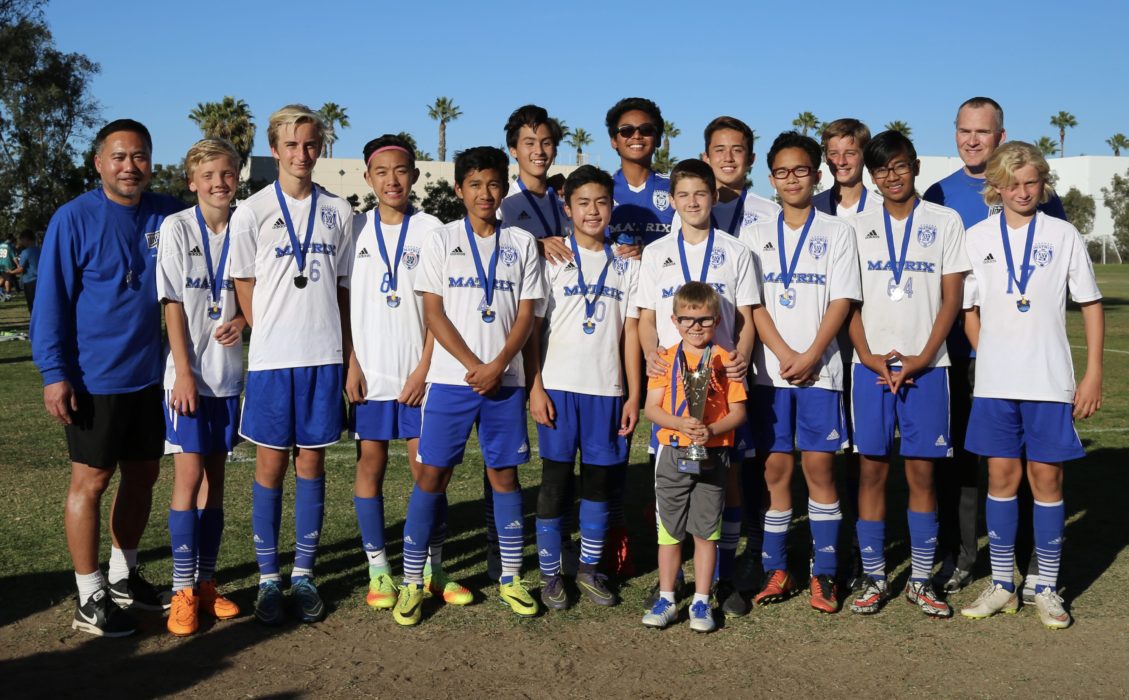 “Every game I tell my boys, we start strong and we finish strong. It does not matter if we win or lose what matters is to have fun.” – Coach Armine Almenanza

Did you participate or attend the Presidio Cup? Share your comments below!