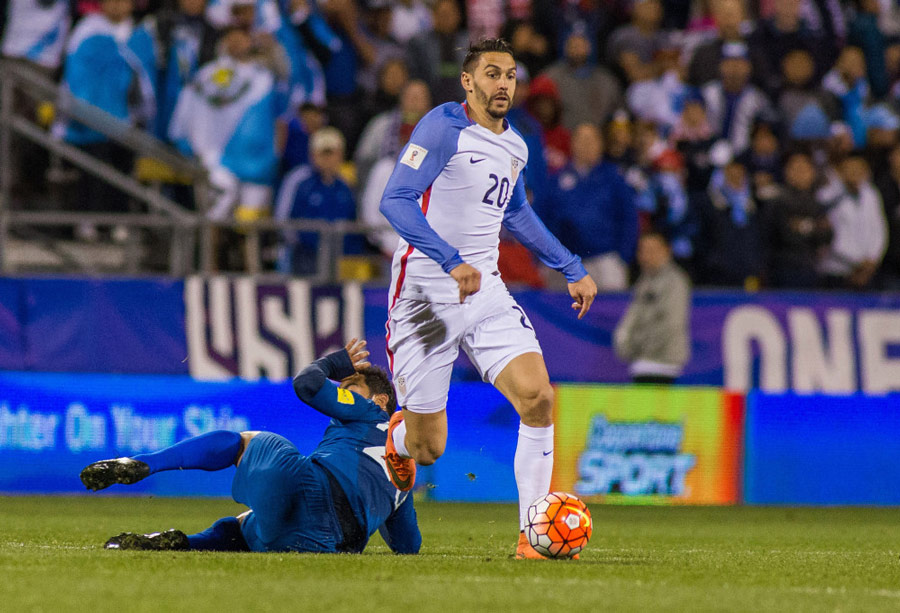 U.S. fans can breathe a sigh of relief knowing the U.S. Men’s National Team is still in the hunt for a 2018 World Cup berth following a 4-0 win over Guatemala on Tuesday night in Columbus, Ohio.

Facing the very real possibility of failing to qualify for the World Cup, the U.S. needed a win over Guatemala to stay alive. A loss would have eliminated the U.S. from the World Cup. Yes, the World Cup may still be years away, but the fate of the U.S. came down to a game in March when many casual soccer fans have no idea the U.S. is competing in World Cup qualifying.

Unlike the lethargic team that showed up in a 2-0 loss to Guatemala on Friday, the USMNT came out of the gates aggressive and played with purpose.  The U.S. opened the scoring in the 12th minute when the ball hit off of LA Galaxy’s Gyasi Zardes arms and dropped to open space. Clint Dempsey ran up and fired a low shot into the back of the net for the opening goal.  Geoff Cameron doubled the U.S. lead just prior to the half when he headed home Michael Bradley’s free kick.

At the start of the second half, Graham Zusi scored the U.S.’s third goal and second half substitute Jozy Altidore score a fourth and final goal for the U.S. who have seven points through four matches in the fourth round of CONCACAF World Cup Qualifying.

The U.S. isn’t out of the woods just yet. In September, the U.S. faces Saint Vincent and the Grenadines and Trinidad and Tobago. The U.S. needs to pick up a minimum of four points. Anything less than that and World Cup hopes would still be in jeopardy as Guatemala is just one point behind the U.S.

The U.S. will have some time before that game with numerous friendlies and the Copa America, which kicks off on June 3 when the U.S. takes on Colombia.