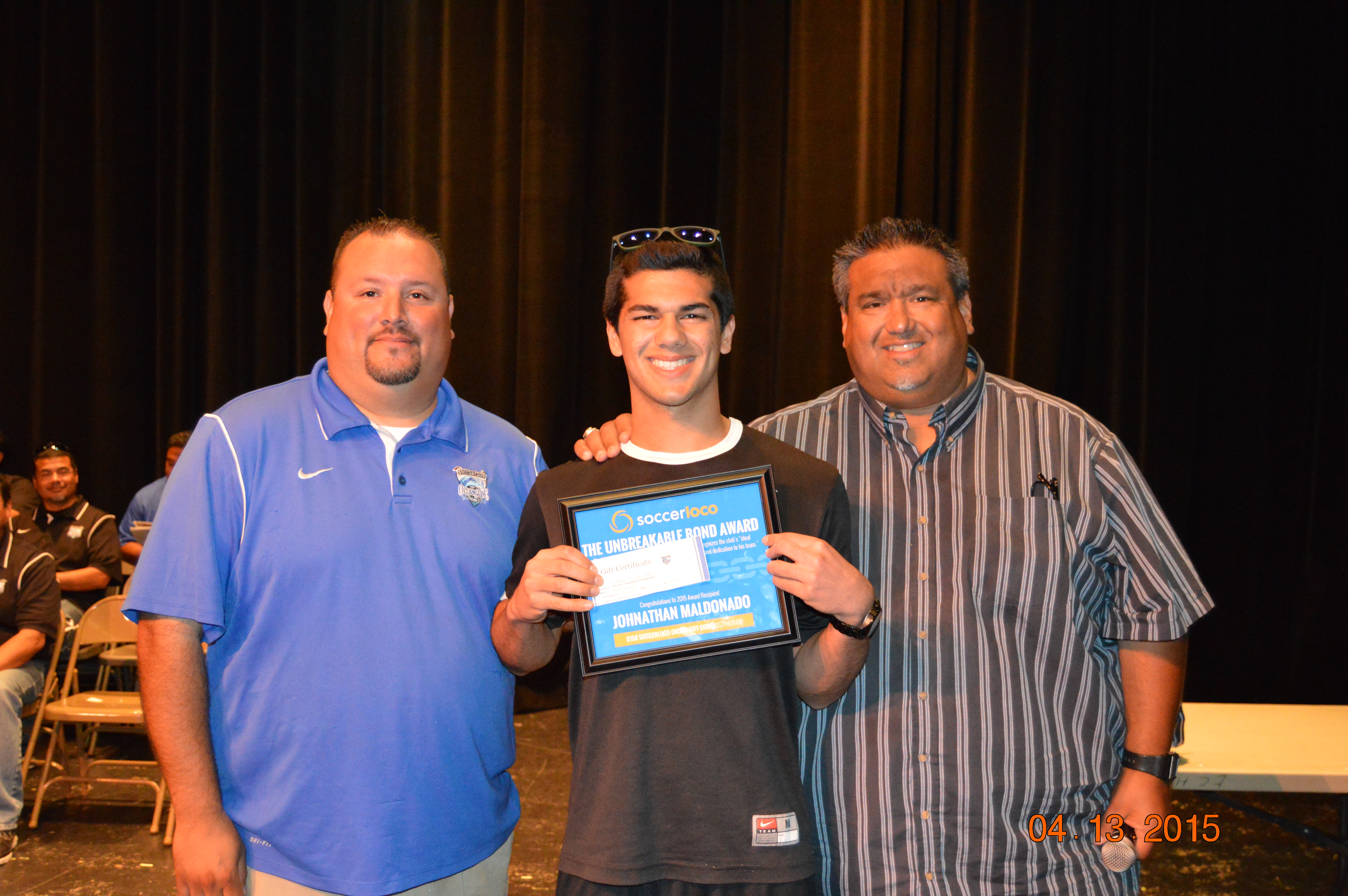 It all started when I was five years old, I signed up for Camp Pendleton Youth Soccer. At the time I was attending a school on base at Camp Pendleton, so that is how I heard about the organization. I continued to play with them throughout my childhood, when I was about 9 years old is when I took on the role of playing as a Goalkeeper. That same year I was put into the hospital because of a Staph Infection called MRSA in my left knee, I had surgery and was in a wheelchair for a while, but still managed to support my team from the sidelines. Throughout the years, many coaches told me I was very talented; but it wasn’t until my Freshman year when I won the Most Improved Award that I really started to acknowledge their compliments. After the season ended, the Varsity Soccer head coach at Fallbrook High School recommended me as a good fit for the Oceanside Breakers; at the time they were in need of a goalkeeper. I went to a few practices and accompanied them in the Cal South 2013 State Cup, in which we made it to the Round of 16. Once I got to know everyone, I felt almost as if I knew that that was the team for me.

Playing two sports simultaneously is a challenge, I was able to play both Football and Soccer during my Freshman and Sophomore year, while maintaining straight A’s. Being a Student-Athlete I know that grades come first. Soon things changed and I realized that I could only choose one, I had to stick with what I felt more passionate to; Soccer. My Sophomore year I received a letter of recommendation from the Varsity Football head coach, which was an absolute inspiration, I am very thankful for the time and effort he put into writing the letter. In it, he described my characteristics and perseverance as an individual and as a motivator to my teammates. I am very active in my Church and have a strong faith in God. I attend service every Sunday and volunteer regularly.

On September 27, 2014 I realized that I am not invincible. Playing in a game against Vista Storm, it was tied 0-0, the opponent’s forward broke away and it became a one on one matchup; I came out for a sliding save unto which he kicked the ball, then followed through with a powerful blast straight to my face. I did not know what happened but I knew my face sort of hurt. The first thing I said after it happened was, “did I make the save?.” I rushed to the emergency room where I was seen surprisingly fast, then given X-Rays, the doctors told me I had broken my jaw in three places. During my 3 month recovery, I attended every game for the remainder of the season to support my team.

Despite the setbacks, I still pushed through and made a strong comeback, becoming the Captain of my High School Soccer team. Once I heard that my Club team was going to be competing in Nationals, I was ecstatic. My mom (being the team manager) had to struggle to get the team approved for the tournament, when I heard that we might not have enough players to compete, I felt the urge to help out. That is when I started to work volunteer shifts for my teammates, most of my team was unaware of this until I received the award. I was determined to get my team to Nationals and was willing to do whatever it took; taking every available shift and figuring out who needed it most.

On April 18, 2015 at the Cal South Nationals Cup, I came out for a save yet again, this time I got headered in the face and broke my nose, which was nothing compared to my broken jaw. I was not going to let anything hold me back this time, so I continued to play the next day. Unfortunately we did not advance to the next round, but we played our hardest to finish off strong.

For the past 4 years, I have maintained above a 3.5 GPA. I am approaching my Senior year at Fallbrook High School and dream of attending a 4-year University. Some of the accomplishments I have achieved are; Honor Roll, Principal’s List, Most Improved (Freshman Soccer), and now The Unbreakable Bond Award. I am very thankful to receive this award and would like to thank everyone that has been a part of my journey.