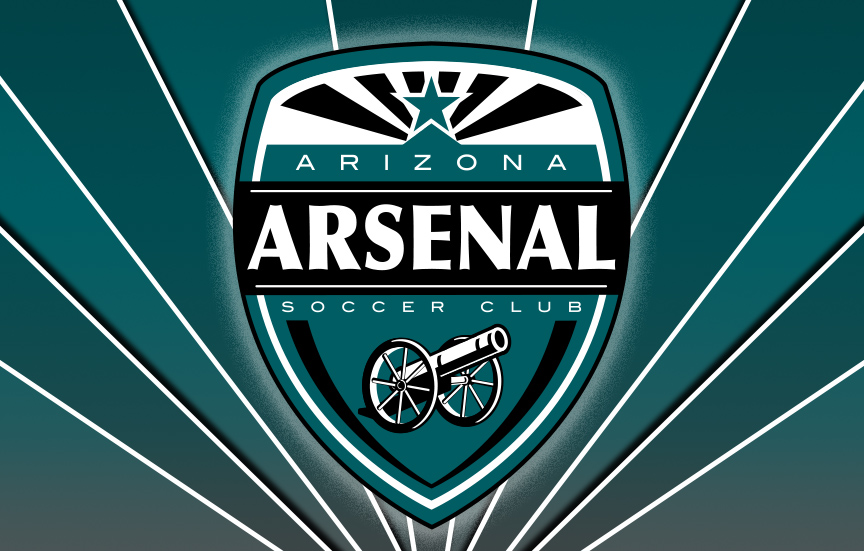 Next up, we return to the deserts of Arizona for a chat with Arizona Arsenal’s Technical Director, David Belfort.

David, thanks for taking the time to speak with SoccerNation!

It’s my pleasure. I’ve followed SoccerNation for some time, and I appreciate what you all do there.

So, what’s the origin story of Arizona Arsenal? Who got it started, and why?

It started off as a recreational-based club. Drew Guarneri was one of the first Directors of Coaching. Tim Barmettler was kind of the Director of Coaching that really started getting it going in the right, competitive direction. Jeff Perry is another one of the original Directors that got the club going in a winning, competitive club direction.

They started off with a couple of teams training at different locations, and then they started getting more centralized to some local high schools. One of the things Tim Barmettler did was get some of the high school coaches in the Valley to join Arizona Arsenal, which allowed it to start retaining more of the players. Because early on, it wasn’t really a competitive organization.

A lot of the players were going up north to Sereno, I think U14 would be when they would start losing some of the kids. But when Tim came in as the Director and started coaching some of the teams, they started retaining more of those kids. And now, we’re all at one location, our facility, Paloma Soccer Complex. We’re in a partnership with a church, we have three lighted fields, and a strength and conditioning program.

I’ve been in the club for nine years. This is the only club that I’ve been part of. I moved out here from Cincinnati, and it was kind of just fate. They were one of the only groups that called me back, and I’ve worked my way up from just kind of coaching a second team to now being one of the leaders of the club.

So what would you say is the strength of the club today, in 2017?

Boys ECNL (Elite Club National League), which is a proven product on the girls’ side. For this first year our club only got it for the boys’ side. But that’s one of the things we have going in the right direction. So all of our boys teams, 2004 to 1999, will be part of the boys ECNL program. Our 1999 boys were semi-finalists at the Dallas Cup. They beat the defending champions in the first round, and defeated our local rival Del Sol in the quarterfinals, before losing to the eventual champs.

One of the things that we’re firm believers in, since we have so many educators, is that we use our club as a vehicle for getting kids placed in colleges. And it’s not just necessarily the big-name colleges. We’re getting kids to the school with the right fit, that matches their academic needs and their athletic ability. So we’re really having high success with placing kids in the right spot, so that they enjoy that experience. That’s a big thing for our club – a strength of our club. A lot of those kids end up being role models, so we can use competitive soccer to truly teach life lessons.

It sounds like the club is having success both at the trophy case and in moving kids to college soccer programs. How do you balance the goals of the club to be competitive on the national stage with the objective of building great individual players and great people?

To be honest with you, in our region, we have good relationships with clubs around us and it doesn’t get too cutthroat. There’s a lot that goes into youth soccer, and when we talk about balancing it, you’ve got to keep things in perspective. One of the things is that we never put pressure on our coaches to win. The biggest thing that we ask of our coaches is to deliver a product that molds players and attracts players that make us a destination organization. I think that with repetition and doing things the right way, the result will take care of itself.

The developmental and professional options for adult soccer have exploded in recent years, with more college soccer programs in Arizona, as well as PDL, NPSL, and USL all fielding teams in the state now. Where do you see Arizona Arsenal’s role, with so many opportunities available to the kids?

It’s interesting, because nobody has a crystal ball. It definitely gives our players another pathway to get to that next level. You’re starting to see that more around the country. A lot of people are using that word: “pathway”. It’s a way to get from the classroom to being a professional player. The thing that scares me a little bit, is that because I’m such a big proponent of education, that I still think that having kids go get their college degree, get the experience playing collegiate soccer. Then if they choose to play professional, and they’re good enough, and they feel like they want to give that a go, that’s great but they still have their education to fall back on.

I definitely think adding more four-year schools to Arizona is great. Getting kids, especially on the men’s side where programs don’t have a ton of money to offer, and there’s limited options – obviously ASU (Arizona State University) and U of A (University of Arizona) don’t have men’s programs – the welcoming of Benedictine University and Ottawa University gives male players other options in the state. Obviously it gives the female player pool more options as well.

What is your club’s relationship like with the universities and the adult clubs?

Definitely. Everything in organizations is people working together and having relationships. I have a very good relationship with Jon Pearlman down at FC Tucson. Every summer we take at least one or two of our boys teams down to train against some of the FC Tucson academy teams and watch a PDL game. Drew Guarneri’s son is actually on the roster for FC Tucson this year.

In regards to FC Arizona and Phoenix Rising, I think that we’ve had players do the walkouts and go to the games, and try to supportive of those organizations. I do a lot of digital design and marketing and I really like the way that both FC Arizona and Phoenix Rising have approached the feel and look of their brands. They’re very professional. Their websites, their ticket sales, their social media; they’re really going after it. I think that really says a lot for their owners and the whole organization behind them.

So what’s new with Arizona Arsenal in recent memory, and where is it taking you in the future?

We brought in Tim McClellan, who is our speed and strength director, and we have an in-house speed and conditioning center which has helped develop our players even more. Tim definitely has a great relationship with our female athletes, developing the mind, body and spirit. He’s done a lot with developing that curriculum.

The boys ECNL, like I said, is part of the future of what we’re doing. I think that’s a big component of being an organization with a national platform. For example, I’m going to be coaching the 2004 boys, the ‘02 boys, and the ‘99 boys, and it’s more streamlined with their competition, training schedule, and what games they play. When we go play another club, all of our teams will be playing that club.

We implemented College Fit Finder, which is another tool we’ve been using to help place our players in college, and help them see their different options. We’re still in the final processes of getting our building built. We’ll have offices for some of our directors and a media room where players can break down video. We’re continuing to take steps forward with our organization. Obviously youth soccer is a very competitive business, and the thing that we want to be able to show our clients – what makes us elite – is the way that we go about things, our mindset, and our approach to everything we do.

Who would you say are some of the leaders of the coaching staff these days?

Jon Berzins Director of Soccer Operations. He runs our Arsenal Challenge. He’s our business manager helping with the budgeting, and travel, for example. Especially with the boys ECNL traveling in larger groups, he makes it as affordable for the players and families as possible.

Summer Anderson is an elite level female coach. She worked on our ‘01 and ‘02 girls teams this past year.

Brett Meskill coaches a lot of our girls teams, and has won 2 AYSA State Cups.

Jake Zimmerman was the AYSA Youth Soccer Coach of the Year in 2016. He’s going to be coaching our three younger boys teams – ‘10, ‘09, ‘08 – and he’ll be a full-time staff coach for us. I think he is second to none in the state, in regards to development. We’re really looking forward to what he’s going to be able to bring to the table.

And finally, go ahead and brag on some recent accomplishments.

The 2001 girls won the Far West Regional League and qualified for Region 4 Championships, as well as the 2017-2018 National League.

Newer Post
Ask the College Coach – What is the Difference Between Division I and NAIA?
Older Post
Tigers and Goats: Liga MX Final Preview