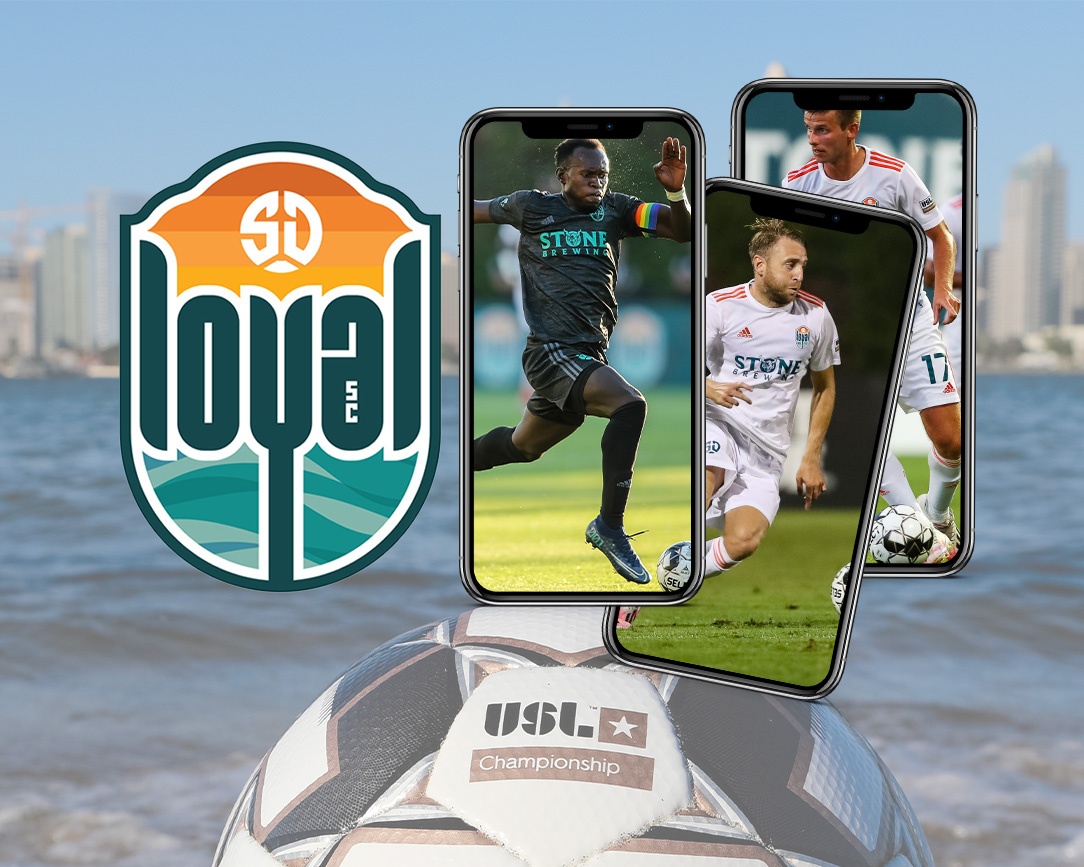 In over 100 degree heat the Loyal (3-2-2) had an opportunity to test themselves against the Group leaders in Phoenix Rising FC (5-1-1). These difficult matches in the early days of the Loyal’s existence will prove to be invaluable as the team moves forward. It takes experiences of playing on the road in adverse conditions to learn how to cope with the demands of the USL. Each match and especially those away from the comforts of San Diego is an opportunity to grow.

From the kickoff the Loyal came out in a low block, defending deep in their own half. They won’t be the only team to use this approach when visiting Phoenix. After all, this Phoenix Rising team are putting up attacking numbers among the leagues best. The threat of Solomon Asante and Junior Flemmings are as dangerous as they come. Flemmings is leading the league with 8 goals to his name. This Rising team has found the net 21 times in just 7 games. In the 26th minute Flemmings found space on the inside channel quickly putting the ball on his right foot and unleashed a smashing strike to the right of Loyal Goalkeeper Jake Fenlason. With goals like that it is easy to see why Flemmings leads the league. It really was a goal of high quality.

Darnell King added another in the 59th minute with another shot from outside the box to the keeper’s right. The task became all the more difficult as Phoenix controlled the tempo and had the lion share of possession. They outshot the Loyal 22-13. The opportunities for Loyal to hit on the counter were far and few between. However, the Phoenix shot stopper was called into action as Carlos Alvarez had his header blocked with a quick reaction save in the 73rd minute. Clean sheets go a long way in the game of football and Phoenix were able to do just that and this would be the save of the night.

The Loyal have dropped to 3rd place in Group B. The absence of Joe Greenspan should be noted. His presence in the backline will be welcomed when he returns from injury. As for now, the tests are coming thick and fast for the Loyal as they are back at home next Saturday. Witnessing the Loyal’s journey this inaugural season is something the fan base should watch closely. The team wants nothing more than to make San Diego proud and stake a claim as a team in the top end of the league. The journey continues as the Loyal have a week to prepare for yet another team at the top of their group in the visiting Reno 1868 FC. The game is not open to the public but can be seen on the CW San Diego. Details on the USL league and standings can be found here.