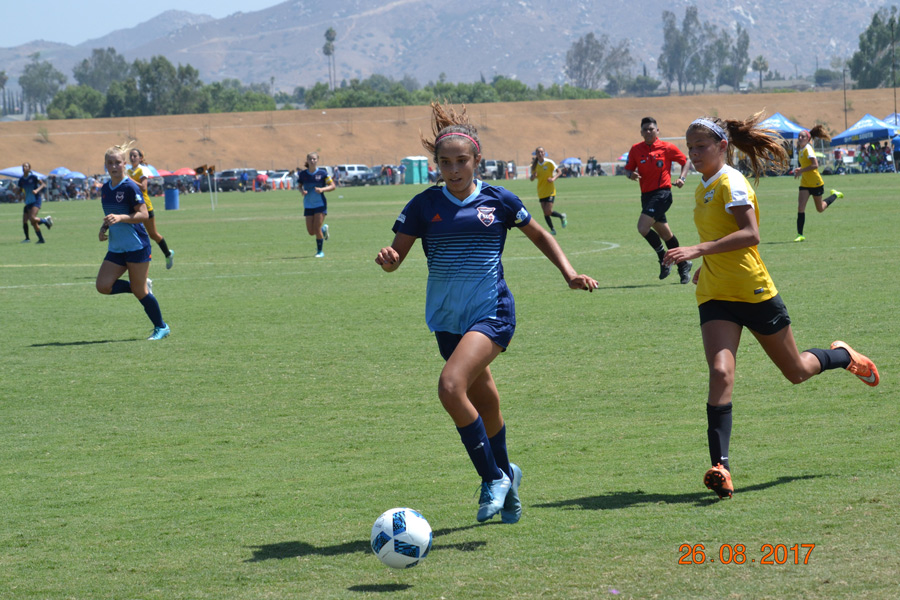 The National League offers additional exposure to collegiate, professional and U.S. National Team coaches and offers the highest level of competition in the country as each team must earn their place in the league. National League teams continue play in their respective US Youth Soccer Regional Leagues and State Championships to complete their competitive calendar.

San Diego Soccer Club’s Girls 2003 team recently qualified for United States Youth Soccer National League and SoccerNation caught up with coach Peter Stogsdill to learn more about the path his team took and what the future holds for this talented group of players.

Dike Anyiwo: Congratulations coach. Can you tell me how long this team has been together?

Peter Stogsdill: This team started together at U-8 but really the core of the team began playing together at U-9.  So in general, the core of the team has been together for the last 5-6 years. We have added a lot of other players since then, but that is when they started this thing and became one of the top teams in SoCal. At U-10 the team won Calsouth State Cup by beating Carlsbad (now LA Galaxy San Diego) in the semi-finals and Surf in the Finals. 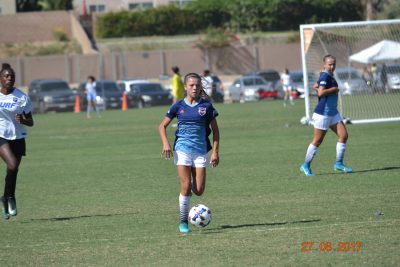 Dike Anyiwo: What was the qualification process like? Who did you play along the way?

Peter Stogsdill: Our path to playing in the National League really came through our success in the California Regional League (CRL) and then Far West Regionals the last two years. Two years ago we took third place in CRL and earned a wild card spot in the Far West Regionals. At FWR we won our group, which included Surf and Las Vegas PSA (current USYSA National Champions) but then lost to the Scottsdale Blackhawks in the quarter finals on PK’s. Scottsdale won the whole thing. This year we were champs of CRL, again won our group at FWR only to lose to eventual Regional and National Champion LVPSA in the quarters. Our success in those competitions helped us to qualify for National League.

Dike Anyiwo: What does this achievement mean for your club and specifically for this team?

Peter Stogsdill: For our club, this is the highest level of competition that our teams can play in because we were not accepted into the USSDA. So for our club, this is a great achievement that we hope to be able to build on as other clubs have. For the team, it has been our goal to get to this level for a couple of years and to get there says a lot about the hard work and dedication that the families have put into it. These kids are one of the top teams in the country and they hope to be able to go out and show that through their play in this league.

Dike Anyiwo: Where would you rank the level of competitiveness of the US Youth National League?

Peter Stogsdill: It’s very hard to say because everything is new this year. I know that some of the teams in this league are just like us, great teams whose clubs were left out of USSDA by U.S. Soccer and they are all looking forward to this type of competition. We know a few of the teams in the league and they are very good teams.

Dike Anyiwo: Who have been some of the most improved players on the team? 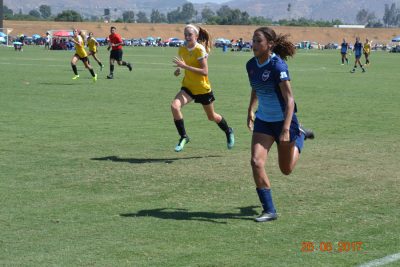 Peter Stogsdill: As a team, they have all made some great strides this summer. We played in Surf Cup in July and played some of the best soccer I have ever seen the kids play. We won the top flight without giving up a goal the entire tournament. We played in the top flight we were allowed to play in and played some very good teams who are either ECNL teams or teams who were just selected into USSDA.  We beat Placer United Rage in the championship game and they are currently the #2 ranked team in the country right now.

Dike Anyiwo: Are any of the players looking to play in college? Any early commitments?

Peter Stogsdill: I think nearly all of our players are looking to play in college. They are all 13-14 years old, and I have a feeling if you asked most girls their age they are hoping to do more with soccer than just play in college! No early commitments at this point but a couple of the kids have been contacted by some schools.