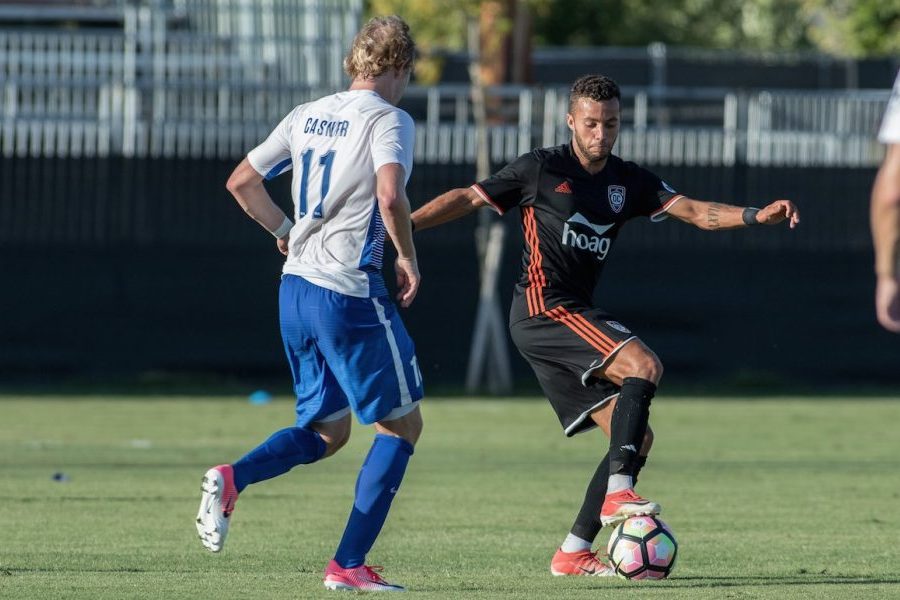 Can OC stop the hottest team in the West?

The holiday weekend means the end of the USL season is approaching, and while there are plenty of games left in the schedule, crunch time is just about here. This weekend, both Southern California teams, Orange County SC and LA Galaxy II, are at home for league play.

OCSC host Reno 1868 FC on Saturday in a critical Western Conference showdown. OC had a difficult August and are trying to make up ground in the playoff race, and they get…the hottest team in the league in Reno. The Nevada side, an expansion team, lost to Orange County in the season opener but after several weeks struggling to get used to USL, are now among the elite teams in the conference and look a sure bet to reach the playoffs. And that’s bad news for Orange County.

There are a few factors that could prove beneficial for OC here: Former defender Brenton Griffiths is suspended, and leading Reno scorer Dane Kelly has been called up by Jamaica and will be missing. Add to that the return from injury of Carlos Alvarez last week, and the surprise addition of Seattle Sounders 2 forward Irvin Parra on Thursday, a local product who returns to Southern California for family reasons, and OC will hopefully get a boost in attack they’ve needed for weeks.

Until August, Orange County had weathered a strange season in fine fashion, at times looking capable of being an elite team in the Western Conference, but a jam-packed month dented both their playoff hopes and morale, seemingly. If they can get a vital win against Reno on Saturday, they may be able to arrest the late-summer slide and end the season on a strong note, possibly getting into the playoffs as well.

LA Galaxy II, on the other hand, are essentially out of the playoffs at this point, 11 points back with just nine games to go, but they can fully embrace the spoiler role starting Sunday when they host Rio Grande Valley FC. Of course, RGVFC probably have other things on their minds at the moment in the aftermath of Hurricane Harvey, and we hope everyone associated with the team remains healthy and safe first and foremost. Getting to play on the road at this point will likely be a blessing in disguise, but it’s hard to tell what will be on their minds as they hit the field in Carson against Los Dos.

Galaxy II have been playing better in recent weeks, but that has not translated in the standings. It’s clear that the objective of being a developmental squad is in full effect this season, just as head coach Mike Munoz promised. At this stage, the objectives for the team are twofold: To get young players competitive minutes and to see how a team in a tough spot can work together and get a few results. But with RGVFC looking to strengthen their case for the postseason, LA can make them work hard for it, or get a result themselves to continue their late-season upswing. The wins may be more moral than anything at this point, but they can still play a role.

Orange County SC will host Reno 1868 FC at Orange County Great Park on Saturday. Kickoff is scheduled for 7 pm PT, tickets are on sale on the team’s website and you can watch a stream on USL’s Matchcenter.

LA Galaxy II hosts RGVFC on Sunday at the StubHub Center complex. Kickoff is scheduled for 6:30 pm PT, you can find tickets on the Galaxy’s website, or watch the stream on USL’s Matchcenter.