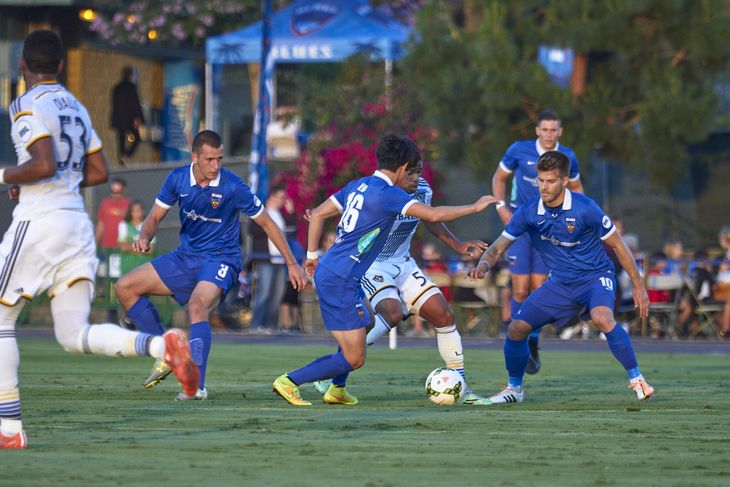 Tonight will see the second match-up of the season between the newfound Southern California rivals LA Galaxy II and OC Blues FC.

Los Dos won the first meeting at Anteater Stadium two weeks ago with a 2-1 victory over Orange County. Raul Mendiola opened the scoring to give Los Angeles a 1-0 lead at the break. Chris Cortez scored the equalizer at the beginning of the second half off of a cross by Chino Santana. Kainoa Bradley gave the Galaxy the decisive goal with a strike in the 74th minute to see Los Dos go on to win the match.

The Blues have been on a break since the previous match, while LA Galaxy II have won one of the two matches played since then. OC Blues are sitting in seventh place of the Western Conference with a 5-4-1 record, while L.A is currently in the third spot with a record of 7-5-1.

OC Blues’ defense has held a strong back line to keep the club tied for second in goals allowed and in third for goals against average in the USL. On the other end, Los Dos potent attack has them sitting in the second spot for most shots, assists, and assists per game in the USL.

Orange County is led by Christofer Ramirez with five goals and one assist this season, while Los Angeles midfielder Raul Mendiola currently tops the USL leaderboard in assists.

Tonight’s match will kickoff at 7:30 p.m. PT at the StubHub Center’s Track & Field Stadium in Carson.