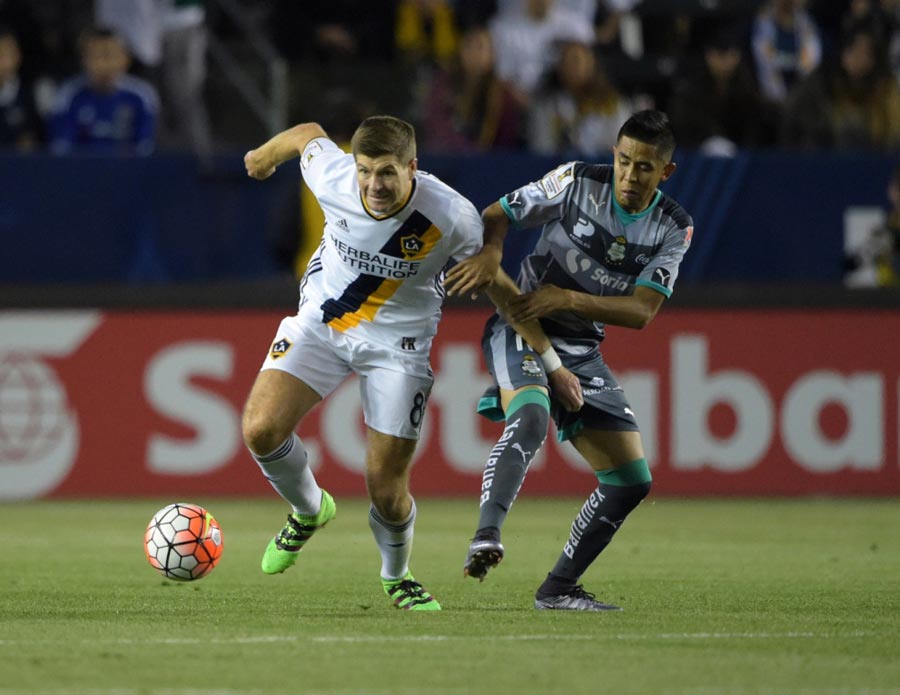 The LA Galaxy took the field Wednesday night against Liga MX side Santos Laguna in the first of a two-game series to determine which team would advance to the CONCACAF Champions League semifinal round.

The good news? The series is still very much up for grabs.

The Galaxy held Santos to a 0-0 draw at StubHub Center, meaning they have a slight edge against their opponent. If they win or draw the Mexican side and score at least a goal in Torreon in the process, they’ll complete the first task of the season and move on to the CCL semifinals.

While the attack was largely unchanged from the end of last season, the defense was significantly overhauled. Perhaps surprisingly, it was the new unit that impressed, in particular central defender Jelle Van Damme, who nearly scored a goal off a corner kick in the very first minute and was unafraid to make a physical imprint on the game all over the field. MLS veteran goalkeeper Dan Kennedy, playing his first game for LA, made the saves he needed to make, and a combination of good play and a bit of luck (Santos had a few near misses in front of goal on the night) helped them prevent Santos from grabbing any away goals.

“I thought [Dan Kennedy] played well,” Galaxy head coach Bruce Arena said after the game. “Our center backs had a real good game. Ashley Cole was very good. Robbie Rogers combined with [Giovani] dos Santos towards the end of the game to possibly create a goal for us.”

In addition to the local team in the action, the game was a homecoming of sorts for Anaheim native Jorge Villafaña, who is in his first season with Santos after an offseason transfer from the Portland Timbers, and who started and played the full 90 at left back for the visitors.

All in all, it was a good result for the Galaxy. The scoreless draw gives them every chance of advancing, but the task will get far more difficult, as they travel to Torreon for Tuesday’s return leg.

Despite the expectation for a tough game, in a setting where MLS teams typically struggle in CCL play and coming at the very beginning of the season, the Galaxy players remain optimistic they can seal the deal and advance.

“Believe me, I’ve been in more hostile situations,” said Nigel de Jong. “We have a lot of experience on the pitch. It’s not going to be easy in Mexico with their fans, but we’ve got to trust each other and be positive and try and get to the next round.”

Alicia covers soccer in Los Angeles for SoccerNation.com. Her work is also featured on Angels on Parade and MLSsoccer.com. She lives in Southern California with her husband and daughter.
Newer Post
Navigating the Journey from SoCal Club to College Soccer
Older Post
New Youth Soccer Birth Year Mandate Causes Chaos and Confusion