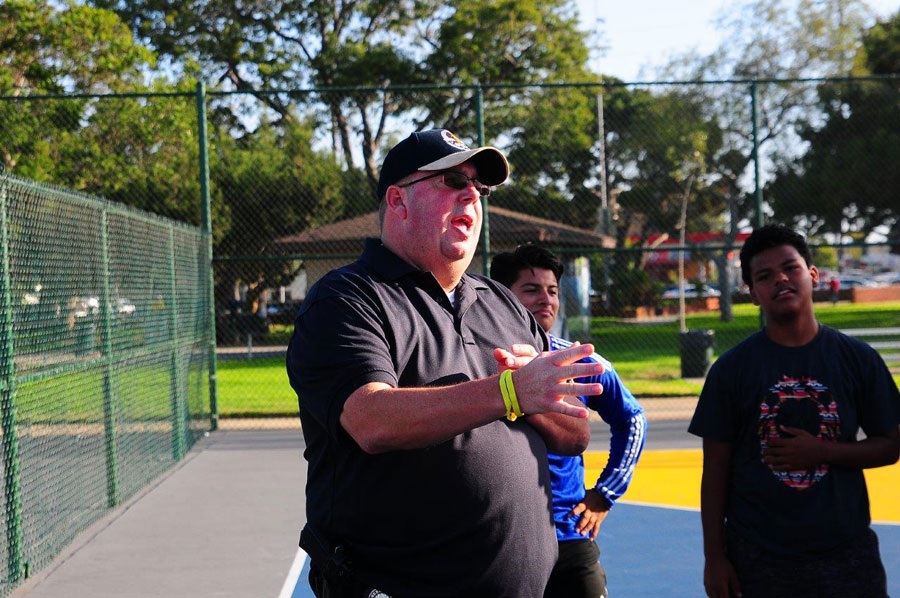 Tucked in the heart of Hawthorne on what use to be broken down tennis courts filled with sketchy neighborhood characters, is a new futsal facility built by Chevrolet FC. And once a week, you will find, Sergeant Chris Cognac, a self-proclaimed “Hockey Dad” of the Hawthorne police department running a free futsal program for local youth. In Chris’s own words, “I wanted to provide something that could build trust, character, and pride for these kids.” Each week 20-30 kids come to play and enjoy the beautiful game of soccer.

The courts were built in March and since May, local teenagers have shown up once a week to play. During the summer all three courts were packed with players. Since school started about 20-25 kids show up consistently. Score Sports has provided the uniforms, and Chris provides the structure. Another mentor for this program is Ashtin, who works for the CSI division of Hawthorne Police and played at the University of West Virginia and played youth soccer for Slammers. A local photographer, Marv, comes out and documents the fun. The players can look at their pictures online. The

LA Galaxy also is supporter, and provides periodic coaching sessions for the players and occasional camp opportunities for a few players. One of their own, Gyasi Zardes made it to the LA Galaxy from Hawthorne, but how many other players are we missing?

The kids have to show up on time in order to play, they have to keep high grades and display sportsmanship. Across the States, many schools and clubs are looking into implementing a school communication log to better build a bridge between teachers and parents. Fighting or disrespect is not allowed. If they don’t show up with their uniforms, they have to clean the courts at the end. These great character-building traits are not lacking, the one thing that they lack, is access to “club” soccer on a regular basis. And why is that? MONEY…. 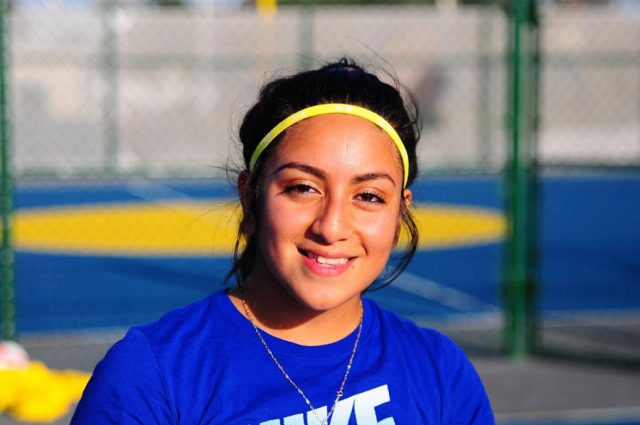 Meet Johanna Perez Palacios, who is usually the only girl on the court. She is a senior at Leuzinger high school, where she plays forward. She attends futsal, “because I love the game, I like learning from the boys, and it has taught me confidence.” When speaking about her favorite class in school, physics tops her list. Career-wise she would like to be a pediatrician or a special education teacher, and she has dreams of playing college soccer, but at this rate, the exposure she needs comes with too heavy of a price.

In talking with Chris, we both agreed that the youth soccer model is broken. “They, the powers of soccer, are missing the roots of where it is at. It is the money factor that forces parents to chose between paying rent or paying for soccer. There is no choice.” Just as he completes this sentence, Chris yells out to the players, “Good sportsmanship” as a player can be seen helping another player off the ground after a collision.

Meet Rene Ortez, from Hawthorne High school. He’s a sophomore, who plays with flair and the biggest smile you will see out there. He is polite and shakes my hand and looks me in the eye when I arrive. Rene, comes to play for the love of the sport, the forward is visibly a leader of these young people. He commands respect by his play, and is a genuine soul. He has aspirations of playing in college, and has been to a LA Galaxy camp, but doesn’t currently plan on any club team. As a soccer coach, I can say he has talent, but better yet as a person he shows leadership, and character. The challenge for Rene is to get seen by the right “set “ of eyes. But if he remains hidden in Hawthorne, will that chance ever come? 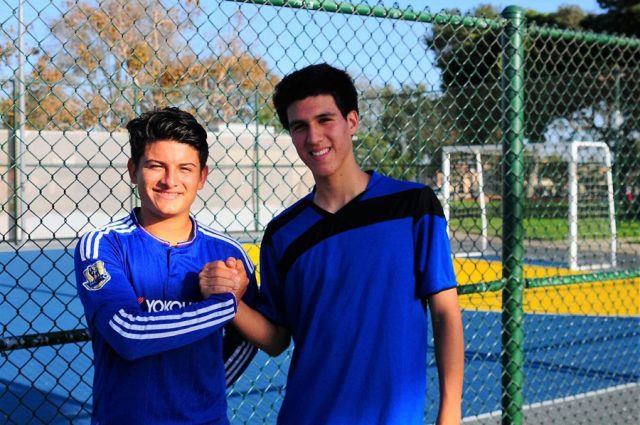 Meet Kevin Torres, a quiet young man. The first time I observed the futsal program, Kevin picked me to play on his team. He too, looks you in the eye and shakes your hand when you arrive. Kevin calls himself a striker or center mid, but because of circumstances at home he can’t play for his high school team, at Lloyde high school. His main reasons for being in the program are to get out of the house, hang with his friends and for the love of the sport. He wants to be a Massage or Physical Therapist.

These players have goals, and they have a caring adult in Officer Chris to help keep them focused one night a week, but is it enough? How can youth soccer help tap into the inner cities better where hundreds of thousands of kids are missing out on getting exposure that could help get them to college? One key is to not “use” these kids just for the clubs’ motives of winning, which I see a lot of… The overriding question remains is how can clubs or coaches truly create a sustainable model of access to play for lower income kids? How can the kids have a better fighting chance within our pay to play model?

One thing for sure, they are learning great life skills from Chris; learning trust, confidence, pride and sportsmanship. They are getting exercise, making friendships but what else could they accomplish long term if they didn’t stay hidden in Hawthorne?