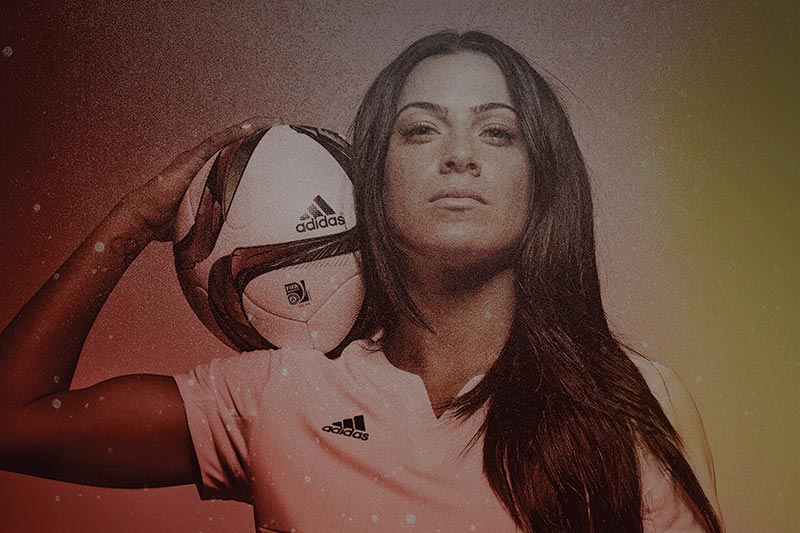 In the world of women’s college soccer recruiting, a general belief is that a family has to have their player on a DA or ECNL team in order to be recruited for college soccer. Those two soccer systems, without a doubt, produce college soccer players. However, there are impressive numbers of elite-level players and teams who are not part of the DA or ECNL. Maybe there isn’t a team close enough. Maybe a great coach has his/her team in a different, but still very high level, league. The challenge for those families is finding opportunities to play in front of college coaches. Enter the Adidas College Cup in Carlsbad, California.

At the end of June, both the the Development Academy and ECNL will be holding their playoffs in San Diego at the same time. The Girls’ DA playoffs will be at the SoCal Sports Complex in Oceanside, and ECNL playoffs will be at Surf Cup Sports Park in Del Mar. College coaches will be there in droves scouting the sidelines at both events. In the midst of these events, LA Galaxy San Diego has partnered with Adidas and Scouting Zone to field the Adidas College Cup.

I spoke with LA Galaxy San Diego’s director, Michael Duggan, to find out more about the event.

We are expecting over 300 colleges at the Adidas Cup.

SN: There are a lot of great teams and great players who aren’t part of the Girls’ DA or ECNL. Can you talk more about that? Is the talent pool deep enough to attract college coaches beyond them attending the ECNL and DA events happening nearby?
Duggan: There are plenty of talented players out there who are capable of playing at any collegiate level D1 and below. This is a platform for those players who are not playing in a DA or ECNL top team as well as those players who play for clubs who do not have these affiliations.

SN: In your experience, will a college coach go out of his/her way to attend yet another event? Their schedule is already so busy!
Duggan: For the past 8years we have hosted November Nights College Showcase. This event runs along side Surf’s November Showcase and every year we have had over 200 college coaches attend. From my relationships and experience with college coaches on the women’s side, I am so impressed by how hard they work. If a player has reached out college coaches and they are in the area, they will get to her games. We are expecting over 300 colleges at the Adidas Cup.

SN: Will the fields be full size? Will the games be a full time? A lot of tournaments make the halves so short!
Duggan: Yes they will be full size, regulation fields. All fields are flood lit, and all games will be 80 minutes.

SN: Are the fields close to each other? Are you scheduling the venues so that college coaches won’t have to drive all around Carlsbad to see different players?
Duggan:All the fields are within 1-2 miles of each other in Carlsbad, and since the fields are lit [unlike Del Mar and Oceanside], we can have later games for coaches to scout after the ECNL and DA games.

Duggan: Scouting Zone is a partner with LA Galaxy SD. They provide a fantastic platform for all players and college coaches. They attend our college nights and really hone in on the importance of the individual player, personalizing his or her own player profile that is a direct link to all college coaches. It’s so user friendly that most of top tournaments already use it, including November Nights, all DA college events, as well as other top events across the country. The benefits for us are their relationship with the college coaches and being able to get the players’ information into the hands of perspective recruiters in a safe, easy, and private platform.

SN: Your event begins June 28. That’s an important date in the Women’s World Cup. If the USWNT makes it through the round of 16, their quarter-final game will be at 9am or noon on June 28th. Are you planning any events to go along with the Women’s World Cup or USA games that day?
Duggan: YES! We are working on that for sure. I’ll let you know when we have those plans finalized. It’s going to be great.

SN: Thank you so much for taking the time to talk to me. Now for a big question: Who’s going to win the Women’s World Cup?
Duggan: Right now the four top teams for me are England, USA, Japan, and France. Personally, I’m hoping England and USA are in the final. All four teams have fantastic players that are capable of changing the game. All four are capable of winning the World Cup. A couple of stand-outs from France are Gaetane, Thiney, Eugenie Le Sommer, and Marie Laure Delle. For USA, Alex Morgan and Tobin Heath. England have Toni Duggan and Nikita Parris who are both from my home town, Liverpool.

SN: Thanks again. I’m looking forward to coming out to the event in June!

Newer Post
“Talent is Overrated.” A Comparison of Three of the World’s Top GU17 Strikers
Older Post
Bumpy Road Ahead: Will the USA win the Women’s World Cup?