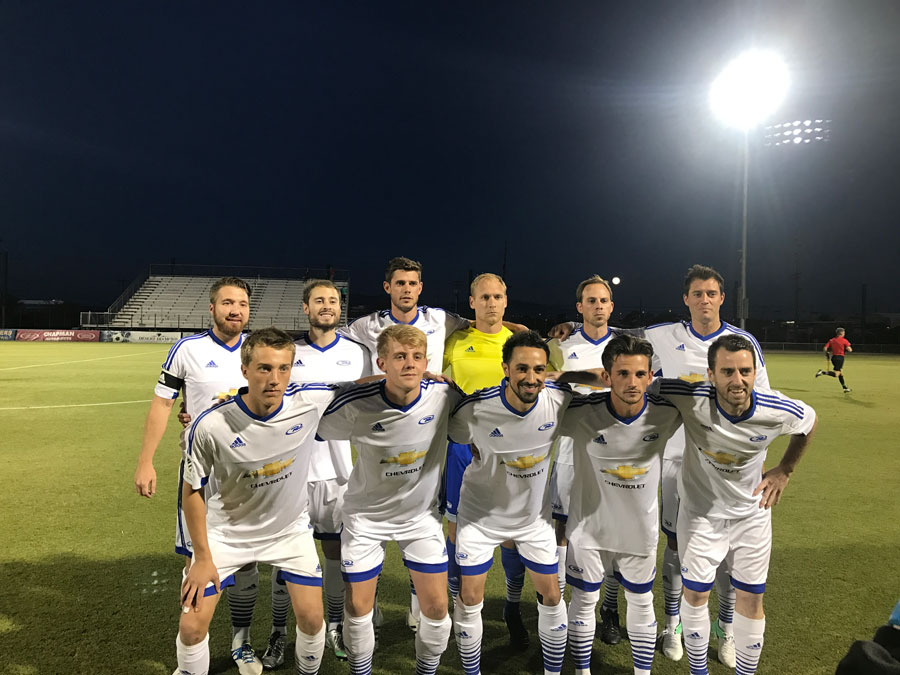 Last year Colorado Rush qualified for their first ever U.S. Open Cup leading up to the inaugural United Premier Soccer League (UPSL) season in the Colorado Conference. They were able to make a good run in the cup before being bounced early by FC Tucson.

The U.S. Open Cup has been going on for years and levels the playing field for pro development teams to take on the best in the nation. Club El Azul is the club that Rush is meeting in the first round and have never qualified for the cup in previous years. That being said, Rush and Azul have a history that should make this an exciting match.

This will be the second time the two clubs clash this season; fourth time they have met since the start of the UPSL in Colorado and Azul is still looking for their first win against Rush. The best result that Azul found was a nil-nil draw in the previous season that they needed to win to earn a spot in the playoffs. With the draw, Rush went made into the conference playoffs and won the championship. Azul was knocked out of contention and went home bitter, looking to knock Rush off in their next meeting.

Azul got their chance at Rush in the first few games of the fall UPSL season but fell once again to the reigning league champs. Needless to say, there is some serious tension built up between them. Between the two clubs, there have been more yellow cards given than I could count and multiple ejections in each of the games.

Rush should have the upper hand in this match up as they are returning multiple starters from their previous Open Cup run such as defenseman/captain Nic Harman and middy Colin Clark. These two on the field together are able to lock down the back line and center of the pitch which makes it extremely difficult any team to break them down.

One player than may not receive as much recognition as he deserves, who is also a veteran in the Open Cup is Rush forward Ben Gaido. Gaido missed a few games in the spring UPSL season due to injury but drew a ton of attention from defenders when healthy on the field.

Azul will reluctantly have their hands full in this qualifying match but will certainly come into this match expecting to pull off the upset. Like many of the other teams in the Colorado conference, Azul is much improved from last season and their brand of soccer looks much crisper from the spring.

This match is scheduled for September 24th at Rush’s home field Shea Stadium with an 5pm kickoff. Come check out what should prove to be a very exciting match between these two clubs.