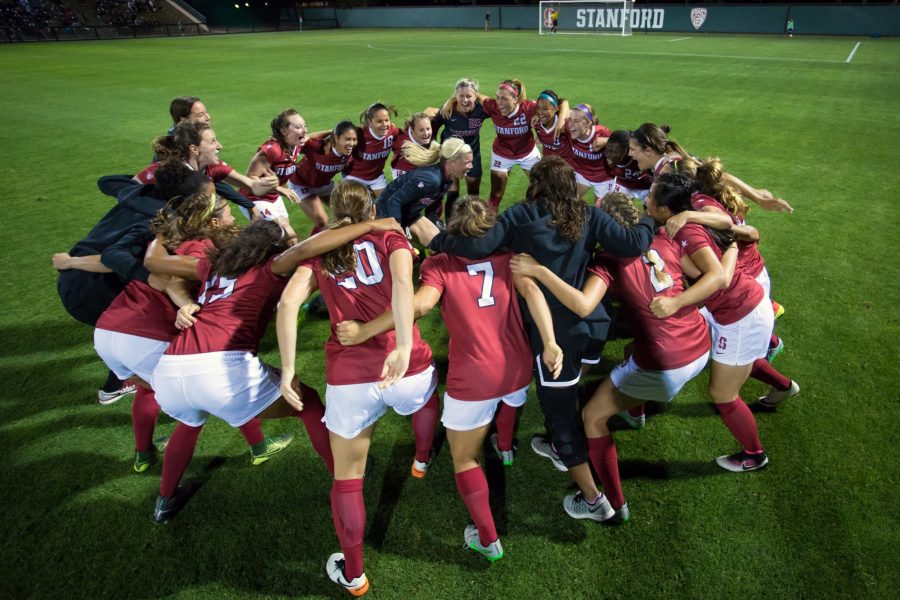 The 2016 college soccer season is in full swing with the week #1 in the books for the men. The women are already in week #2 and a few California schoo

One season wonder: The story of the San Diego Jaws
Stick or twist time for the United States U-17 MNT
OC Blues FC Concludes Fantastic 2015 Season

The 2016 college soccer season is in full swing with the week #1 in the books for the men. The women are already in week #2 and a few California schools are already  starting to separate themselves from the pack. Rankings are based on the most recent NSCAA Coaches DI poll.

#1 Stanford The defending NCAA champs opened up their 2016 season with a pair of draws at home. On Friday, the Cardinal played Penn State to a scoreless draw. On Sunday, Stanford was trailing Saint Mary’s 2-0 before Foster Langsdorf cut the deficit in half. Three minutes after that, Drew Skundrich scored the equalizer from a Tanner Beason assist. Up next for Stanford will be a tough trip to Notre Dame on Friday and Indiana on Sunday.

#13 UC Santa Barbara Playing on the road, UCSB opened up their season with back-to-back wins. Daniel Amo opened up the scoring just 5 minutes into the 2-1 win over Oakland. Josue Espana added a late goal in the 75th minute to secure the victory. On Sunday, Kevin Feucht’s goal in overtime sealed the victory for UCSB, who return home and host San Diego on Friday and St Mary’s on Sunday.

#16 UCLA A potential preview of what could be the 2016 College Cup final, UCLA played Maryland to a 1-1 draw with both goals scored within the first five minutes. UCLA’s Jason Romero scored the opening goal 65 seconds into the match from a Brian Iloski pass. Maryland equalized minutes later. UCLA will stay home and play host to Cal State Fullerton on Monday and then Duke on Friday.

California Great weekend for Cal, who played St Mary’s to a 2-2 draw before defeating Penn State 2-1.

Santa Clara Tough weekend for Santa Clara, who suffered a 1-0 loss to Wisconsin on the road.

The Cardinal are still perfect on the season following a 1-0 win over Florida on Friday. Jordan DiBiasi scored the lone goal for Stanford, who face Wisconsin and Marquette at home this week.

A forgettable weekend for Santa Clara who suffered back-to-back losses. The first on Thursday, 1-0, to Washington State and then on Sunday, 2-1, to Washington. Santa Clara will look to bounce back this weekend against Marquette and Wisconsin.

The Bruins suffered their first loss on the season, 4-3, in overtime to Florida. Both sides traded goals throughout the entire match. Annie Alvarado scored the opening goal for UCLA and Jessie Fleming scored two goals within 4 minutes of each other. However, Florida scored an equalizer in the 72nd minute before scoring the game winning goal in the 85th minute after it took a deflection off of two UCLA players. UCLA will look to bounce back against Penn State on Friday.

Pepperdine suffered its first loss on the season, 3-0, to USC. Pepperdine will look to bounce back this weekend against Maryland and Virginia, both on the road.

Mixed results for USC who suffered a 1-0 loss to Long Beach State before dropping Pepperdine 3-0 on Sunday.

Tough weekend for Cal State Fullerton who suffered two 2-0 losses. The first against Auburn on Friday and the second against Georgia on Sunday.