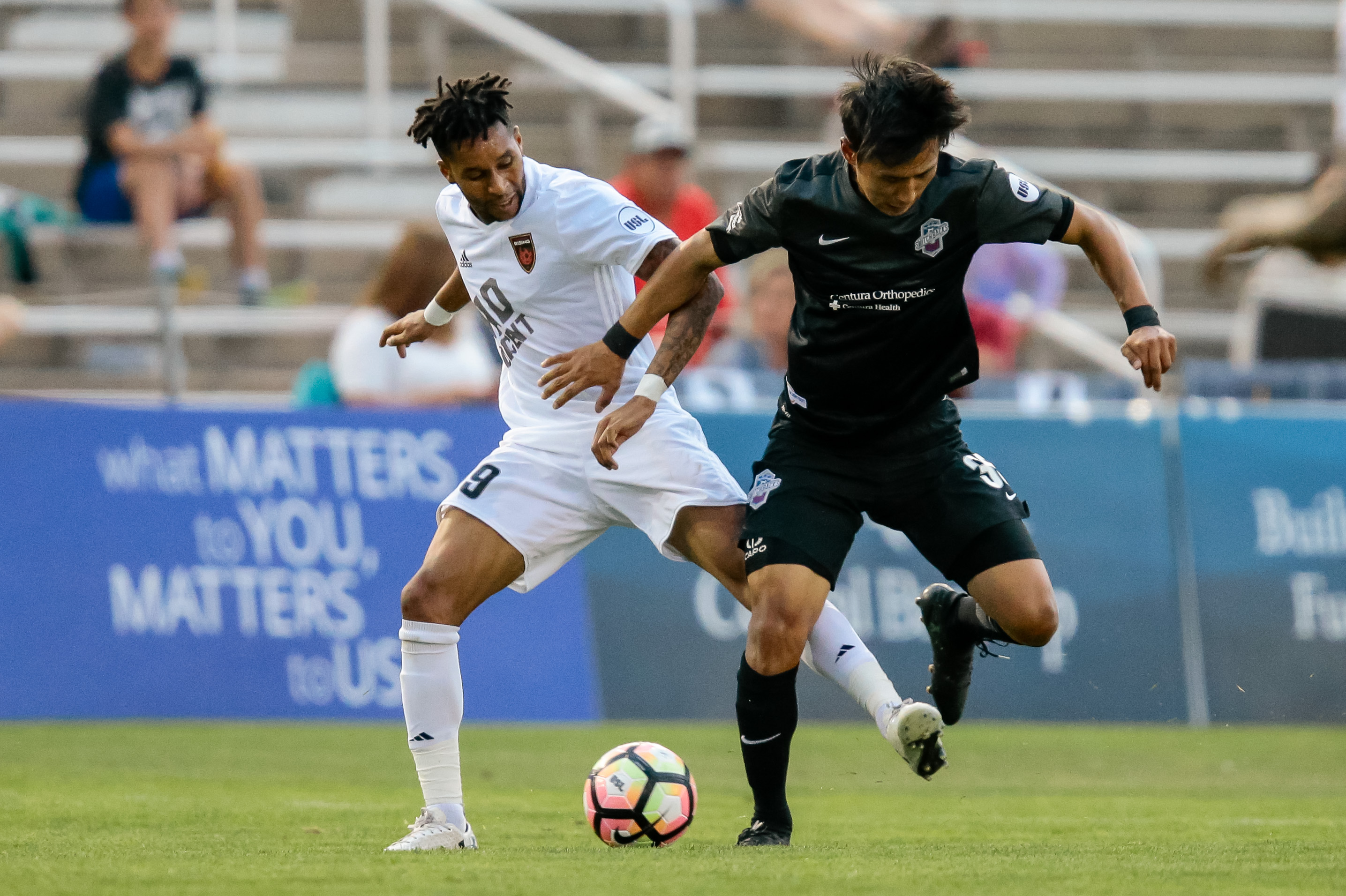 AJ Gray scored the winner for Phoenix, capping an excellent week of work off the bench.

Rising FC’s nightmarish history in Colorado Springs nearly repeated itself in the second minute, when Switchbacks FC’s Kevaughn Frater launched a deadly free kick off of Phoenix goalkeeper Josh Cohen’s crossbar, and the rebound was put in the net off the head of USL veteran Luke Vercollone. Vercollone, however, was whistled for a foul on the play, and Phoenix would escape the moment.

Shaun Wright-Phillips almost turned the tables in the 7th minute, when he hit a bouncing ball first time but watched it fly harmlessly wide of the Colorado Springs net.

Rookie striker Matthew Hurlow-Paonessa tried to turn a nifty Amadou Dia cross on net in the 16th, but his header was off the mark. A moment later, Switchbacks danger man Shane Malcolm put the fear in Cohen with a bending effort from inside the box that just missed.

Cohen stood tall by sliding low in the 21st, when he went to ground to collect the cross of Colorado Springs’ Josh Suggs, right in front of the charging Malcolm.

On-loan midfielder Sam Hamilton had an excellent look at goal in the 25th, after some fancy footwork by Dia set up a nice play in the box, but Hamilton shot well wide.

Just before the half, a frantic moment in front of Cohen’s goal was followed by a save from the Phoenix netminder, and a dangerous cross from Dia in across the home team’s net that went frustratingly incomplete.

Dia would break through for Phoenix in the 50th, dribbling past Shawn Chin, just acquired from San Antonio, and blasting his shot through the hands of Switchbacks ‘keeper Moise Pouaty, who had been excellent on the night. The goal was Dia’s second of the season. Both goals have come in the past week.

Kody Wakasa gave flight to a lovely long ball in the 68th, which Hamilton was able to chase all the way to the endline. A 2017 first-round SuperDraft pick of the Colorado Rapids, Hamilton fought off a defender, and found Wright-Phillips wide open in the box. SWP one-timed a perfect, looping pass to the back post where Hurlow-Paonessa was unable to turn the ball on goal.

Cohen reacted nicely to a cross by AJ Ajeakwa, also acquired from San Antonio, in the 74th, building on his recent USL Team of the Week honors with a clutch save at his crossbar.

Phoenix star scorer Jason Johnson subbed in late in the game, and in the 79th he made Pouaty work with a point-blank strike that Pouaty turned directly back to Johnson. Johnson’s off-balance follow-up effort went well wide.

Rising FC would rue its many missed chances in the 83rd when Suggs beat Wakasa to the Phoenix box and placed a pin-point cross for the charging Ajeakwa, who scored on Rising FC for the second time in his second uniform of the season.

Gray struck his winner in the 86th, when he controlled a header from Johnson at the top of the box, and took his revenge on Suggs, beating the Switchbacks veteran and the goalkeeper with an expert curling goal to the bottom left corner. Six minutes of stoppage time saw Colorado Springs throw everything at Phoenix, but the score would hold for the historic finish.