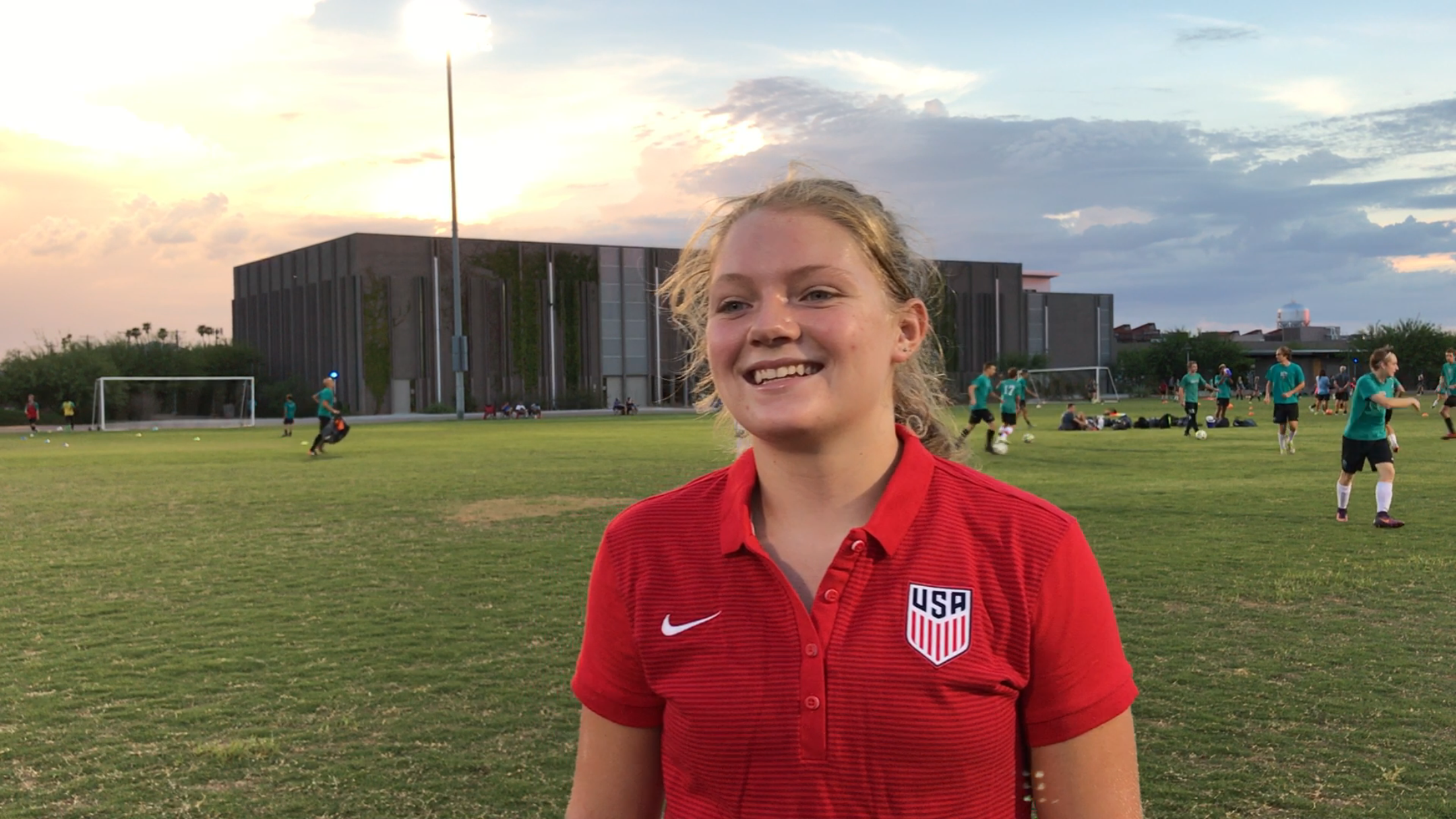 Arizona native Mollie Griswold is one of 24 players who have been named to the U-16 Girls’ National Team roster for an upcoming domestic camp by head coach Kacey White.

“I was at my neighbor’s house and my mom got USA balloons and called me over the house,” Griswold said, noting that this is her first ever call up to the U.S. National Team. “I looked on my table and the email was printed out. I looked at it and was amazed and excited.”

Giswold, who competes for the Arizona Arsenal 01 Premier Teal Girls, will join the U-16 team at the Elite Athletic Training Center in Chula Vista from July 23-30.

“I’m looking forward to the competition. Playing with the best kids from all across America and learning from amazing coaches that have proven success.”

This is the third domestic camp of the year for the U-16s. This group of players will spend two years as the U-16GNT before moving on to the U-18s. All of these players, including Griswold, are age-eligible for the 2018 FIFA U-21 Women’s World Cup, which has an age cut-off of player born on or after January 1, 2001. These players will eventually be the core of the age group for the team that will attempt to qualify for the 2022 FIFA U-20 Women’s World Cup.

Below is a list of all the players called up: