Adidas is at it again, winding down the summer months with a bold and brash color update to their tried and tested footwear with the Pyro Storm Pack. 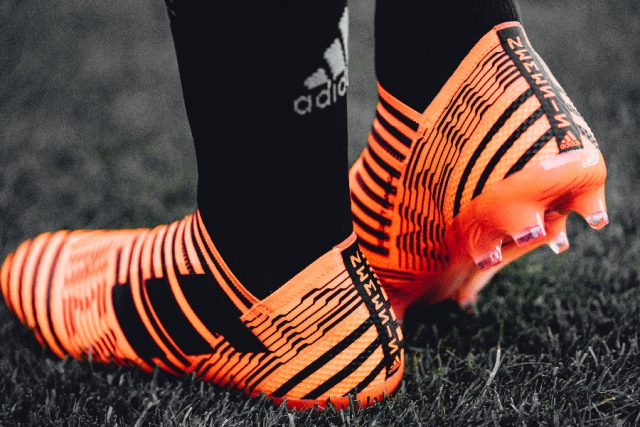 The Adidas Nemeziz 17+ 360 Agility cleats have been worn by elite players around the world like Julian Draxler, Juan Mata, Roberto Firmino and Jesse Lingard. These cleats are designed for the players who bend reality to their demands with their movement on and off the ball and their incisive technique. Featuring Adidas’ 360 torsion tape technology, the Nemeziz line provides a secure fit, support, and adaptability to their wearer all while enhancing the natural instincts of dynamic players.

As with previous colorways of the Nemeziz, the Pyro Storm’s Solar Orange/Core Black/Core Black iteration is founded upon the inspiration derived from the process of taping, for increased stability and agility. Taping comes from a common ritual in ancient battle for both physical and mental strength, and that fortitude is apparent when Draxler is pumping in volleys from ridiculous angles. 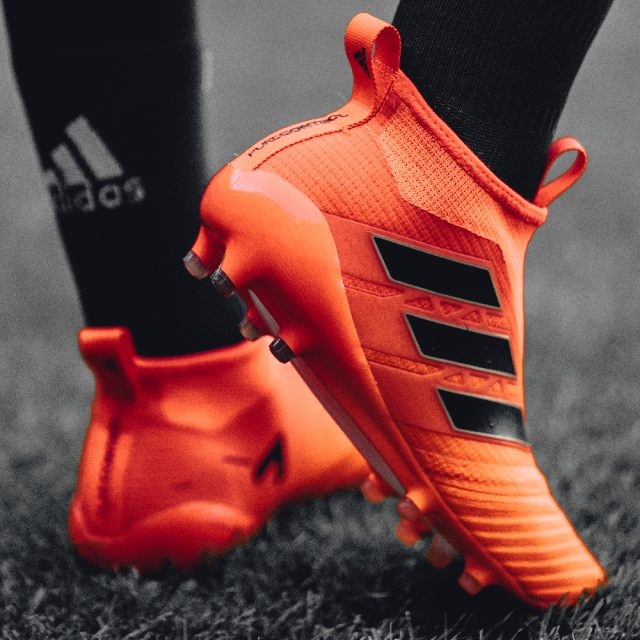 Up next in the collection? The ACE 17+ Purecontrol. Worn by players such as Paul Pogba, Mesut Ozil, Ivan Rakitic and Dele Alli, these cleats are for players who command authority across the field. Whether you control the tempo with passing or movement off the ball, the Solar Red is sure to give opponents cause for concern. The trademark BOOST innovation is on show through the transparent soleplate and the Purecut Sock System provides an optimal fit to help lock the foot in place when moving at speed on pitch. 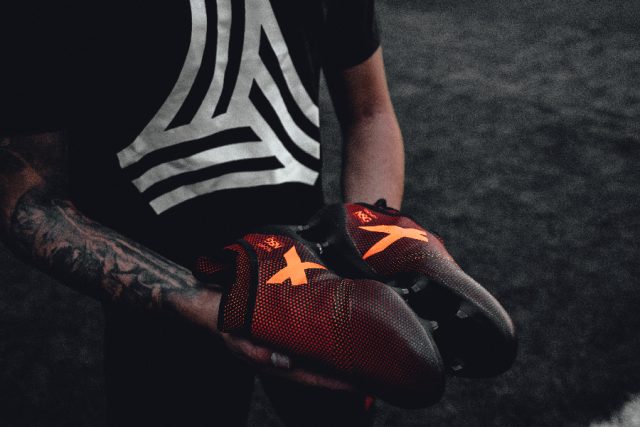 The Adidas X 17+ PURESPEED FG’s Solar Orange/Core Black/Solar Red color update is by far the fiercest of the four silos Adidas has created. Designed for creative speedsters, the X17+ features a laceless Non-Stop Grip speed skin upper simplified to create cleaner lines. With a Sprintframe outsole and a comfortable compression fit added to the mix, it’s no wonder attacking players such as Gareth Bale, Luis Suarez and Gabriel Jesus have selected this style for their feet.

The Adidas Pyro Storm is available now from soccerloco.com

Newer Post
The Role of a Parent in Youth Soccer
Older Post
Colorado Rush Roll Onto the next U.S. Open Cup Qualifier Round