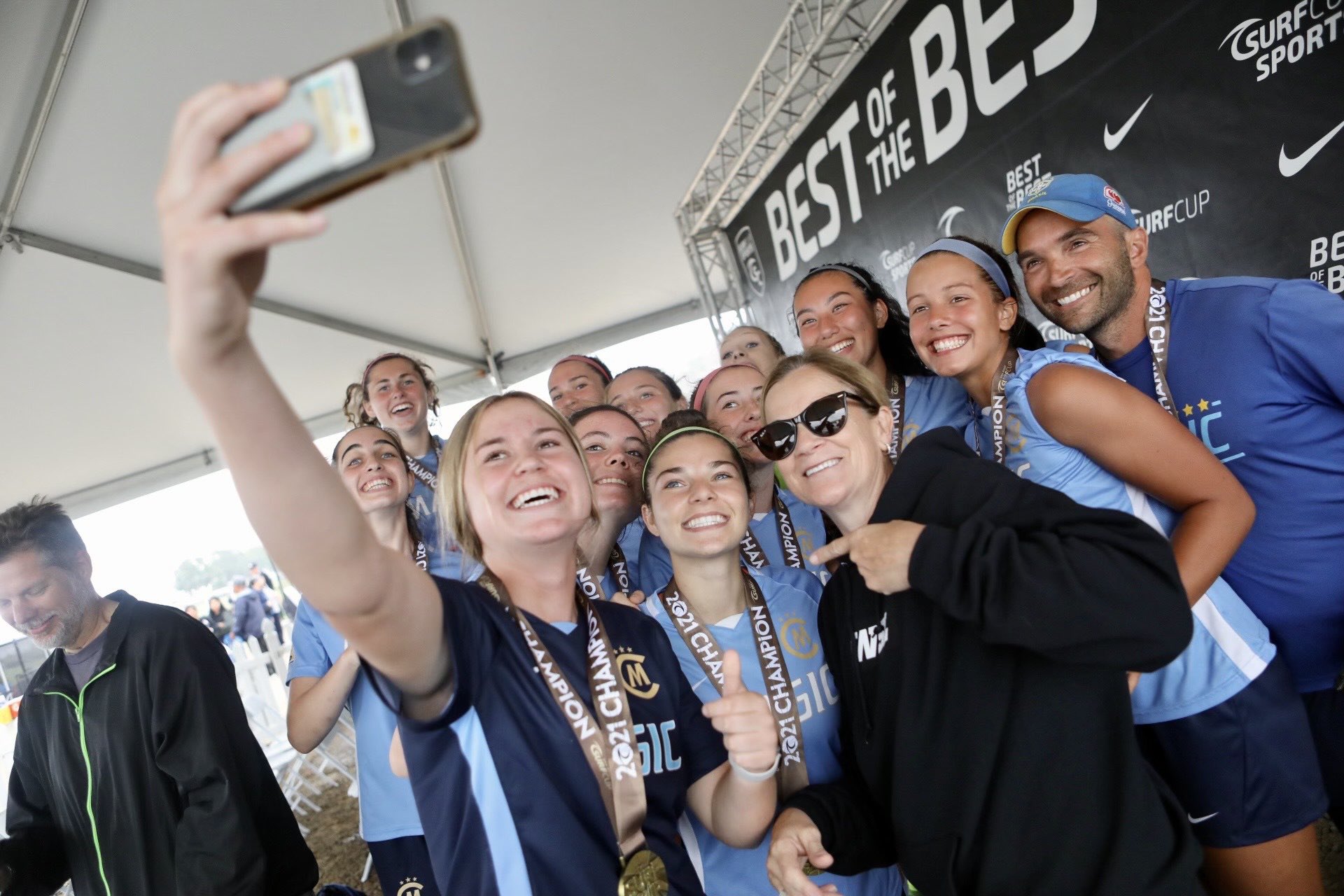 Want to Choose the Name for NWSL San Diego? Here’s your chance

NWSL San Diego wants your input. Help name the team. Tell them what is most important to you.

I had the opportunity to interview Alison Williams who is the head of brand and community to San Diego NWSL. She shared her insights as to how the opinions and views of the nascent fanbase will be incorporated to create a look and feel that is true to San Diego.

The team is one of two expansion franchises who are set to begin play in 2022 along with Angel City FC (Los Angeles). San Diego NWSL recently sent out a survey (see below) over social media as part of their reach out efforts to get community involvement as to the name, colors, crest for the team which will be coached by international soccer legend Casey Stoney.

SN: How did you come about deciding on the first question of your survey and which other questions were important to ask?
AW: This is our first chance in earnest to go to the community and say that we are a club that’s coming to this area. A lot of folks in our front office, specifically the folks who work there now, are not necessarily native to the community. I don’t want to assume that we know what’s important to the community and build something that’s incongruent to what matters to the folks who are actually there and who have built the foundation of soccer in San Diego that is so powerful that we hope to be part of and to build on. That was the first entry to be like hey, this is your club as much as it is ours. What are your priorities? where is your focus as a potential fan? We will be as successful as the community around us empowers us to be so what does success look and feel like to the community is a really important first thing to understand.

SN:And how did you decide on what else you needed to find out on the survey?
AW: It was in conversations with people, I have talked to a lot of people in and around the area of San Diego and in and around the game of soccer and just wanting to make sure that the San Diego that we are building a brand and a club for is the San Diego that San Diegans want to reflect in that brand and in that club. My assumptions will never be as strong as an assertion by the community.

Will there be a mascot?

SN: Any considerations on a potential mascot for the team?
AW: There’s kind of an order of operations of things that need to happen first. The team name will be one of the first dominoes to fall, it will bring a color palette, it will bring a crest to life and whether or not we have a mascot, I want that to come from the community. The reality is if we do have a mascot or if we don’t, I feel that will be an organic outgrowing of what the community and what the supporters want, so I can see it happening maybe in year one maybe in the future maybe never, it’s not something that I can strictly say yes or no because we don’t even have a name for the club yet.

SN: Will there be a focus on reaching out to the Latino and Spanish-speaking fan base as well?
AW: On the field and off the field we want to reflect what is San Diego and you can’t reflect San Diego without embracing the Latinx, Hispanic and Spanish-speaking community so that is something that I’m actively pursuing. If soccer is a game for everyone and football is a great unifier then our club needs to stand for that unity and bring that unity to life and personify it.

When will we know the team’s name?

SN: Is there a set date when the final announcement will be made and for how long opinions will be considered with regards to the team?
AW: We have some milestones and timelines in place just to make she we get the name and we get our colors. Obviously, we have a pretty short runway before we have a team on the field in March. I will say that in the coming months all that will be shared with the public.

What I keep saying is:

Fill out the survey below to let NWSL SD know what you’d like to see on the field and in the community:

Create your own user feedback survey