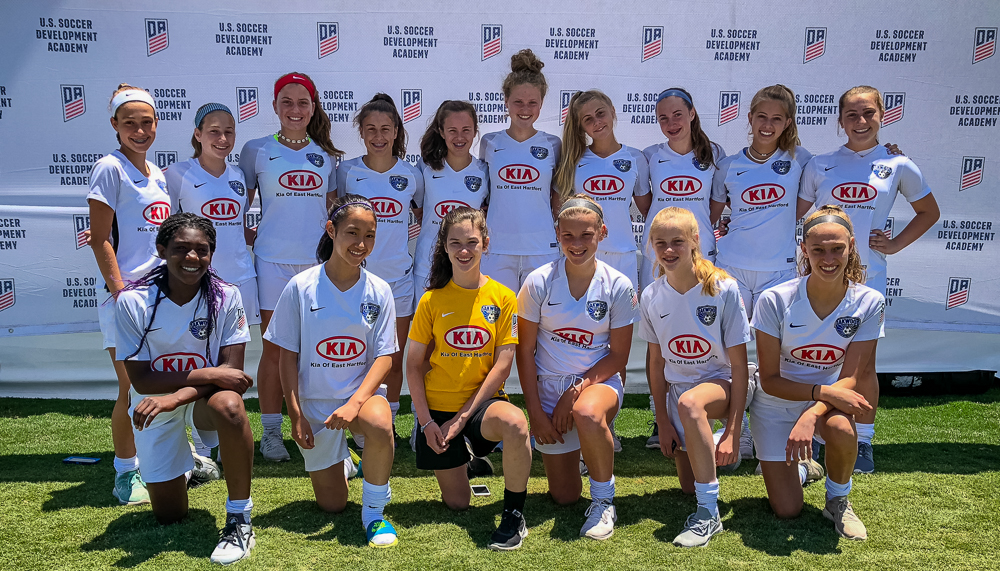 The inaugural U.S. Soccer Girls' Development Academy is in the books. After regular season play wrapped up, teams from across the country travelled to

The inaugural U.S. Soccer Girls’ Development Academy is in the books. After regular season play wrapped up, teams from across the country travelled to Southern California to compete in the USSDA Girls’ Showcase and Playoffs in Oceanside, CA.

One of those teams was Oakwood Soccer Club‘s Girls U-14 team from Connecticut.

I caught up with this team of poised and friendly young ladies before they began warmups for their first showcase game at the So Cal Sports Complex in Oceanside. 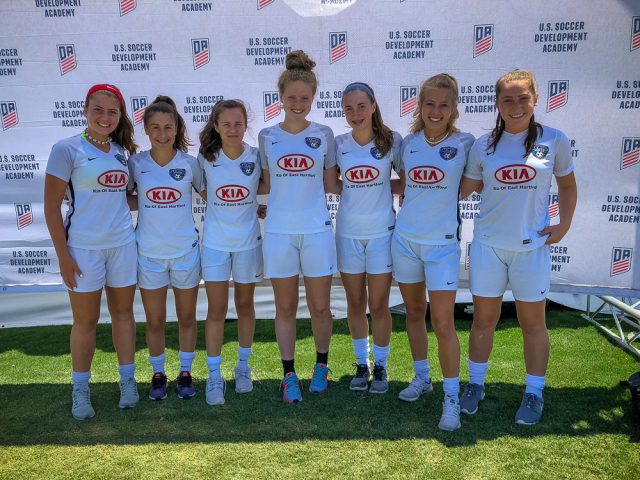 CS: How has the event been going so far?

Oakwood:  We haven’t played yet, but we love it here.  We’re playing a team from Kansas in a few hours.

CS: Kansas! That’s pretty far from Connecticut. Have you ever played them before?

CS: What grade will you all be in when school starts?

Oakwood: We’re mostly going into ninth grade. We have some girls who are going into eighth grade and one girl who’s playing up with us who’s going into seventh grade. But most of us are starting high school.

CS: So this is your first year with the DA. What league did you play in before:

Oakwood: We played NPL before.

CS: How does DA compare?

DA is much more competitive! We definitely didn’t dominate like we did in NPL, and we all improved so much.  We got more fit. Our soccer got a lot better. The subbing rules for DA are a lot different, too, and you have to be much more fit for DA.

It’s cool to play teams from all over in DA. We went to Seattle, and North Carolina, and now here [to SoCal] for DA. 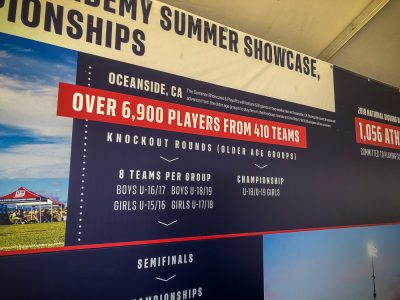 The level of competition is a lot higher than it was in NPL.

CS: Is your big goal to play in college?

Oakwood: YES! We all want to play in college.  Our dream schools are USC, UCLA, UNC, Florida State, and Duke.

CS: Are any of your players in the National Team pool yet?

Oakwood: No, but we see a lot of US scouts at our game, and that’s a big goal, too.

CS: So when you start high school, are you girls going to stay together and play another year of DA?

Oakwood:  No, our team is breaking up next year because we’re all going to high school. Some girls want to play high school soccer, and some want to stay DA.  So some girls will stay DA and some girls will go back to NPL. And some will go to another club and play ECNL.

CS: So for the girls who want to play high school soccer, you’re OK giving up the DA-level of competition so you can play for your high school?

Oakwood: Yeah. When you go to high school and play high school soccer, it’s cool because your team is all coming together for one purpose. You’re part of something bigger. You’re playing for your school with your friends who you’re with every day. That’s a great thing about high school soccer.  Our club will have a DA team, too, so it will be good for the girls who want to stay DA.

CS: Thanks so much, girls! You have to start your warmups soon, but let’s get a team photo before you go! 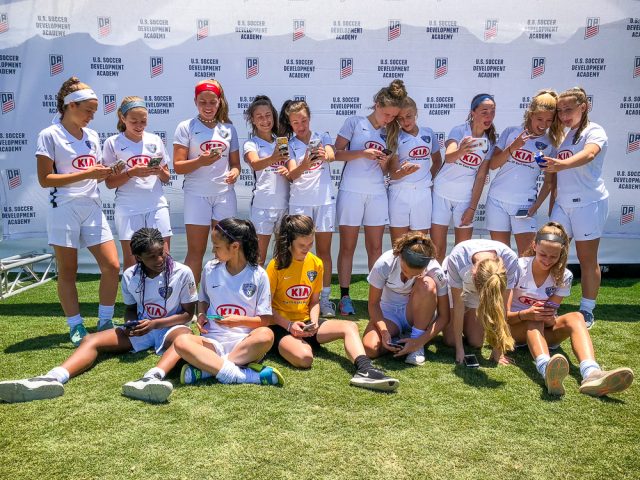 Do you have a team you’d like to see featured on SoccerNation.com?
Email me! carey@soccernation.com