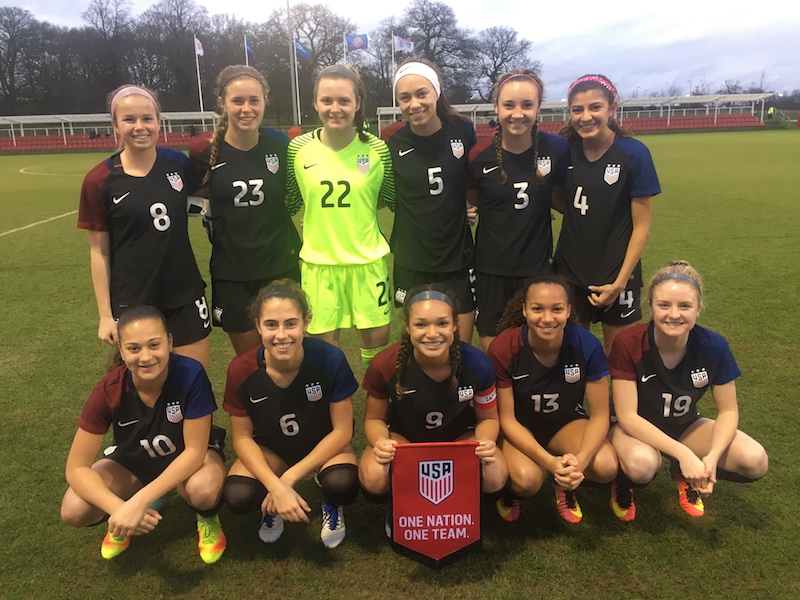 The beginning of the year is always a busy time for U.S. Soccer and the state of California. Many teams are gearing up for the upcoming year and as always, California is well represented. To keep you up to date with the best in local talent, we’ll be dropping these U.S. Youth Soccer Updates every other week.

The squad of 36 will face Club Tijuana’s U-15 and U-14 squads in two friendly matches on February 24.

U-14 is currently the youngest age group organized for competition in U.S. Soccer. At this time there is no indication that the age groups will be changed.

The U-18 Women’s National Team is currently in England this week for training and for two friendlies against England and one against Norway.

The squad has already faced England once defeating them 3-1 on Sunday. Then on Wednesday, the U-18’s defeated Norway 5-0. Against England, all three California natives played with Desiano and Nighswonger starting and playing the full match. Against Norway, both Desiano and Trevithick played.

The final match will be played against England on Saturday at New Bucks Head in Wellington, which is the stadium for AFC Telford United.